Lorenzo still coming to grips with Honda RC213V in Qatar 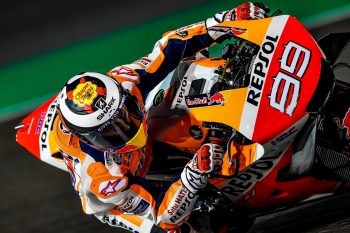 The Spaniard was able to spin laps aboard the machine late last year in post-season testing, however a fractured scaphoid sustained at the beginning of the year stripped him the opportunity of completing three days of valuable testing at Sepang earlier this month.

Lorenzo was able to improve his time by one second on day two, winding up 19th on the timesheets, targeting a refined set-up that will benefit corner entry in today’s final outing.

“Today was better than yesterday,” Lorenzo declared. “We modified the bike to improve my feeling and confidence across the whole circuit. You can see we’ve improved by over one second, the position isn’t much better but we are much closer to the front – this is the most important part.

“Tomorrow we’re aiming to make another step forward again, especially with corner entry as I think there’s still more to do there.”