ASBK victor on his stunning round victory at Phillip Island.

Making his return to racing in Australia after being sidelined for majority of last year, Aiden Wagner stunned the competition at Phillip Island’s opening round of the 2019 Motul Pirelli Australian Superbike Championship (ASBK) last weekend. The Yamaha-mounted privateer claimed pole position before lodging a stellar 2-1-1 scorecard, granting the overall win. Carrying a 16-point advantage in the standings, CycleOnline.com.au tracked down the youthful talent post race three to gather his thoughts on the weekend. 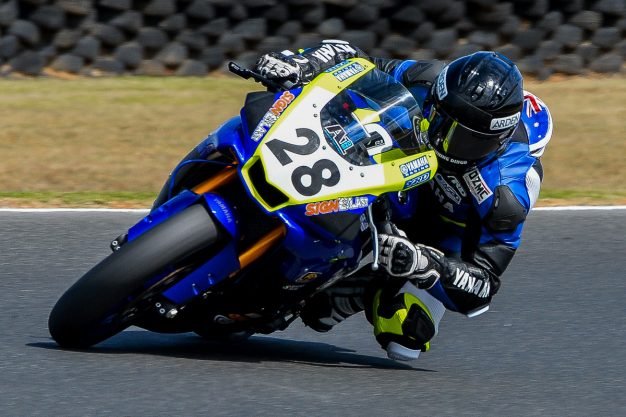 Firstly, congratulations. It’s massive to come out and come back to Australia and get a win in the sport. You must be pumped…

Yeah, I’m super pumped man – thank you very much. It’s great to get the round win and prove as a privateer package with some good guys behind me that we’re really strong. Although I am a privateer, there are some experienced guys building the bike and making it a pleasure for me to ride. We did a good job over the weekend, and to take the points lead is great for me and the team. I can’t thank everyone enough who is behind me and for all the support.

You came out pretty strong at the test, and then this weekend you came out swinging from the start – pole position then winning two out the three races. You were right there in the mix, did that surprise you as a performance, or when you decided to come back, you knew that’s what you wanted to achieve?

When I decided to make the come back, I knew that’s what I wanted to achieve. If I didn’t think it was possible, I wouldn’t have made the commitment to do it as a privateer – as everyone knows, it’s an expensive sport, so we’re still constantly looking for sponsors to help us along the way. I’ve got a lot of little helpers, but a big sponsor would be awesome and key to keep finishing on the podium. At this stage, I’m just going to take it race by race. I’ve been riding a lot of motocross leading up to the test and also the decision to come back. The speed was there on the motocross bike, so I was either going to go motocross racing or race a superbike, but I thought there’s never been a better time to jump into Aussie superbikes than now having lots of experienced guys up the front, with the likes of Troy Bayliss and all the guys that have won championships. To learn further off those guys is really good, but being overseas, I don’t think I lost experience as people may have thought – riding those bikes as the second rider, you don’t get the equipment that the number one rider is getting all the time, so that made me a better rider overall. I knew I could be strong, and it was late to make the come back, but I did it and we’re taking the points lead out of round one.

It’s a pretty good strike rate you’ve got on the superbike in Australia, obviously when you rode the factory Honda that time and then decided to go overseas. That result and this result – there’s just something about Aiden Wagner and a superbike in Australia that seems to have the ability to run up-front.

Yeah, definitely. I think jumping off the supersport bikes and onto the superbike is a good move on our behalf – like you said, when I rode the Honda, I adapted pretty quickly to the extra horsepower. I like being able to control the bike from the rear-end as well as the front-end – I like having that extra horsepower in my hands. I think it’s a good move, and riding motocross does bulk you up a little bit muscle wise, so it’s good to have that extra horsepower instead of trying to stay super lean for the supersport bike. I’m feeling really good after this round – we’ll go to Wakefield Park for a test in a few days, and just try to keep in the seat as much as I can. 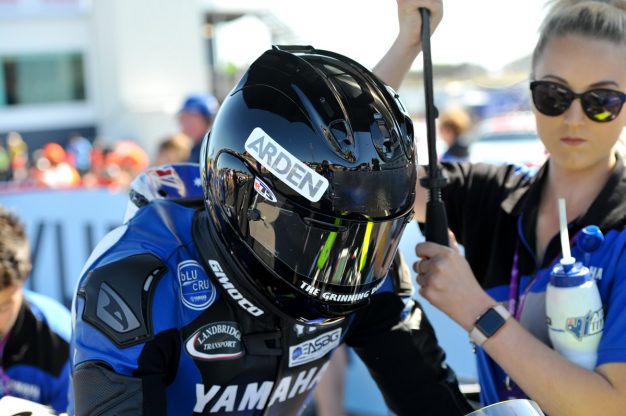 You’ve put in some good performances in WorldSSP here, and you’ve got that overseas experience – do you think your style is favoured to Phillip Island, or are you confident you can take this type of form into the tighter tracks?

My style favours to here, but also the tighter tracks. Riding a lot of motocross, a lot of the time it’s very rough and your on tighter tracks – some of the circuits we’re going to go to, that’s what we’re going to encounter. With the R1, it goes really well here, and I’ve done a couple of tests at Eastern Creek, and it goes really well there too. The tighter tracks are all in the bike set-up – I’m confident in Adrian Monte and Luis from Platinum Motorcycles to build a good bike for me no matter what circuit we show up to. Everyone’s in the same boat track to track, so hopefully we can work at every track we go to.

Thoughts on that race two incident? It obviously sparked a lot of debate online and in the pits. On the bike you’re obviously really aggressive and have that desire to win, but then off it you’re a pretty low-key guy. What was your take on it all?

I was coming in a lot faster than Wayne [Maxwell] into turn 12, he did run it wide and left a big gap of bitumen for me to run into. In the race before, that was my mistake where he passed me and got me to the line. I felt a bit bad for Wayne after the race, I tried to approach him on Saturday but it probably wasn’t a good time because everything was a bit hot-headed and that. After this last race, Wayne came down and everything is all good and everything has blown over. We did get a protest against us from that manoeuvre, but the clerk of the course and all the officials replayed it a million times – when we made contact I was slightly in front, and if you can slow it down frame by frame, Wayne tucked the front well before there was half a foot between us and made contact. In the race I saw in my peripheral vision that Wayne stood the bike up and tried to close the door a bit – there was a big patch of bitumen there on my way in and I committed early and I wasn’t going to back out of that commitment. I didn’t mean for anything to happen to Wayne and I’m glad he’s not hurt, but you know, there are going to be a lot of guys fighting at the front and bringing a lot of heat into the next rounds. It’s what we need – we need more publicity, more fighting at the front and overall it could be good for the sport.

Just finally, you’ve obviously been out of the sport and the spotlight for a year or so now, but you seem to have quite the fan base and strong following. Does that surprise you?

Yeah, it’s surprising. Someone made a comment this weekend saying the ‘the people’s champion’, so that was pretty cool. Everyone likes to see an underdog in any sport come up and do a good show. We’re just going to keep doing what we’re doing, stick with the guys, the team and everyone around me. Ryan Taylor’s been mentoring me and working on my bike, and these guys have built a great package and it’s good to have an experienced rider like him to help me along the way this season.