Fresh off one of the biggest weekends of racing domestically, we’ve got plenty to talk about in this week’s edition of Cycleview from Phillip Island’s opening rounds of the FIM Motul Superbike World Championship (WorldSBK) and Motul Pirelli Australian Superbike Championship (ASBK).

This week’s edition of Motoview features a solo contribution from myself, as Alex is still running around on projects after a mega weekend on the ground at the Island covering the WorldSBK and ASBK for CycleOnline.com.au and our Foremost Media clients.

Where do I even start? There was a lot to take in over the course of the weekend, especially with such incredible racing across both championships.

Quickly touching on the WorldSBK, Alvaro Bautista (Aruba.it Racing – Ducati) served up a thrashing on the competition – dominating races one and two with well over a 10-second advantage in each, while in the Superpole race, he battle defending four-time champion Jonathan Rea (Kawasaki Racing Team) to the line, completely dominating the event with pole position and three race victories. 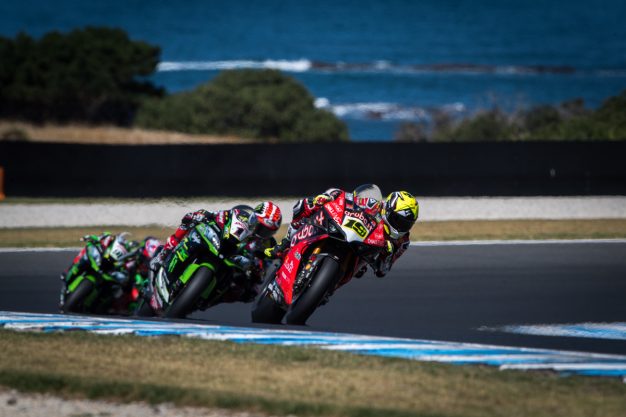 Not only was it his first ever time out in WorldSBK, but it was also the first time Ducati rolled out it’s all-new Panigale V4 R. In the hands of Bautista, the bike worked flawlessly as he was step above the competition, but on the other side of the garage, long-time Ducati rider Chaz Davies seemingly struggled all weekend, unable to enter the top five in any of the three occasions.

Another surprise from the weekend was Leon Haslam’s return to the championship and just how competitive he was – by no means did we count him out, but, being away from the world championship for a number of years, we anticipated a few rounds to roll by before we saw what he demonstrated over the weekend. It was incredible work from the British talent, and he’s an exciting addition to the series this year.

If round one of the ASBK is anything to go by, then we’re in for one of helluva year. There is so much depth in the field this season, and it’s going to be tough to anticipate what will happen on any given weekend. Yamaha-mounted privateer Aiden Wagner showed he had speed during testing, and he more than showed he’s a serious title contender at round one, winning two of three races.

It didn’t come without controversy – the number 28 making a desperate move on Wayne Maxwell (Team Suzuki Ecstar Australia) at the final turn in race two for the win, which unfortunately resulted in the pair colliding and Maxwell receiving the short straw, crashing heavily while being forced to accept a DNF – a bitter blow after taking out the win in race one. 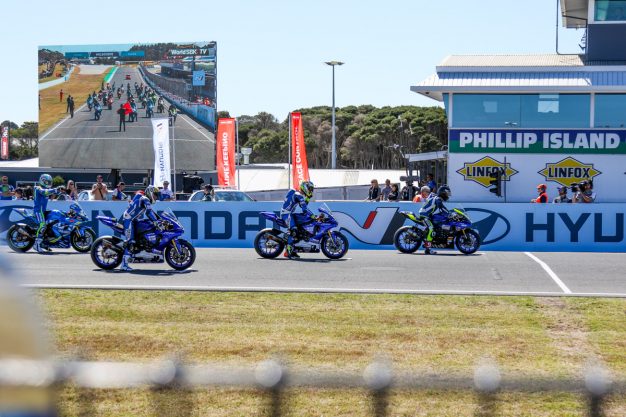 Wagner spoke to CycleOnline.com.au on Sunday – the day after the incident – and said they cleared the air, which is great to hear. With so many capable riders, it’s not going to be the last time things get heated up front. Roll on round two at Wakefield Park!

Just one more thing before I sign off, three-time Superbike world champion underwent surgery on Tuesday to repair damage to his fingers on both hands, each sustained in separate crashes – the race one crash ultimately ruling him out of the weekend. It looks like the DesmoSport Ducati rider also had some hardware removed from his ankle, making the most of some downtime.

Speaking of the DesmoSport Ducati crew, they uncovered Bayliss’ race-spec Panigale V4 R on the weekend. While he’s yet to pilot it competitively, it will be interesting to see how the new machine goes with Bayliss in the seat, especially with the strong showing from Bautista in the WorldSBK. There’s no word on when they’ll roll it out for racing, but I speak for everyone when I say I hope it’s sooner rather than later.