Qualifying performance costly according to Staring

Western Australian shy of the podium at the first round. 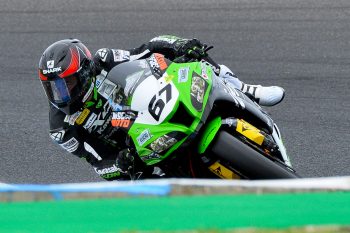 Bryan Staring believes his qualifying performance at Phillip Island’s first round of the 2019 Motul Pirelli Australian Superbike Championship (ASBK) is what ultimately cost him in the overall classification.

The Kawasaki BCperformance talent, piloting the new ZX-10RR, qualified an uncharacteristic 10th, forcing him to navigate his way through the field in all three outings hosted over the duration of the weekend.

He charged to an impressive third in race one followed by fourth and eighth place finishes in races two and three, granting him fifth overall – just two points shy of the podium.

“The weekend wasn’t too bad at all,” Staring commented. “I’m quite frustrated with my qualifying performance, because overall that’s what cost us a better result this round. I managed to get away with it in the first race, which was good for the confidence to stand on the podium early on in the series.

“One podium was good, fourth in race two was also good, but today’s eighth place was a killer for us in points. Fortunately, I’ve come out of the first round with three decent finishes and we can now attack the championship from here. The team put in a big effort this weekend, so a big thanks to them.”

The round was won by Yamaha-mounted privateer Aiden Wagner followed by Cru Halliday (Yamaha Racing Team) and Josh Waters (Team Suzuki Ecstar Australia). The next stop on the ASBK calendar is scheduled for 22-24 March at Wakefield Park in New South Wales.