Analysing the 2019 pre-season performances of standout riders so far.

It’s been a rapid pre-season in MotoGP ahead of the 2019 season-opener in Qatar on 10 March, with a mixture of teams and their riders displaying significant potential so far. Of course, riders first hit the track on their new teams together last year directly following Valencia’s finale, however for the purposes of this feature we’ll be referencing the more recent Sepang and Losail Circuit tests – specifically the top three riders at the conclusion of each outing – that both took place this month. As you will see, the likes of Marquez, Lorenzo, Rossi, Dovizioso and co. have been further down the time-sheets, but if one thing is for certain, you can count on them to rise for the challenge as soon as the lights go out on round one. 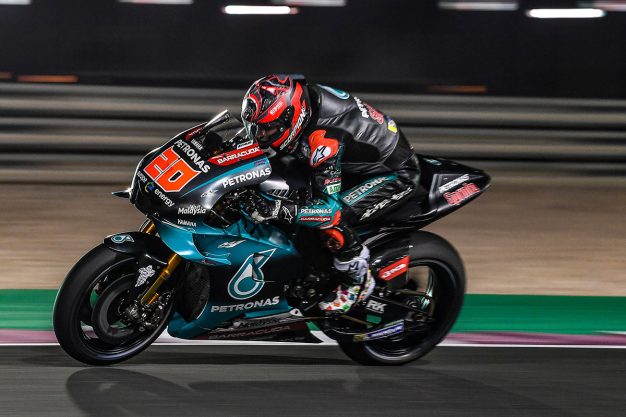 Rider: Maverick Vinales
Rating: A
Rundown: When it comes to consistency, Monster Energy Yamaha’s Maverick Vinales has been most impressive of this bunch in 2019. The Spaniard was fifth on the charts at Sepang and then ended Qatar’s test quickest of all, although he has stated they’ll still need to improve if they’re to challenge at the front come race-time. It’s an important year for Vinales, but so far, so good on the factory YZR-M1.

Rider: Fabio Quartararo
Rating: B
Rundown: It’s been a pretty seamless transition to the premier class for Fabio Quartararo with Petronas SRT Yamaha, proving to be incredibly impressing already by concluding the Qatar test in second position. Only a couple of tenths in arrears of Vinales, he had a lot of heavy-hitters behind him earlier this week, although things weren’t so easy at Sepang when he was further down the charts in 16th overall. Still, he’s been solid.

Rider: Alex Rins
Rating: B
Rundown: Something tells us it will be a huge year for Alex Rins at Team Suzuki Ecstar, established as the lead rider and certainly being capable of making the most of his factory GSX-RR. Rins was only 12th at the first test, but under lights at Losail he managed to place third – including leading on day two – and that will do a lot for his confidence entering the opener. 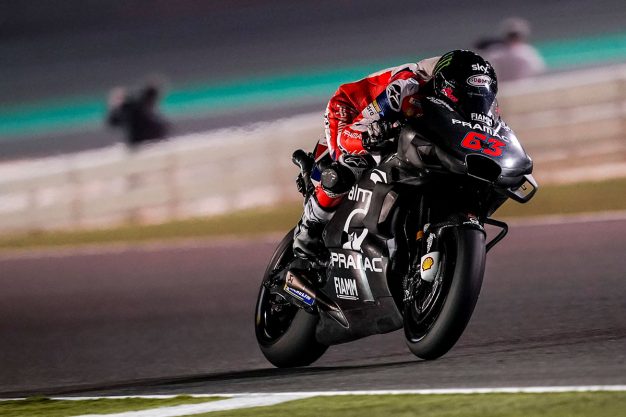 Rider: Danilo Petrucci
Rating: B+
Rundown: If it’s going to be a big year for Rins, it’s going to be even more vital for experienced Italian Danilo Petrucci in his first season with Mission Winnow Ducati aboard the factory Desmosedici. On a single-year contract and with the likes of Jack Miller lining up to challenge for his seat, Petrucci was fastest of all at Sepang and then wound up 10th following Qatar’s second outing.

Rider: Francesco Bagnaia
Rating: B
Rundown: We knew that Francesco Bagnaia would be supremely quick in MotoGP and he has been from the outset. The Moto2 graduate was a brilliant second at the conclusion of Sepang, then ended up 13th in Doha as he learns his MotoGP craft. Remember, he signed for Pramac Racing over a year ago now, so there’s a lot of expectation to be placed upon the 22-year-old and there’s a good chance he will deliver accordingly.

Rider: Jack Miller
Rating: B
Rundown: Now armed with the factory Ducati Desmosedici GP19 at Alma Pramac Racing, the time is now for Australia’s own Jack Miller to make his mark in MotoGP. After completing the Sepang test in third and then being 11th in Qatar, the Queenslander is in the ballpark and we all know he will be even more competitive once the race weekends arrive. Most importantly, he’s comfortable on the bike and has shown good race-pace, which bodes well for the beginning of the series.