All eyes are looking ahead to Losail Circuit’s opening round of MotoGP this weekend in Qatar, which Jeremy will go into more detail on below, but closer to home it was the unofficial Australian Superbike Championship (ASBK) test at Wakefield Park that captured much of the attention earlier this week. Welcome to Cycleview on CycleOnline.com.au.

Surprisingly enough, there was timing throughout the two days in Goulburn through Natsoft and, in the end, Team Suzuki Ecstar Australia’s Wayne Maxwell sat atop the charts with a 57.6592s lap-time. That was less than a tenth quicker than reigning champion Troy Herfoss (Penrite Honda Racing), setting up an intriguing showdown for round two later this month.

Obviously it’s the race-pace that matters most, and we know both Maxwell and Herfoss will be there when it counts over the long distance. With the type of layout that Wakefield has, it always produces tight competition and spectacular racing when the lights go out.

Phillip Island victor Aiden Wagner was getting himself acclimatised with Wakefield Park again and was within half a second of newfound rival Maxwell and we’re interested to see what type of threat he will pose come the second round. On a privateer YZF-R1 and displaying plenty of grit at the opener, he will be out to prove he isn’t a one-track-wonder and that it was no fluke that is for sure. 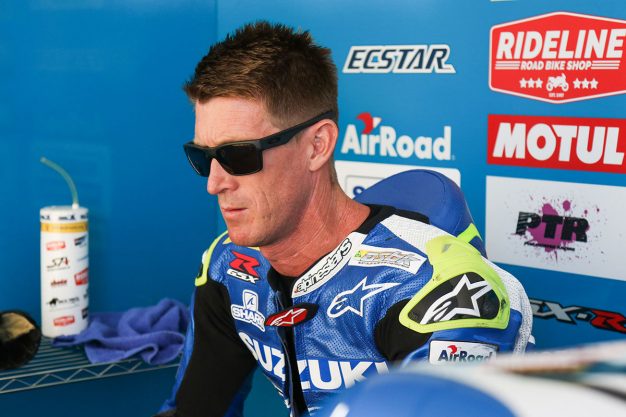 That wasn’t the entire story however, as over at DesmoSport Ducati while Troy Bayliss recovers from his hand injuries sustained at Phillip Island, former champion Mike Jones was reunited with the factory-supported squad. Although he wasn’t using a transponder for whatever reason, all indications are that he was actually quicker than those registered on the time-sheets in the low-mid 57s.

Jones doesn’t yet have a ride sorted for 2019 and put on a glowing performance in race three at Phillip Island aboard a very private Kawasaki, even posting a new lap record of 1m31.8s in the process. There’s no doubt he can ride, has sheer speed on his side and it would be mega to somehow see him on the grid – aboard competitive machinery – for the remainder of the season. Whether or not Bayliss will be fit for round two, we’re not certain, but either way Jones adds a bit of spice into the mix.

Another rider not using a transponder and only being present on day two was Maxima BMW’s Glenn Allerton, the triple series champion understood to have lapped in the low 58s on ageing Pirelli tyres. He will be back there for more laps prior to the race weekend, as will the DesmoSport team from what we know at this point. 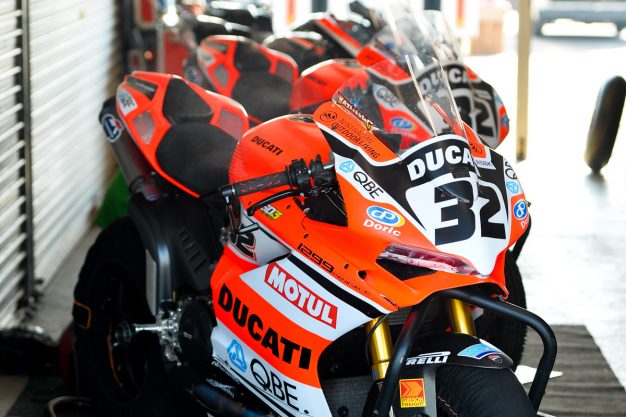 Maxwell’s factory Suzuki teammate Josh Waters completed day one but was an early casualty on Tuesday when he suffered a high-speed crash somewhere in the region of turns one and two early on in proceedings by all reports. The 2017 champion didn’t return to the GSX-R1000R from that point, so that cost him valuable track time as the day wore on.

Unfortunately it was also a major incident involving Mladin Racing Suzuki’s Max Croker that saw him airlifted out of the circuit, heavily crashing on entry into the final turn. I spoke to him this afternoon and he’s currently recovering in Liverpool Hospital with a badly damaged right hand, wrist and clavicle – the same one he broke last season. The 20-year-old premier class rookie is facing some time on the sidelines, but he’s in good spirits considering and we wish him the best of recoveries.

Yamaha Racing Team duo Cru Halliday and Daniel Falzon weren’t at this week’s test, but were there last week during a ride day and posted quick lap-times of their own – both said to be in the 57s. More specifically, it’s last year’s Supersport champion Halliday who recorded the fastest time of all in recent weeks at a 57.3s by our research, setting both he and also Falzon up to be in the mix come the race weekend.

Of course, the action extended this week beyond the Superbike class at Wakefield and there were a number of Supersport and Supersport 300 riders on track as well, each working to dial themselves and their equipment in as the second round draws nearer on 22-24 March. Here’s Jeremy with more… 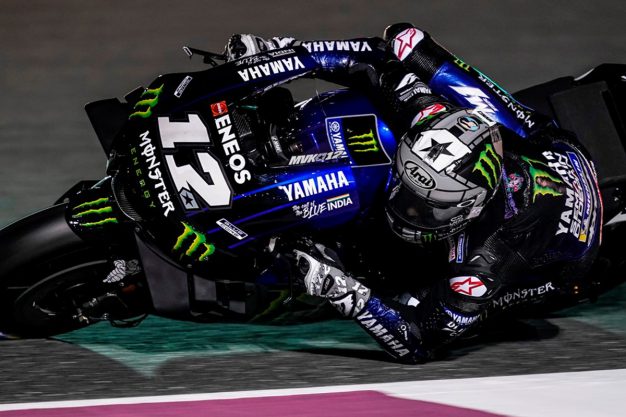 Finally, this weekend MotoGP begins! I feels like forever since the series wrapped up in November last year, but luckily we’ve had a couple of recent tests to tie us over in the meantime.

It’s going to be interesting weekend, and not just in the premier class, throughout all three categories. Qatar will mark the first competitive outing for the Moto2 division with Triumph-powered engines, which are set tear up lap records all year long. The class, along with Moto2, just wrapped up testing at Losail over the weekend, and there was hardly anything in it inside the top 10.

And how about Australia’s Remy Gardner? He was pipped for the fastest time day two, and returned on Sunday with a lap good enough to land him P3 on the timesheets. So far, his transition to ONEXOX TKKR SAG Racing Team is looking very promising. Lets hope he can keep on two wheels and steer himself to a podium finish, sooner rather than later.

Back to the premier class, the win is really anyone’s this weekend, but I’m thinking Maverick Vinales (Monster Energy Yamaha MotoGP) is the favourite to take out the top spot after performing so strongly in testing. Hopefully the Yamaha’s can return to strong form this season, and if they can, it should be an all out fight between Honda, Yamaha and Ducati for the crown.

Plus, you can add in Team Suzuki Ecstar’s Alex Rins to that battle – a rider I’m tipping to be a regular podium contender. As always, I’ll be backing Aussie favourite Jack Miller (Pramac Racing). He’s on a current-spec Ducati machinery this season, so I’m very excited to see what he can do with it. 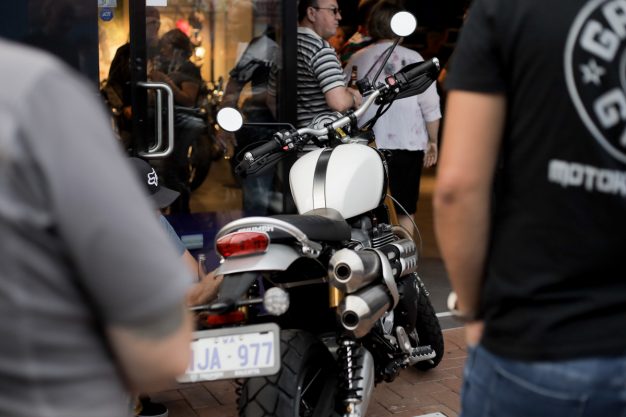 Just before I sign off, I had the chance to attend to the official welcoming of Triumph Motorcycles Australia’s latest dealership, Triumph Balcatta, last night at the Western Australian venue. At the same time, they launched the all-new Scrambler 1200 and Speed Twin range to riders and customers who were on-hand for the event.

Triumph UK chairman Lord Digby Jones was there to deliver an engaging speech about the brand, which was quite a special appearance – he happened to be in Perth lecturing at a local university, and didn’t want to pass up the opportunity to check out the newly-constructed showroom and speak to customers.

Also in attendance was Triumph Motorcycles Australia’s managing director Paul Chiodo, who welcomed the Cull family and its dealership to the company, along with presenting the manufacturer’s latest two models. He shared a few personal stories, and I caught up with him later for a chat, which I’ll publish in a soon to be released Industry interview.