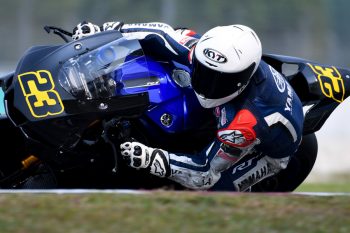 Broc Parkes says he was able to lay down a strong foundation in pre-season testing with his Yamaha Racing Team ASEAN YZF-R1 ahead of this weekend’s opening round of the 2019 Asia Road Racing Championship (ARRC).

Kicking off at Sepang International Circuit in Malaysia, the Australian is satisfied with his preparations leading into round one, which will see him return to racing on a Dunlop control tyre.

“Aside from Suzuka and Sepang, the rest of the circuits are unfamiliar to me,” Parkes explained. “This will be a brand-new challenge. I’m happy with the preparations so far – the team had had the opportunity to do some private testing at Sepang a few weeks ago. During the two-day pre-season test, we were able to lay a good foundation for the first round.”

“The spec of the bike is stock while I’m more used to bikes with more race specs. In a way, it feels closer to riding a 600cc. I have not raced on Dunlop tyres for many years. But I have been able to understand the tyres very quickly. I find it to be very consistent.”

Following this weekend’s season-opener, the ARRC will head to The Bend in South Australia for round two, scheduled to take place alongside the Motul Pirelli Australian Superbike Championship (ASBK) on 25-28 April.