Seven headlines from round one of the 2019 MotoGP World Championship.

With the much anticipated opening round of the 2019 MotoGP World Championship in Qatar now run and won, CycleOnline.com.au has pulled together the seven biggest talking points for this latest edition of Countdown! 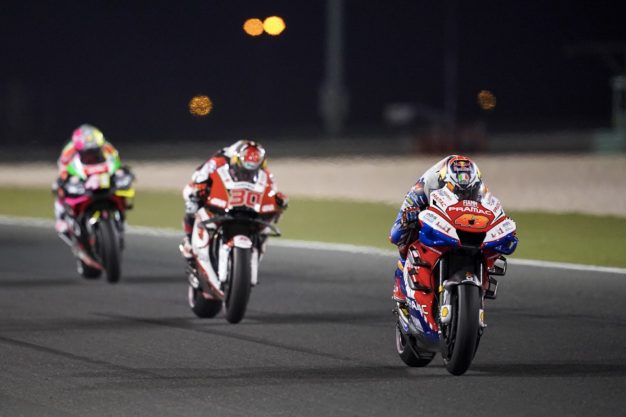 7. Zarco’s fresh start:
Last year Johann Zarco was battling for podiums, while this year he’s hopeful of finishing in the top 10. It’s a stark contrast, but it was always going to be a tough transition to Red Bull KTM Factory Racing as it embarks on just its third season in MotoGP. The Frenchman finished up 15th in Sunday’s outing and is confident he can be a top 10 regular with his current package.

6. Lorenzo’s Repsol Honda debut:
Jorge Lorenzo’s racing debut with Repsol Honda was always going to be tough after such limited time on the bike due to fracturing his wrist in the pre-season, however it was only amplified when he suffered two significant crashes on Saturday. Battered and bruised, he raced to 13th position after starting 15th on the grid.

5. Crutchlow surprises:
Having last raced at the Japanese grand prix in 2018 after injuring his ankle at the Australian stop one week later, plus add in a challenging pre-season of testing, no one tipped Cal Crutchlow to land on the podium – not even himself! Against the odds, he pushed through to wind up an impressive third.

4. Miller’s seat malfunction:
One of the more bizarre incidents we’ve witnessed recently was Jack Miller’s seat foam displacing from his Ducati Desmosedici GP19 in the just the opening laps, forcing him to relinquish a number of positions before retiring from the outing. The Pramac Racing ace later cleared why it occurred, citing an issue with the paintwork on the seat pan. 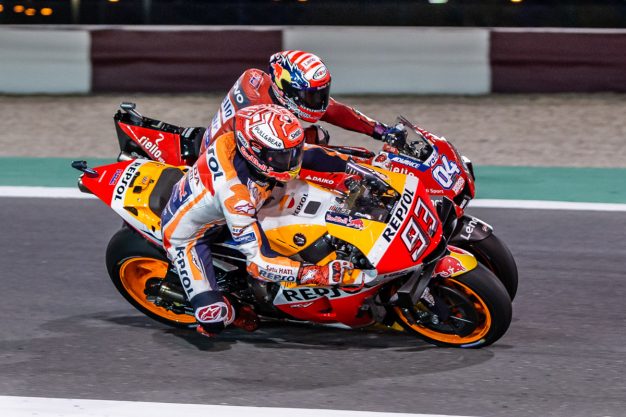 3. Dovizioso and Marquez rivalry rolls on:
Another year, another incredibly close finish at Qatar between Andrea Dovizioso (Mission Winnow Ducati Team) and reigning champion Marc Marquez (Repsol Honda). Last year it was 0.027s that separated them, and this year, it was 0.023s! It’s absolutely amazing stuff, and we can’t wait to see the rivalry roll on throughout the season.

2. Vinales doesn’t come through:
Lighting up the timesheets throughout testing and even landing on pole for the season-opener, the best Maverick Vinales could muster up was a seventh place finish. While it looked like Yamaha’s woes were over, it appears the Monster Energy Yamaha MotoGP YZR-M1 still has room for improvement in race conditions.

1. Protests against Ducati:
Without a doubt the biggest talking point was the the protests against Ducati Desmosedici GP19 riders Dovizioso, Danilo Petrucci (Mission Winnow Ducati Team) and Miller, lodged by Aprilia Racing Team Gresini, Red Bull KTM Factory Racing, Repsol Honda and Team Suzuki Ecstar. The teams raised concerns over aerodynamic devices on the rear swing arm of the latest-spec Ducati, which has now been referred to the MotoGP Court of Appeals.