Questions answered on attractions of the 2019 Sydney event.

Despite rain affecting the 2019 edition, the International Festival of Speed hosted at Sydney Motorsport Park was a blast. In this edition of Q&A, we answer burning questions on the main attractions of the unique classic motorcycle racing event. 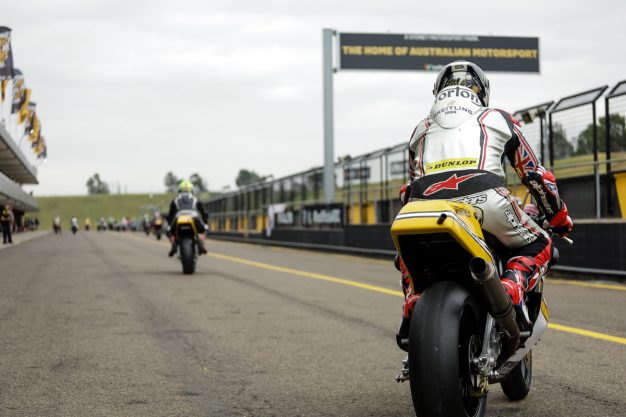 Q: Who made the trip to Sydney this year?

A: As always, there were plenty of international legends who made their way to Sydney Motorsport Park for the 2019 International Festival of Speed. Amongst the line-up spearheaded by the second most successful Isle of Man TT rider John McGuinness was Michael Rutter (IoM, Macau GP, and North West 200 winner), Glen Richards (British Supersport and Superstock champion), Jeremy McWilliams (250cc GP winner and former MotoGP rider), and Steve Parrish (former 500cc GP rider and factory team manager).

Q: Were they just there attending, or did they actually race?

A: They were absolutely racing, and had a good crack at it! Steve Parrish did sit out the weekend’s action and instead called the action for the fans on hand, while McGuinness, McWilliams, Richards and Rutter all piloted Team Winfield prepared machines. The best performer? That would be Richards in second position overall in the TT Cup, while favourite McGuinness suffered a mechanical in the opening encounter. 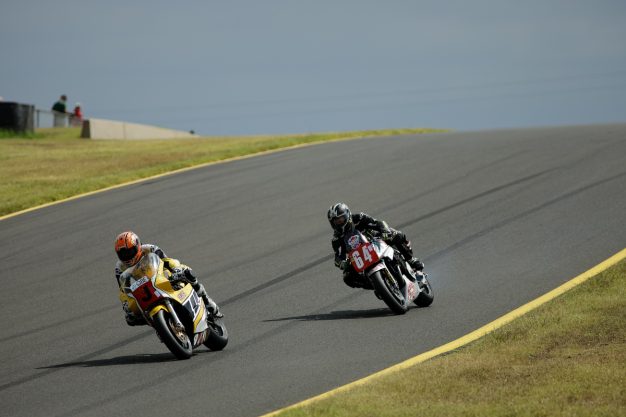 A:In the end, it was Paul Byrne who reigned supreme in the TT Cup aboard his DMR Motorsport prepared Suzuki XR 69. Five legs – or races – were initially planned for the TT Cup, however Sunday’s racing was abandoned due to heavy rainfall and dangerous track conditions. Richards was second – just two points shy of the crown – while Rutter completed the podium in third ahead of former grand prix winner McWilliams and Aaron Morris.

Since it’s a festival, what else was happening trackside?

A:Aside from on-track action, which consisted of 400 classic race bikes battling around the circuit, there was the ever-popular spectator parade laps, trade stands, motorcycle club stands and legends autograph sessions. One of our favourite aspects of the International Festival of Speed is complete public access to the pit paddock, allowing each and every one of us a chance to stroll through and feast our eyes on the incredible machines that riders and crew have built.