Following years on the grand prix circuit, Australian Remy Gardner earned his long-awaited career-first podium on Sunday at Argentina’s second round of the 2019 Moto2 World Championship. In this edition of Q&A, CycleOnline.com.au answers the burning questions surrounding his breakthrough result. 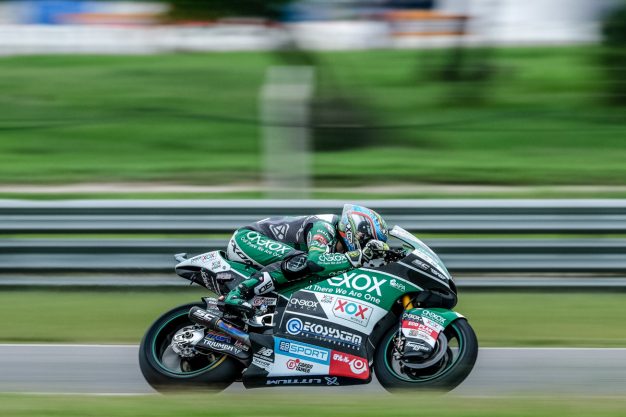 Q: Remy Gardner finally scored his first grand prix podium, how did it all unfold?

A: It was an incredible performance from the Australian, and a spirited one at that. Starting from the third row in P7, Gardner charged to the front of the field, leading the category for portions of the race. Things got close there for a while, and he almost won the 23-lap encounter, however a slight in error in the closing stages meant he came up just shy of P1 to earn runner-up honours.

A: It’s been an amazing start to year for Gardner, and it all started from testing when posted some pretty impressive times. He came out swinging at Qatar’s season-opener, and was denied of a career-first podium by the slimmest of margins, but found revenge in Argentina. Why? Well, the biggest change for the youthful talent this year is his transition to the ONEXOX TKKR SAG Racing Team, and of course, the new-era Triumph-powered engines – both of which have made a contribution. 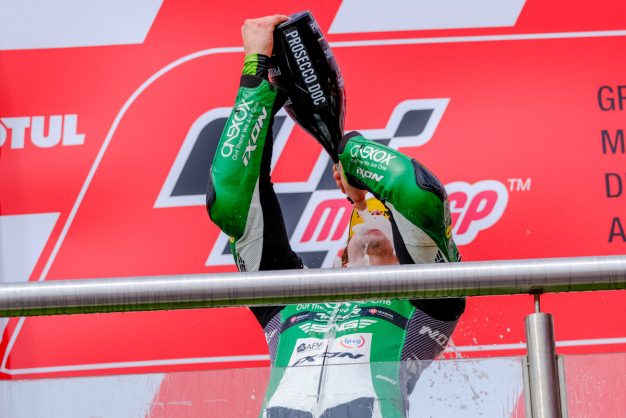 Q: He’s been grand prix racing full-time for four years, why has it taken this long for him to stand on the box?

A: Gardner entered the grand prix racing ring in 2014 where he made his first appearance in the Moto3 category, he joined the circuit full-time in 2015 and then graduated to Moto2 in 2016. From then onwards he’s shown glimpses of potential, but up until the beginning of this season, his career-best result was fifth. There are number of contributing factors, such as previously being on inferior equipment, and he’s recently come of age in the division – in previous years, Gardner has had his fair share of crashes, but so far this season, he’s been racing with great composure and maturity.

Q: Is this podium just the beginning for Gardner?

A: Absolutely! The 21-year-old has shown he’s more than capable of just challenging for podiums, but a race win is just around the corner. And, while it isearly days in the championship, you can’t discount his chances of contenting for the crown. He currently sits second in the series rankings, and if he continues to race with the previously mentioned composure and maturity, then it’s definitely not out of the question. After all, he is the son 1987 500cc motorcycle world champion Wayne Gardner.