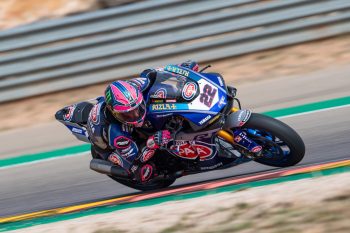 The Pata Yamaha Official WorldSBK rider wound up with 4-3-5 scorecard at Aragon’s third round of the 2019 Motul FIM Superbike World Championship (WorldSBK) on the weekend, allowing him retain third in the championship standings.

“After the podium in the sprint race this morning I was a little bit disappointed with fifth in race two, as I was expecting to be able to fight a little bit harder and longer with Jonathan and Chaz,” Lowes explained.It was nice to be battling with Leon again after a couple of tough races for him, and we were nice and close a few times, especially into turn one!

“It was good fun, but I just didn’t have enough to stay in the battle until the end. The last two rounds have been strong ones for us and I’ve really enjoyed riding the R1, but now we just need to find small improvements so that we can fight it out over the last few laps of the race. Now I can’t wait to get to Assen, a track I and the Yamaha enjoy.” 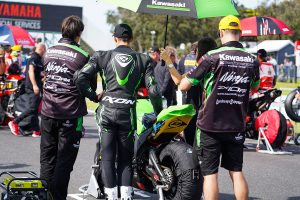