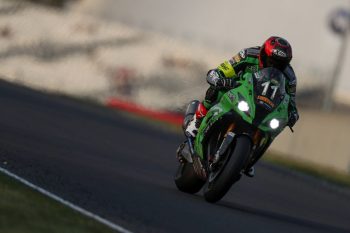 Team SRC Kawasaki France has captured victory at the Le Mans 24 Heures Motos for round two of the 2018-2019 FIM Endurance World Championship (EWC) in France.

The 42nd edition will be remembered as a 24-hour edge-of-seat duel on the track, as Honda Endurance Racing’s Randy de Puniet and Team SRC Kawasaki France’s Jeremy Guarnoni rocketed away from the grid, and the race came to an equally fast-paced finish featuring the same two teams, this time with Yonny Hernandez and Guarnoni in the saddle.

The suspense reached an even higher pitch when the safety cars came out to clean the track 15 minutes from the finish. Team SRC Kawasaki France carried the day thanks to Guarnoni, David Checa and Erwan Nigon’s determination to shake off Honda Endurance Racing’s de Puniet, Hernandez and Sebastien Gimbert.

Their amazing duel overshadowed a third-place finish by Suzuki Endurance Racing Team, who got back on the podium for their team manager Dominique Meliand’s last-ever 24 Heures Motos. The Suzuki’s riders Vincent Philippe, Etienne Masson and Gregg Black finished in practically the same lap as the duo in the lead.

Thanks to their win, and the fact of staying in command of the race from the fourth hour to the finish, Team SRC Kawasaki France has gone to the top of the provisional standings of the EWC, ahead of Suzuki Endurance Racing Team.

The next stop on the Endurance World Championship calendar is scheduled on 11 May for the 8 Hours of Slovakia Ring. 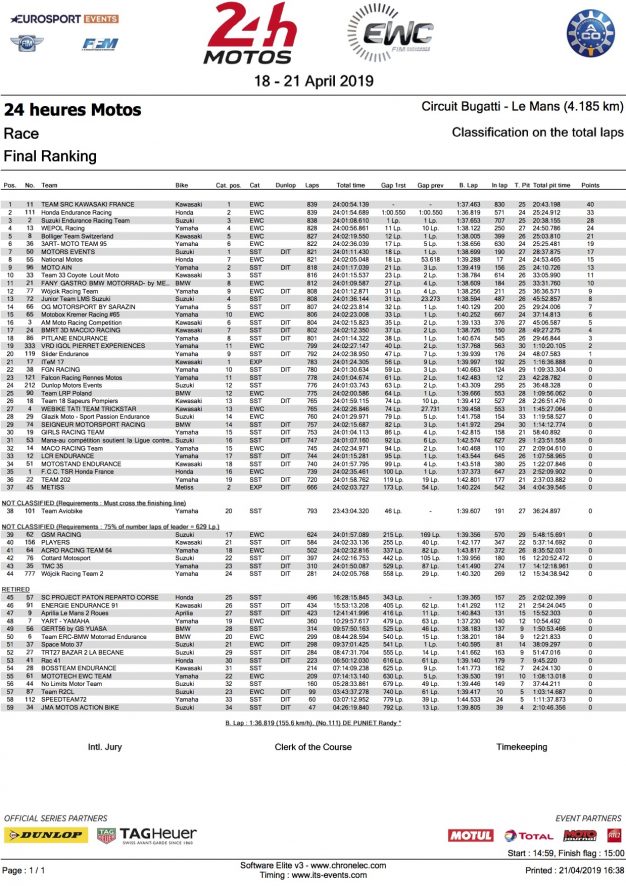