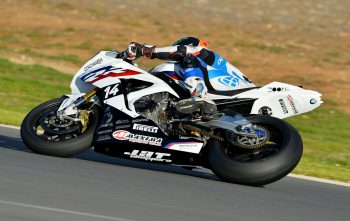 The third round of the Australian Superbike Championship (ASBK) has once again proven to be another challenging round for the Maxima BMW team.

Both Glenn Allerton and Ted Collins leave The Bend Motorsport Park after frightening crashes through no fault of their own.

The weekend got off to a positive note for both riders, getting quicker and quicker in each session.

Following a solid qualifying for Allerton, who guided the #14 Maxima BMW S1000RR to a 1min53.102 which landed him on the eighth spot on the grid but things didn’t go to plan in the opening race.

Allerton managed to start well off the line, however a fallen rider in front of him on the exit of turn three saw him having nowhere to go. Allerton couldn’t avoid the bike at all and in his mind, he was going to attempt to jump it. As soon as he hit the other bike, he said “that it was like hitting a curb” which catapulted him over the bars and cartwheeling the bike in spectacular form.

The accident has left Allerton with a broken right wrist, leaving the three times Australian Superbike Champion disappointed and frustrated.

“I’m gutted as the team and I were really starting to make significant inroads,” expressed Allerton.

“I really felt like that we were going to be in for good results in all three races on Saturday and Sunday because we had a really good race setup to get the most out of the tyres. Unfortunately, this wasn’t to be and I’m sorry for the Next Gen Motorsports guys, as they have a lot of work to do now,” added Allerton.

Allerton, who has scored a total of thirteen overall round wins in the Australian Superbike Championship will now do everything in his power to try and get back for the next round of the ASBK at Morgan Park Raceway in July.

After a disappointing end to the first race on Saturday, things went from bad to worse in race two for the Victorian based team.

This time it was Collins who was the victim. Once again, just like in race one for Allerton, it was a case of wrong place, wrong time for Collins. The second ten lap Superbike race saw Collins getting a much better start off the line and was where he needed to be in the mid-pack.

Unfortunately, in the first few laps of the race the 19-year-old made a mistake which costed him a few places. However, from there Collins picked himself up and was able to make a charge through the pack.

This was all down to the Maxima BMW team who supplied him with a very competitive BMW S 1000RR today.

However, on lap seven the 2017 Australian Supersport Champion was trying to go around the outside of another rider, who made a mistake on the exit of turn three.

Collins explained; “As I started to go around the outside of the other rider, he crashed, and I had nowhere to go and I simply hit his bike. I’m just so sorry for the team that I was unable to get them the results which they deserved. On top of that, I destroyed another motorcycle”.

It was an unfortunate accident as the crash was not Collins’ fault. The crash has been the icing on the cake for a disaster of a weekend which the team have had.

“I have to say a huge thankyou to the team, as they all worked really hard to give me a good bike today. I honestly feel like if we were to have made it out for the third race, we would have been able to show that,” finished Collins.

Maxima BMW’s Team Manager Wayne Hepburn expressed that he was a “little lost for words.”

“The Maxima BMW team haven’t really had a great start to the season and we really wanted to make this weekend our turn around round. We were well and truly on the way to doing that.

Everything which both Glenn and Ted did was exactly what we set out to do.”

Every session both Allerton and Collins achieved their goals they set out to do. Unfortunately, as soon the lights went out for the races, it fell apart, through no fault of the riders.

“We are not pointing any fingers. However, how unlucky can one and two riders be. Especially for Glenn and Ted, as they have both had a run of bad luck. I understand we have to make our own luck, which we are trying to do,” said Hepburn.

Both riders have been banged up a bit, but the main thing is they are both healthy, which could be said more than the bikes. Three BMW S 1000RR’s destroyed in two rounds, which Hepburn admits that it is making it “tough.”

“As we are a ‘privateer team’, these crashes will put a big dint in our 2019 season, which will make it very hard to proceed.”

“Anyhow we have a two-month break until the fourth round of the championship. So, Glenn will work on getting back to full fitness in regard to his wrist and of course so will Ted. However, the team has a lot of work to do to get these bikes back into working order again,” finished Hepburn.

The Australian Superbike Championship now heads to Queensland’s Morgan Park Raceway, which is scheduled for 5 -7 July. 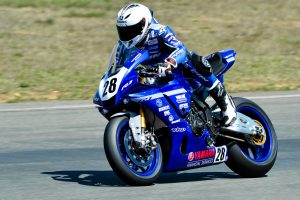 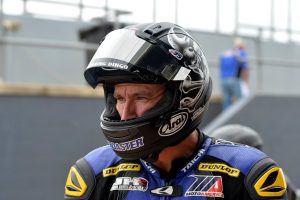 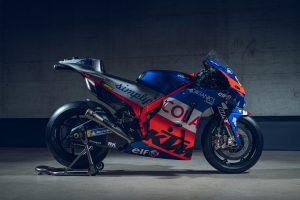