Another round of the 2019 Motul Pirelli Australian Superbike Championship (ASBK) is complete following The Bend and, with that, we reach the mid-stages of the season. Welcome to Cycleview on CycleOnline.com.au.

Unfortunately, I personally didn’t make the trip to South Australia over the weekend for International MotoFest, which combined the ASBK and Asia Road Racing Championship (ARRC) series for the second consecutive year.

But, admittedly, I followed every minute of the action through the live-streaming online and extensive television package, which was exceptional. The combination of a Superbike, Supersport and 300 class in each series this year was a good balance and made for a great weekend.

Is it just me or does The Bend Motorsport Park not make for the best race that we witness in the ASBK? Obviously, tyres come into effect down there due to the severe degradation, however, I’m not 100 per cent sold on the racing we’ve witnessed. Sure, it makes for a different type of competition, although that’s largely because a lot of riders in the Superbike class were holding back. 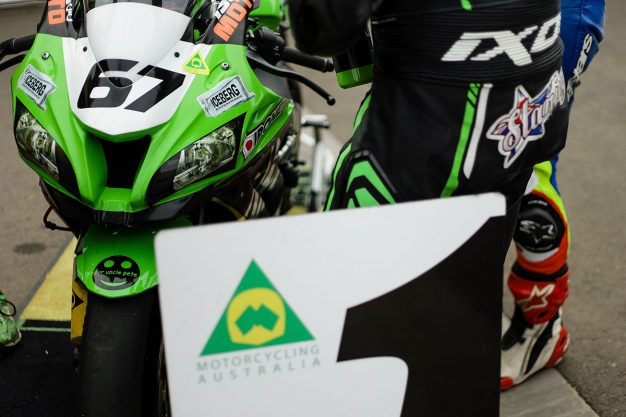 Tyre management became critical in the trio of 10-lap races, so that was the main talking point by all indications. In saying that though, that final Supersport race between a resurgent Nic Liminton and runaway points-leader Tom Toparis was a nail-biter and the Supersport 300 action was fierce in all three races.

This year it was clear that Pirelli had the single-lap advantage and Dunlop were the tyres to be on over the course of race distance in the premier class. As a result, Kawasaki BCperformance’s Bryan Staring was unstoppable on his way to the clean-sweep and teammate Lachlan Epis enjoyed a decent weekend with two top 10 finishes (and a fall in race two).

Taking nothing away from Staring or BCperformance though, they were flawless in the execution and you have to stand up and make the most of these opportunities when they’re there. As a result of his three wins from P6 on the grid, Staring now holds a single-point lead in the championship! Morgan Park can’t come soon enough, because this series is becoming increasingly hard to predict.

You’d have to say that Mike Jones, Cru Halliday and Wayne Maxwell were the ‘best of the rest’ on Pirellis, although the latter’s overall result doesn’t show it because of his incident in race one when Daniel Falzon – also quick through practice and qualifying – took him down. It’s put Maxwell in a hole when it comes for contending for the title, but I wouldn’t discount him just yet. 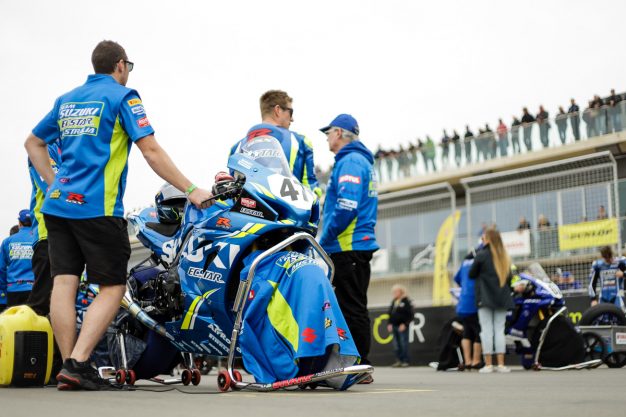 A couple of notable mentions, Mark Chiodo was phenomenal over the weekend, especially in leading that first race for so long even though he ultimately burnt up his tyres on the way to fourth. Penrite Honda Racing team teammate Troy Herfoss had a puzzling – probably frustrating – weekend, but in the end, fifth overall wasn’t a bad way to salvage points.

Staring was also spectacular in the ARRC’s ASB1000 category, filling in for Thitipong Warokorn at Kawasaki Thailand Racing Team and delivering victory in race one. He and fellow Australian Broc Parkes had a brilliant battle in race two, in which Parkes reversed the tables to pick up the win and you could tell he was stoked with the result. It was a good race!

And before I go, a quick shoutout to Glenn Allerton after he was unfortunately injured in that opening race on Saturday afternoon – head up, mate! Here’s Jeremy, who was there throughout the weekend’s action for CycleOnline, with more…

I’m still beaming from the weekend’s action at The Bend Motorsport Park, and wow, what facility it is. If you ever get the opportunity to check it out, I highly recommend doing so. As Alex has mentioned most of the notable aspects from round three in South Australia, I’ll touch on the return of MotoGP this weekend in Jerez, Spain. 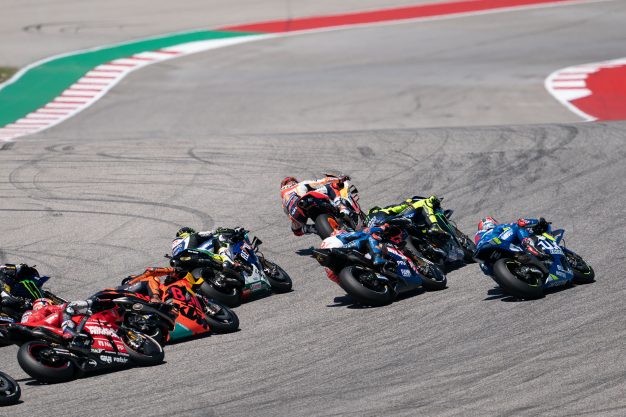 Surprisingly, reigning champion Marc Marquez (Repsol Honda) sits fourth in the championship rankings after a bizarre fall in America, a circuit where he has dominated since MotoGP started visiting the venue. He lost his front-end while out leading, ending a six-year winning streak.

Only nine points shy of Dovizioso, he’ll be hungry for redemption this weekend in front of what’s set to be strong crowd in support of the popular Spaniard.

Australia’s Jack Miller (Pramac Racing) is also coming off his second ever podium in MotoGP, which is momentum he’ll definitely be carrying. The Queenslander has been exceptionally strong so far this season, and I think his podium at COTA is a sign of things to come.

Hoping for a rebound this weekend will be fellow Australian Remy Gardner (SAG Racing Team) in the Moto2 category. Gardner experienced an emotional career-first podium in Argentina, but he endured a more difficult weekend in America, salvaging 11th in the encounter.