Strategy rewarded for privateer Scott at The Bend ASBK

Season-best sixth for Kawasaki-mounted contender at The Bend. 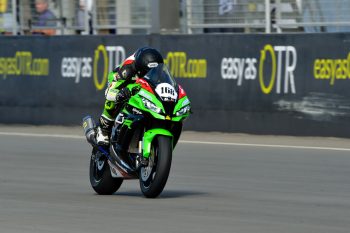 A gamble on tyre strategy has ultimately paid off for Kawasaki-mounted privateer Glenn Scott at The Bend’s third round of the 2019 Motul Pirelli Australian Superbike Championship (ASBK) as he charged to a season-best result of sixth overall.

Despite starting from P15 on the grid, Scott took advantage of three stellar starts to lodge a 7-9-8 scorecard, with his tyre strategy coming into play during the final stages of each outing as majority of riders faced challenges in managing degradation.

“I knew we were going to have to work hard all weekend to find the right setting to help increase tyre life,” Pirelli-equipped Scott explained. “The Bend is an amazing layout which I thoroughly enjoy, however, it is quite challenging for tyres.

“The surface offers an unbelievable amount of grip, which considerably decreases tyre life, so we had to find a setting for longevity and consistency to last the race. A strategy that the team and I took was a gamble, as the factory boys had outright fast lap-times, something we couldn’t match, however our aim was to be strong at the end of the race, which paid off, resulting in our best finish yet.

“I’m ecstatic with my weekend, my confidence and consistency is building nicely. The Bend is a unique circuit which challenges both rider and machine. A real solid strategy was needed for the three 10 lap races.”