Another intense weekend of MotoGP at Jerez in Spain leaves us with plenty to talk about. Welcome to Cycleview on CycleOnline.com.au.

It seems as though the first four rounds of the MotoGP World Championship this year have offered a fair share of talking points, and the weekend’s edition was no different.

Firstly, how’s the form of Petronas Yamaha SRT rookie Fabio Quartararo? Just four rounds into his premier class career, he earned his maiden pole position and became the youngest rider to ever do so. 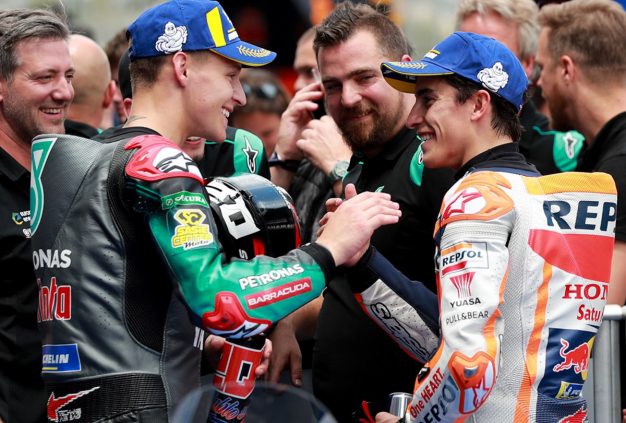 Although, the Frenchman experienced the cruel world of motorcycle racing first hand, suffering a crushing mechanical issue that forced him out of podium contention in Sunday’s. The problem? A gear-shift fault that saw his YZR-M1 caught in third gear on lap 14.

He returned to the circuit on Monday for official testing, dipping beneath the lap record he set on Saturday to top the timesheets by an commanding 0.418s. We can’t wait to see what this talent delivers in the future!

Reigning champion Marc Marquez (Repsol Honda) returned to the top of the standings after claiming victory, and he leads Alex Rins (Team Suzuki Ecstar Australia) – a surprise challenger for the crown in the early stages.

Unfortunately, Aussie contender Jack Miller (Pramac Racing) crashed out of the encounter with just a matter of laps to go, ending his grand prix campaign early. It was a spirited ride from the Queenslander, who started outside of the top 10 before working his way well into it. 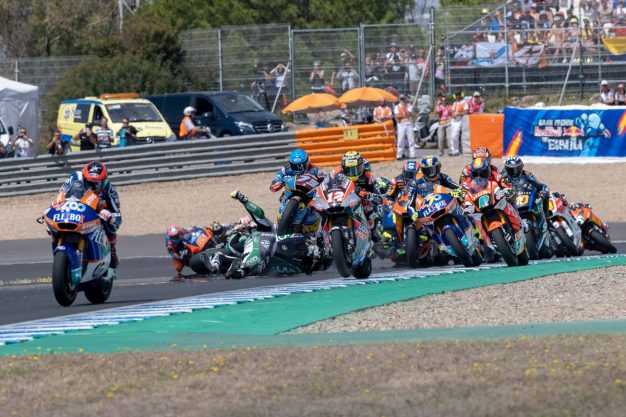 And without a doubt, you’ve probably seen compatriot Remy Gardner’s (SAG Racing Team) frightening fall in Moto2 that ended his weekend early as well. Starting on the second row, Gardner shot off to a magnificent start, positioning himself in third before he high-sided exiting turn one, causing chaos amongst the field.

The race was immediately red-flagged, and despite his efforts to return to the grid, Gardner was denied of restarting after being deemed to have suffered a concussion. It’s a minor setback for the Aussie, but we’re tipping he’ll be back in the mix for Le Mans.