Approximately 12 months ago, Yamaha-mounted Nic Liminton was sitting in a hospital bed, battling cancer. That experience made his breakout performance at The Bend’s third round of the 2019 Motul Pirelli Australian Superbike Championship (ASBK) all the sweeter, as he claimed his first victory in the Supersport class.

Liminton crossed the line first ahead of fellow Yamaha rider Tom Toparis in an epic last-lap battle to win the final encounter of the weekend, completing a dramatic comeback story.

“Best feeling I’ve ever had, that’s for sure!” Liminton said reflecting on the win. “Knowing that Dad was on the pit wall just as emotional as me, plus having my whole family there, all my friends watching me racing for the very first time, it was incredible. 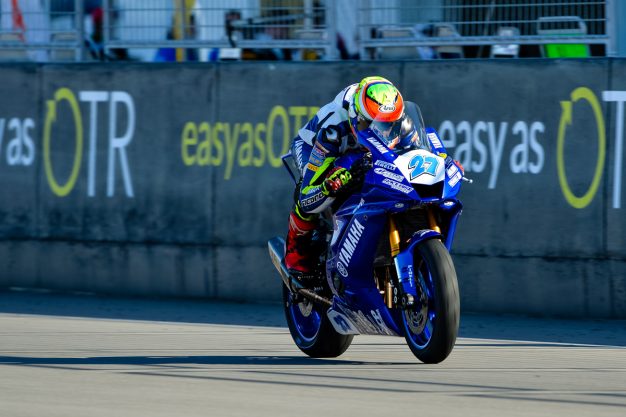 “And having it all live on TV as well, I got a lot of text messages that day! It was one of the best feelings I’ve ever had, and just amazing to have that support on such a great day.”

Liminton’s superb performance began with a pair of second-place finishes before the big moment in the final race that capped off the weekend. Liminton took advantage of race one and two winner Toparis being shuffled back through the pack, getting on with the job at the head of the field whilst Toparis battled his way back to the front.

When Toparis did eventually hit the lead, Liminton stayed composed, making a brave passing manoeuvre on the last lap to force Toparis into a mistake and sending Liminton across the line to claim a very emotional victory.

“Exactly that time last year I’m sitting in a hospital bed thinking that racing wasn’t going to be a part of my life anymore. So to be on that top step of the podium, only one year later, was incredible and just made it that much more special. It was pretty surreal.” 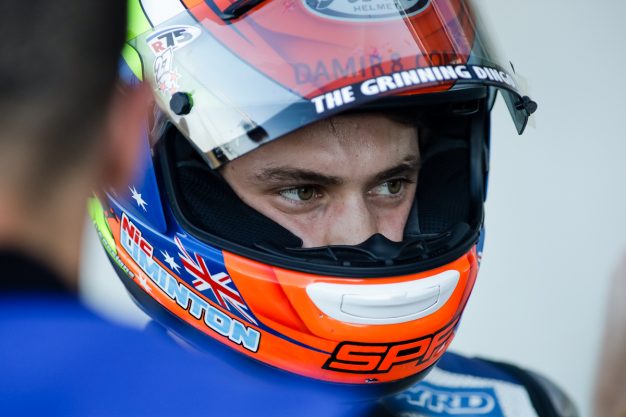 Overcoming the battle for Liminton was difficult, with almost a year’s worth of running cut short by the diagnosis curtailing what was looking to be a very promising 2018 season. His return to the bike in the tail-end of last year was impressive, despite the limited track time.

“We had nearly a whole year off the bike,” he continued. “Coming back last year, my confidence was of course very down compared to what it should have been, and I felt like I wasn’t going to have the pace to be up the front anymore. But we decided we’ll give the last two rounds of the championship in 2018 a go and see how we go.

“We ended up doing really well, which was very surprising, so we thought ‘alright, we’ll hit 2019 up with a huge bang, with Yamaha’s help,’ and we just couldn’t be going any better.”

Liminton opened 2019 with a superb ride at Phillip Island, second overall with a trio of second places, showing a quick return to form. “It was a massive surprise to be back on the pace so quickly,” he said. “We knew that the new 2018/2019 Yamahas were going to be extremely strong, but it was a shock to see us finish second overall at Phillip Island for round one.

“We were going to be happy with a top five finish, but to be consistently in the top three and slowly closing the gap to Tom, it showed where we could be throughout the rest of 2019. 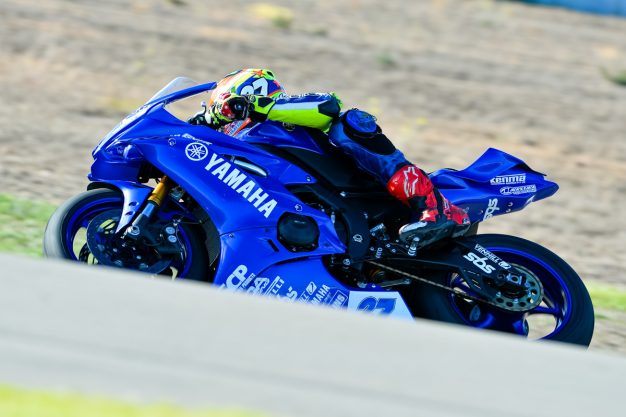 With his last-race victory at The Bend showing that Toparis is fallible after all, could this be the moment that provides the momentum shift to see Liminton returning to the top step of the podium more often throughout the year?

“Tom is an exceptional rider, he’s extremely quick and to be out there battling with him, I see that as an achievement in itself. But having beaten him in that last race it shows that we can be just as quick if everything is going to plan. And we do believe that we can continue doing this throughout the year.

“The next round at Morgan Park is definitely a very different racetrack, and unfortunately last year we didn’t get the opportunity to race there because of the health issues. But if we can just get there, get comfortable straight away, hopefully get a good bike setup on the Friday we feel confident to be in that top three, if not fighting for the win again.”

The 2019 Motul Pirelli Australian Superbike Championship heads north for round four at Morgan Park in Queensland, scheduled on 5-7 July.