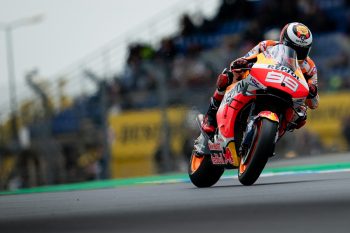 This weekend’s sixth round of the 2019 MotoGP World Championship at Mugello could serve as the venue that Jorge Lorenzo experiences a breakthrough result with Repsol Honda, having claimed six victories at the Italian circuit.

The Spaniard has finished outside of the top two in the premier class just twice in his career at Mugello, and with recent improvements in form aboard the RC213V, there’s potential on offer for the number 99 to make headlines on Sunday.

A key to Lorenzo’s recent enhanced feeling with the Honda is switching to the standard RC213V seat, which he reverted to for Le Mans’ fifth round.

“We made good progress in Le Mans with the setting of the bike and were able to be much closer to the front,” said Lorenzo. “I’ve had similar success in the past in Mugello as to Le Mans, so I am hopefully of continuing to improve our position. The Repsol Honda Team has been working very hard and I am sure soon I will be able to achieve some results to thank them.”

Yet to finish inside the top 10 this season, Lorenzo sits 14th in the championship standings. Teammate and reigning world champion Marc Marquez currently tops the points rankings.