Mugello ‘a track I’ve always been fast at’ declares Miller 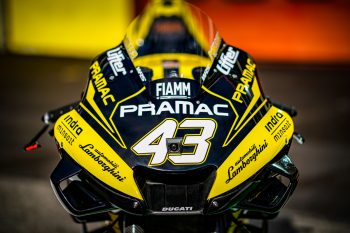 Australian Jack Miller is hoping to turn his fortunes around at Mugello this weekend for round six of the MotoGP World Championship, declaring it’s a venue he’s always been fast at.

Miller’s 2018 campaign at the circuit was cut short just two laps into the encounter, where a mistake saw him crash out of the race, ending a streak of top 10 results.

The Pramac Racing ace will don a special livery on his Ducati Desmosedici GP19, as Lamborghini joins the outfit as a title sponsor for the weekend’s round.

“In Le Mans, it was nice to be there from the start more or less,” Miller explained at pre-race press conference. “It’s is a track that normally suits my style I get along with it really well. But coming after Jerez it was necessary, because I really struggled there so it was decent to get some points on the board.

“And like the boys said, it’s nice to come here. It’s a really important weekend for Ducati, we were fast here last year but a small mistake on the second lap put me out of it. It’s a track I’ve not had the best luck at in the past but it’s a track I’ve always been fast at so I’m looking forward to this year.

“We’ve got a really decent package under us this year in terms of the bike and the set-up we’ve got, our plans throughout the weekend have been working really will and like I said I learned so much last weekend in the race. It was nice to be battling with Marc even if it was just for a lap and a half. It was nice to be there and we’ll try to make it longer next time.”