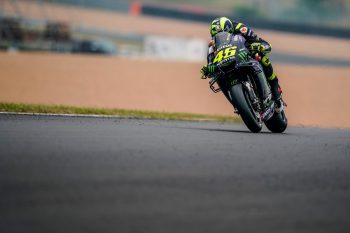 The Monster Energy Yamaha MotoGP contender is anticipating a heightened atmoshphere as he races in front of a home Italian crown, and he’s hoping to capitalise on the YZR-M1’s strengths in alternative areas of the circuit.

“I’m glad it’s time for Mugello, it‘s a special weekend and a special race for all the Italian riders,” Rossi explained. “It has a fantastic atmosphere, but it’s also a bit tricky to manage with all the fans, but it‘s really great. This is one of the most beautiful race tracks of the year.

“It‘s a track I really like, but it will be hard because everybody is very fast. Mugello does have less acceleration from a low speed, so I think we could be faster than in Le Mans, but it is also true that there is a very long straight.

“Surely this will be our weak point, but if we work well, we can defend ourselves. We need to try our best to be competitive and give the maximum.”