Australia's Miller ninth on the timesheets in Italy. 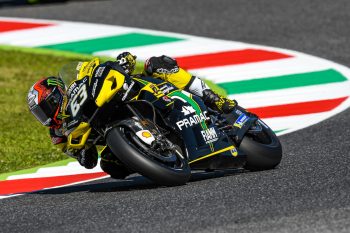 Francesco Bagnaia (Pramac Racing) and Fabio Quartararo (Petronas Yamaha SRT) stole the headlines on Friday at Mugello’s sixth round of the MotoGP World Championship, with the rookies taking a 1-2 and split by just 0.046s at the top.

Conditions were a stark contrast to Le Mans as the sun shone over the stunning Tuscan countryside in Mugello, and as the clock ticked down, every rider apart from LCR Honda Idemitsu’s Takaaki Nakagami and Aleix Espargaro (Aprilia Racing Team Gresini) had improved on their FP1 times with just under 20 minutes to go.

FP1 leader Marc Marquez (Repsol Honda Team) was sat at the top of the times for most of FP2, followed by a quintet of Ducatis, before Monster Energy Yamaha MotoGP’s Maverick Vinales then jumped into the top four and fellow Yamaha rider Quartararo moved up into P3 as the timing screens lit up with red sectors.

Danilo Petrucci (Mission Winnow Ducati) was the next to strike as he took over at the top, before Red Bull KTM Factory Racing’s Pol Espargaro stuck in the first 1m46s of the weekend to take P1 and impress once again.

Petrucci and Quartararo then exchanged fastest times at the top, but with seconds to go there was another Italian on the march: Bagnaia, who improved drastically from a P17 in FP1 to delight the home crowd. That pushed Quartararo down to second, but only by half a tenth, with Petrucci in P3 and Pol Espargaro keeping hold of his top four.

Vinales didn’t lose too much ground to end the day in fifth after a more difficult FP1 down the timesheets, with Marquez down in P6 as he looks to take his third win in a row. Key rival Alex Rins (Team Suzuki Ecstar), pushing to recover from a tougher French GP, was seventh quickest on Friday, ahead of LCR Honda Castrol’s Cal Crutchlow in eighth.

Jack Miller (Pramac Racing) took P9 after a late crash for the Australian that dropped him out the running, with Italian Franco Morbidelli (Petronas Yamaha SRT) completing the top ten and list of provisional automatic graduates to Q2.

Dovizioso is in P11 so not far off, with Johann Zarco (Red Bull KTM Factory Racing) just behind him despite a big off for the Frenchman – rider okay. But Rossi is P18 and Lorenzo P20 after day one, and two have a combined total of 13 premier class wins at Mugello.

Sky Racing Team VR46’s Luca Marini concluded the opening day as the man to beat in Moto2, leading FP1 and following it up by going fastest in FP2. It was close, however, with Tom Luthi (Dynavolt Intact GP) just 0.008s off by the end of play. 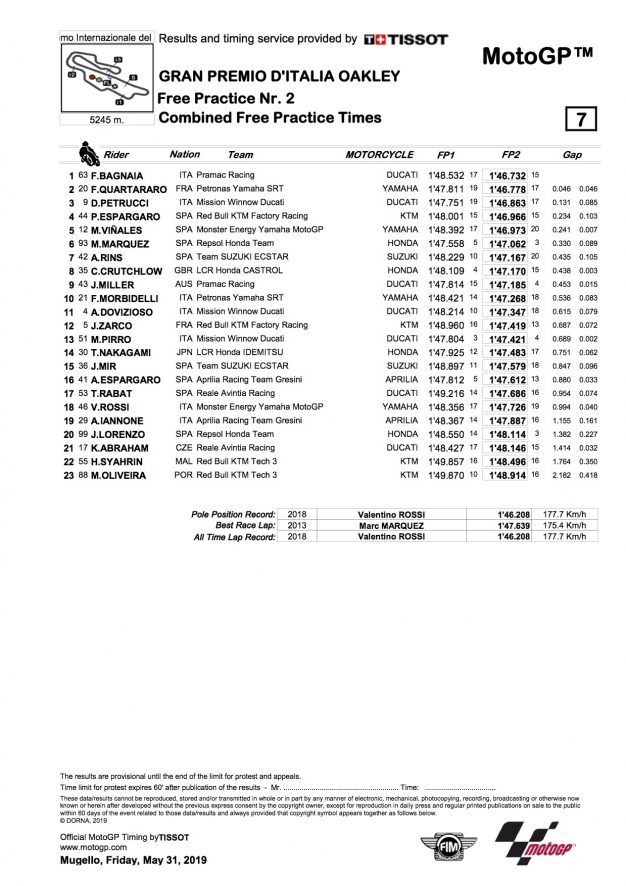 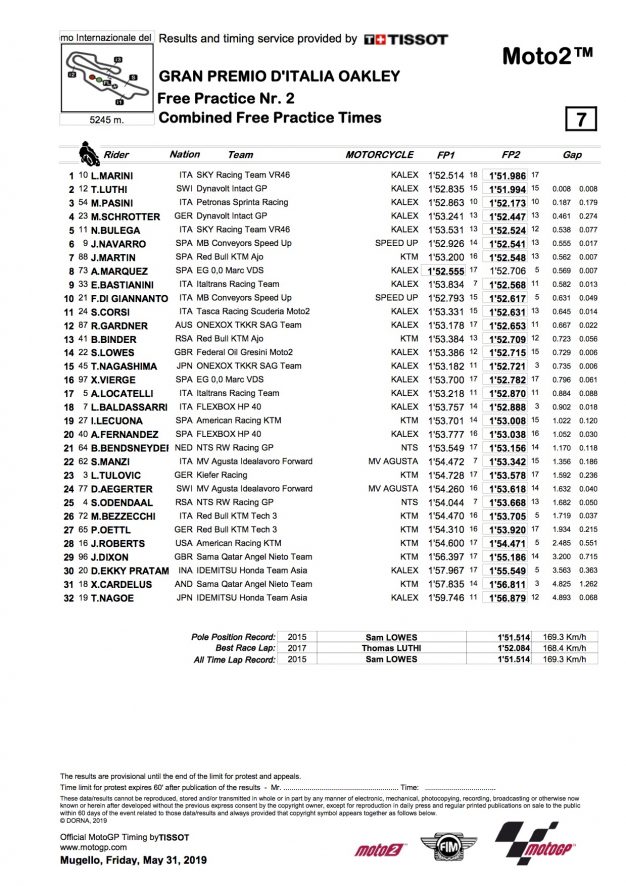 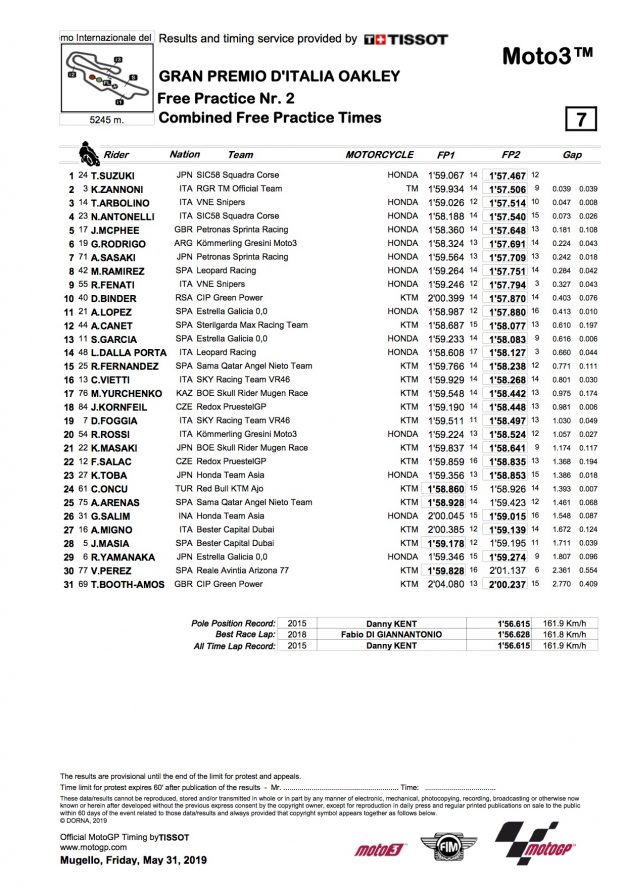