Cube Racing talent on his rookie Supersport season so far.

For a developing motorcycle racer, the first year after stepping up into a bigger class is often written off as a ‘learning experience’.

Whether it’s from Supersport 300 bike to Supersport, or making the final step to the Superbike class, most riders and teams will afford themselves 12 months’ grace to get used to the bike before they start to up their expectations and begin their championship campaign,

So for Cube Racing’s Oli Bayliss, there’s every reason to be impressed at the first half of his ‘learning’ year in the Motul Pirelli Australian Superbike Championship (ASBK) Supersport class.

“So far, we’re sitting fourth in the championship, and I’m absolutely loving it,” said the 15 year old, who only started piloting his Yamaha YZF-R6 at the beginning of the year. “We went to the ASBK official test at Phillip Island on the 600 not knowing what to expect, and it actually turned out really good.” 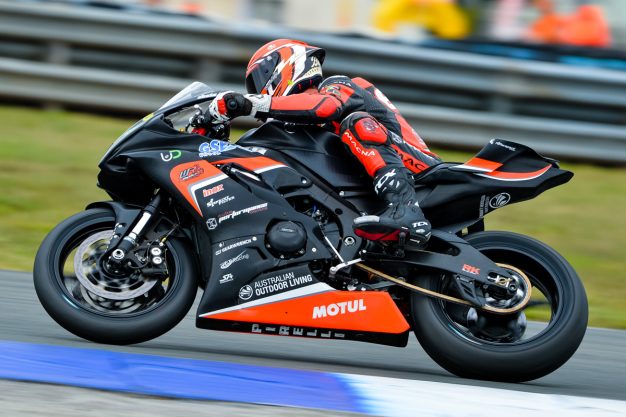 Frequently doing battle with other more established riders towards the sharp end of the field in the ASBK’s second-tier, Bayliss has impressed in his first three rounds after making the leap to Supersport.

Keen to capitalise on an MA rule change that saw riders able to step up to the bigger bike at a younger age, Bayliss and his team jumped at the chance to give the talented rider a head-start in the category for 2019, where his physically bigger size would be less of a disadvantage than in the smaller 300 class.

“Last year we were aware that MA were changing the rules about riding a 600 at the age of 15, and we thought alright, we better get started. So we started riding Tom Toparis’ old bike a bit, and we bought two Yamaha YZF-R6’s once we had the all-clear that we were definitely riding the Supersport class.”

Although Bayliss’s start to 2019 has been impressive, he recalls that the Supersport machine wasn’t necessarily love at first ride: “The first time I jumped on the bike at Morgan Park it just felt a little bit off-putting, I wasn’t really used to it. But we did a few days, and I got more and more comfortable.”

The different dynamic of Supersport racing was also an adjustment, as Bayliss came to understand the level of mental commitment required to hustle the machine throughout an entire race distance. 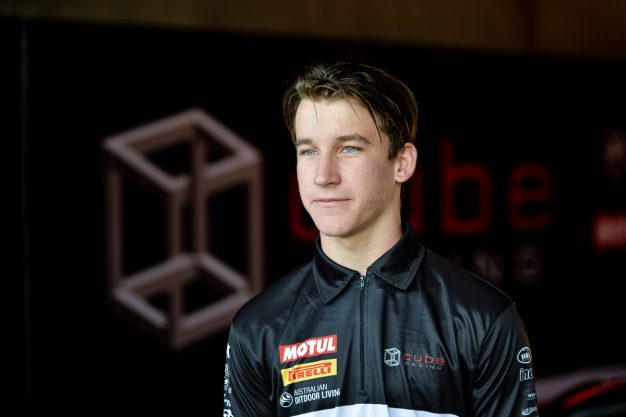 “Just the speed, braking, everything – the 300 got your heart rate up when you’re in a big battle with a bunch of guys, but now on the 600, you’ve always got to stay as focused as you can, and train a lot to stay fit and race as fast as you can.”

“At home I’ve started doing heavier weights, sometimes I go to the gym with mum for F45, or do a bit of training with Dad. Sometimes we go out in the kayak or in the surf ski and do paddling, and I also do a bit of cycling.”

Bayliss’ three-time world champion father Troy has had increased influence on the youngster’s preparation through the first half of 2019. While devastating for the Desmosport Ducati fans, the upside to Bayliss’ round one crash at Phillip Island is being that injury has granted him more time to focus on assisting Oli.

“When he was riding, we were always sort of training together almost every day, but I guess it has brought us a little bit closer because we’re focusing on me a bit more,” Oli added. “He already was focusing on me as much as he could, but now he’s got a bit more free time to do a bit more stuff with all of the children.

“He’s really good, we used to go to Morgan Park and he’d do a few rides on the R6 to get the bike set-up for me. Previously he also had to ride the Ducati while he was there, but now he can just spend as much time with me as I need, and it’s just a lot better to get the thing sorted out.” 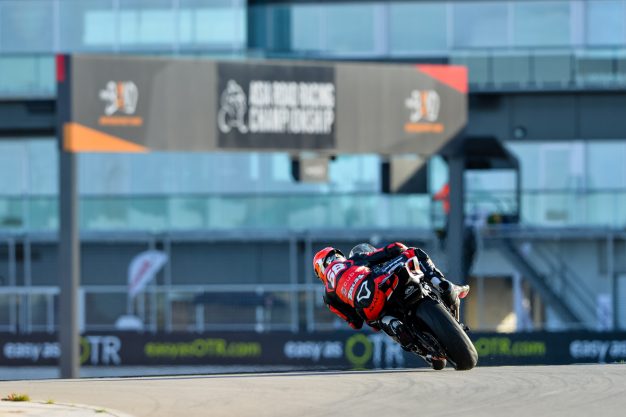 As the ASBK returns to the Bayliss’ favoured test track for round four on 5-7 July, Morgan Park provides a useful comparison for Oli’s progression over the first half of the season. And while championship leader Tom Toparis will still be the one to beat, Bayliss is looking to build upon his first six months’ experience in the class to put in a good performance.

“We tested at Morgan Park early in the year and then we went away to Phillip Island and never rode at Morgan Park after that. We just went back to Morgan Park the other day and I went a lot faster than I’ve been there before. So being forced to go to the other tracks has helped me a lot.

“I think it’s definitely going to be a struggle to win, but I think I can definitely get a podium. With all the ride time I’ve been doing I think it’s going to make me a bit faster. Hopefully we’ll be able to stay consistent on the front and on the pace.”

Although the transition to the bigger bike this season has been impressive, Bayliss is still looking to keep his expectations in check through his rookie year in Supersport and build up slowly throughout 2019. So when that first 12 months in the new class is over, what does Bayliss hope to have achieved when we reach Sydney Motorsport Park for the final round in November?

“Everyone’s dream is obviously to win, and that’s in my mind, but we’ve taken this year and used it as a learning year. I’m really hoping that I can be up in a podium spot in the championship, and it would be even better to have a race win under my belt.”