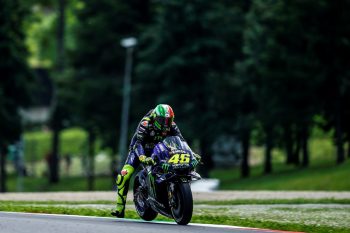 Multi-time world champion Valentino Rossi believes he’s in for a challenging weekend at Catalunya’s seventh round of the 2019 MotoGP World Championship after a disastrous campaign at Mugello.

The Monster Energy Yamaha MotoGP rider suffered significant struggles at the previous round, qualifying in a lowly 18th before crashing out of the 23-lap encounter.

Despite acknowledging the task ahead this weekend, Rossi is optimistic he can turn his result around as he visits one of his favoured circuits on the calendar.

“After the complicated weekend in Mugello we head to Barcelona, a track that I really like,” Rossi stated. “Surely it will be another challenging weekend in Spain, because we were not very competitive last time round, and we need to work hard.

“But we will try to do our best to fix the problems and to achieve the best possible result. On Monday there will also be a test day and we will try to work as well as possible and make the most of the occasion.”