Australia's Miller 17th on the timesheets in Spain. 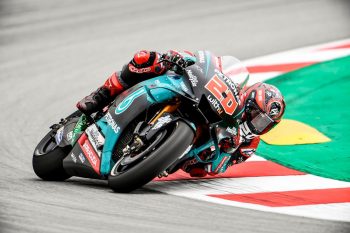 Frenchman Fabio Quartararo (Petronas Yamaha SRT) came straight out of the blocks at Catalunya’s seventh round of the 2019 MotoGP World Championship to top Friday’s timesheets.

Quick in FP1 and his fastest in FP2 enough to take over at the top, he ends Friday clear of the competition by almost three tenths. That competition made it an impressive four factories in the top four, however, with Andrea Dovizioso (Mission Winnow Ducati) in P2, Takaaki Nakagami (LCR Honda Idemitsu) in third and Pol Espargaro (Red Bull KTM Factory Racing) in fourth.

The morning session was a fairly quiet one by MotoGP standards, with a bit of a hairy entrance into turn 10 for Australian Jack Miller (Pramac Racing) and a little snap at the same place for Marquez two of the stand outs.

But it would nevertheless prove a crucial session for the reigning champion as he was the only rider in the top 10 who didn’t improve his lap time in the afternoon. He didn’t fit a new soft tyre but was able to stay in ninth, so the ‘extra’ tyre on Saturday could prove a masterstroke.

Marquez also ran with the Ducatis in the afternoon – much to their mild chagrin – as Dovizioso and teammate Danilo Petrucci (Mission Winnow Ducati) had headed out in tandem. They kept the advantage on the combined timesheets though, with ‘DesmoDovi’ in second and ‘Petrux’ taking P8, just ahead of the number 93.

So behind the four-factory fight at the top and those standout performances from the likes of Nakagami and Pol Espargaro, who impressed next? Second rookie Francesco Bagnaia (Pramac Racing) put his Ducati in fifth and would doubtless have been the rookie talking point of the day if not for the Frenchman at the top, and Franco Morbidelli (Petronas Yamaha SRT) took P6 to again make it both the Independent Team Yamahas ahead of the Monster Energy Yamaha MotoGP bikes.

It wasn’t by much at Catalunya, however, with Valentino Rossi (Monster Energy Yamaha MotoGP) an infinitesimal 0.003s behind compatriot and VR46 Riders Academy member Morbidelli. After a tougher run of late, especially on Friday and Saturday, it was a big step forward for the ‘Doctor’ at a venue he’s reigned more than anyone.

Cal Crutchlow (LCR Honda Castrol), meanwhile, completes the top 10 to slot in behind Petrucci and Marquez. The Brit was only 0.01s0 behind Marquez, too, with those two Hondas trailing Nakagami’s best lap by a couple of tenths. But then the number 93, as aforementioned, didn’t pop in a fresh soft tyre.

And neither did Alex Rins (Team Suzuki Ecstar), who finishes Friday in P11 and therefore outside the automatic graduation zone to Q2. The Suzuki rider also suffered a crash, but the weather forecast is fine for the weekend and Saturday is another day, so both he and Marquez will be gunning for a hot lap in FP3.

The likes of Jorge Lorenzo (Repsol Honda Team) in P14 and Maverick Viñales (Monster Energy Yamaha MotoGP) in P15 will be rushing to join them too, with Vinales one who, along with Jack Miller, dropped down the timesheets in the afternoon.

Alonso Lopez led rookie teammate Sergio Garcia to an Estrella Galicia 0,0 1-2 in the Moto3 category, with the two Spaniards having topped FP1 and no one able to overturn them in the afternoon. FP2’s quickest man was Lorenzo Dalla Porta (Leopard Racing), and he slots into third on the combined timesheets as he chases the Championship lead this weekend. 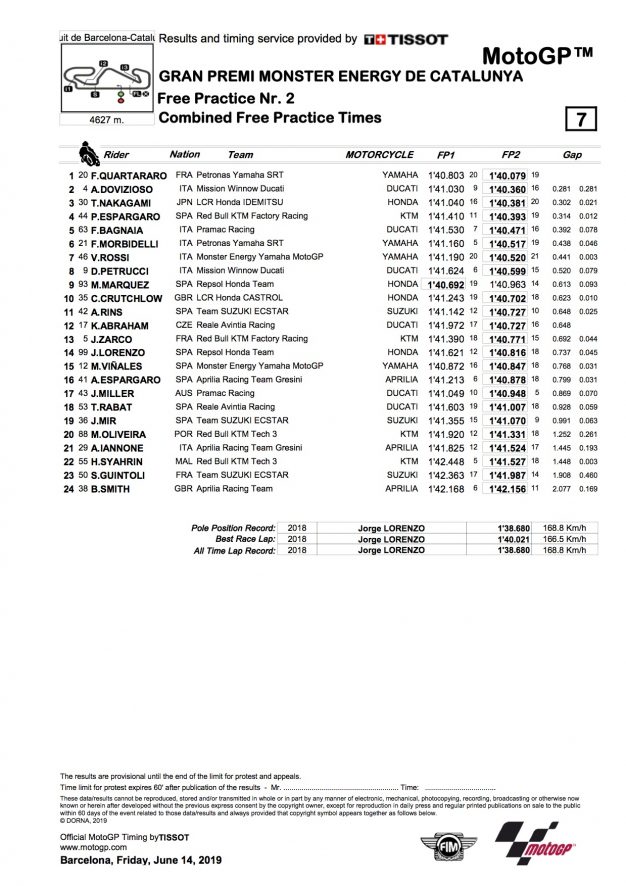 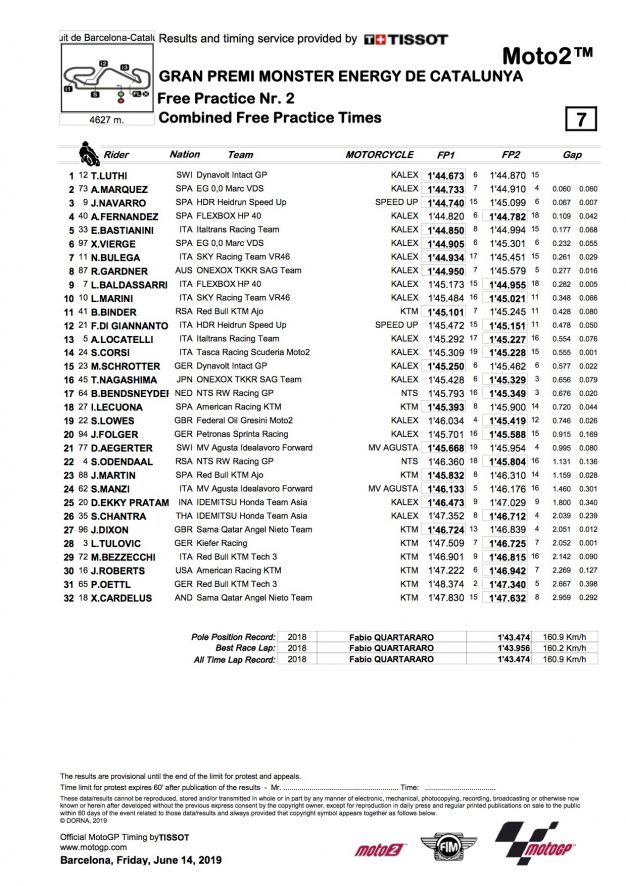 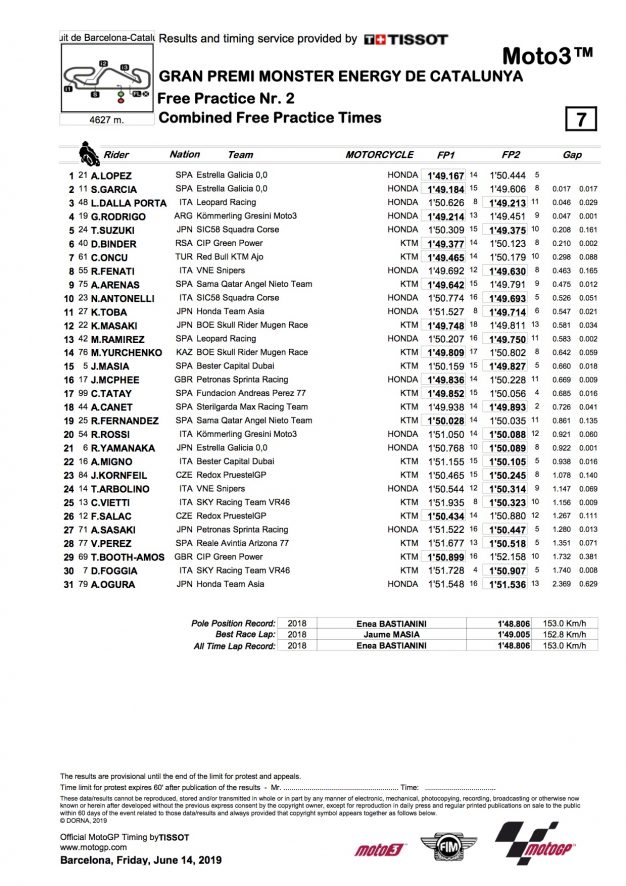