Restarted WorldSBK race one victory to Rea at Misano 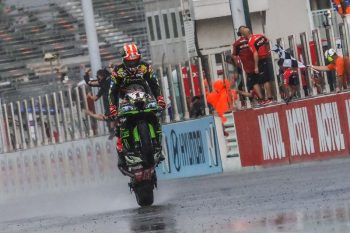 Kawasaki Racing Team’s Jonathan Rea was back in the winner’s circle in the restarted race one of the Motul Superbike World Championship (WorldSBK) at Misano, Italy.

With the rain continuing to fall by the bucket-load, it was a delayed start to WorldSBK race one. Once it got underway it was stopped two laps later, the red flag deployed as the rain intensified.

After the restart, drama unfolded all through the field, but it was Rea who eventually won ahead of Tom Sykes (BMW Motorrad WorldSBK Team) and Alvaro Bautista (Aruba.it Racing Ducati). Loris Baz (Ten Kate Racing Yamaha) and second of the Ducatis, Chaz Davies, filled the top five.

Pata Yamaha’s Alex Lowes crashed out of the lead in the mid-stages, which handed Rea the lead, and Michele Pirro (Barni Racing Team Ducati) crashed at the same corner while in second.

It was drama with nine laps to go, with Michael Ruben Rinaldi (Barni Racing Team Ducati) crashing at turn 13, completing a wretched day for the Barni outfit. Then at turn eight, more spills, this time with Leon Haslam going down. The British rider remounted, but retired with too much damage done.

Federico Caricasulo (Bardahl Evan Bros. WorldSSP Team) managed to get second ahead of his teammate Krummenacher, making for a spectacular race day.

In a rain-affected WorldSSP300 Superpole session, the grid for the main race on Sunday will see a staggered approach, with those riders in Group A starting from odd grid positions in first, third, fifth, etc, and even position starting slots for Group B riders, in a second, fourth, sixth etc format. 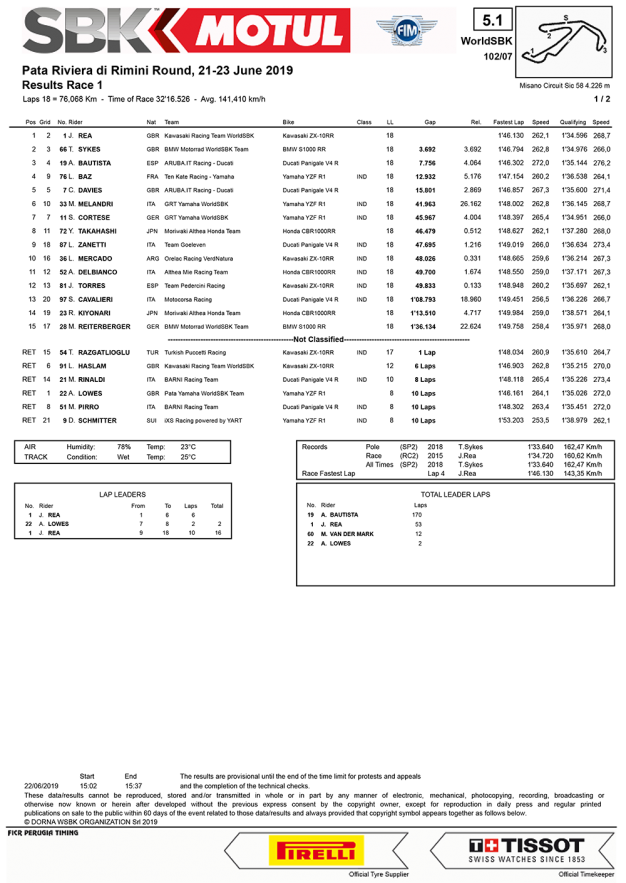 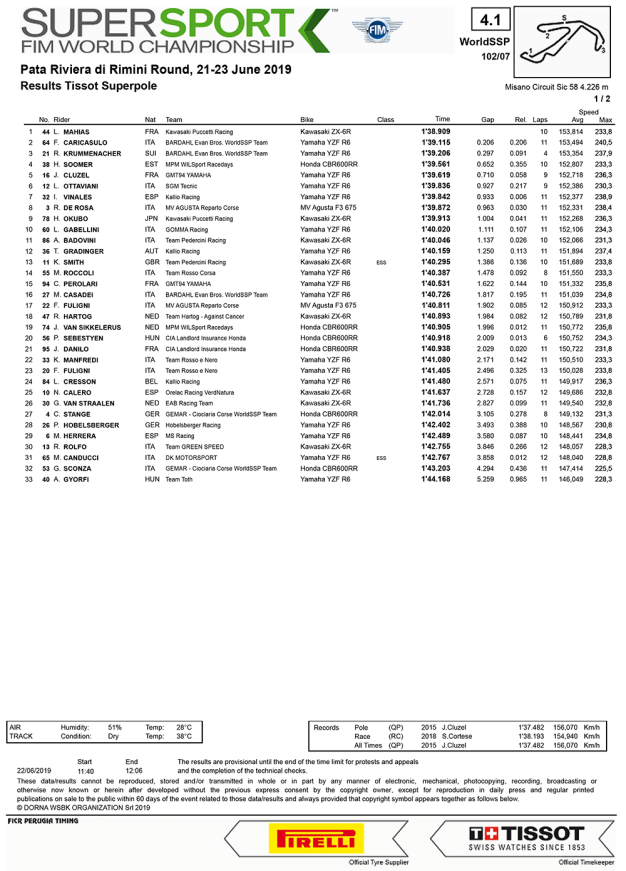 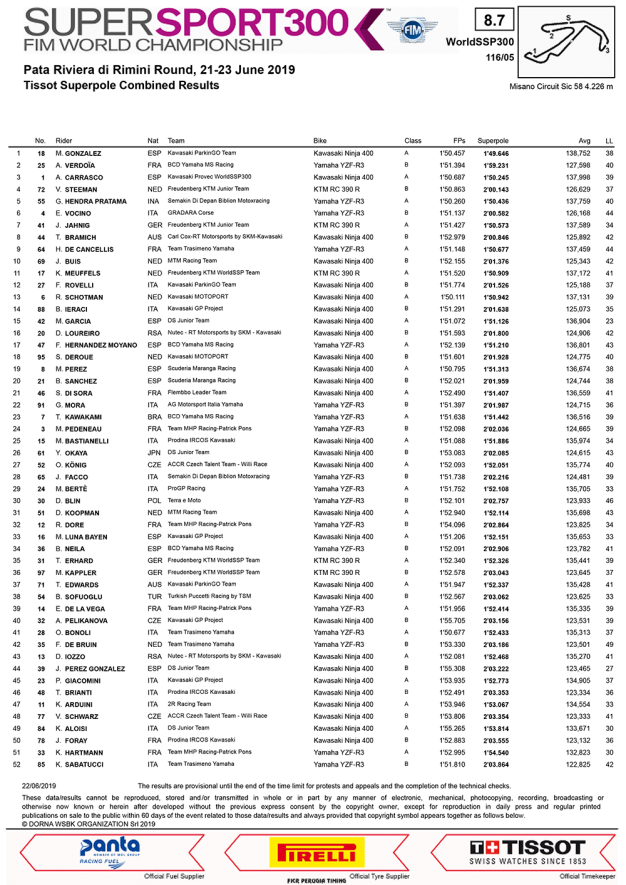