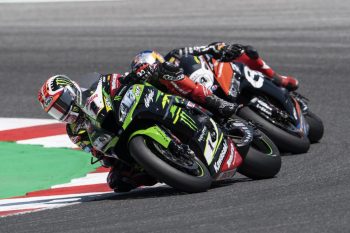 A shake up in race two saw Rea emerge victorious and significantly close the gap on Bautista in the standings, as the the Ducati crashed in the earlier stages. Bautista now leads by just 14 points after completing race two in P14.

In a Kawasaki dominated podium, Razgatlioglu and Haslam were second and third respectively ahead of Lowes and Michael Rinaldi (BARNI Racing Team).

The WorldSSP300 race saw numerous accidents and the usual fairing-bashing action across the 13-lap outing, in the end however, it was a fourth career win for Ana Carrasco (Kawasaki Provec WorldSSP300), who held her nerve to defeat Manuel Gonzalez (Kawasaki ParkinGO Team) and Andy Verdoïa (BCD Yamaha MS Racing). 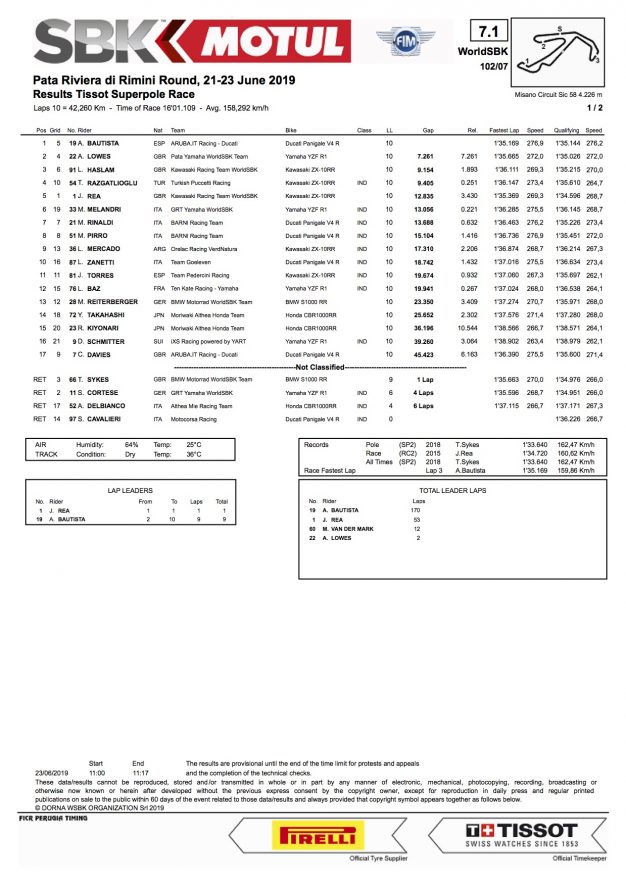 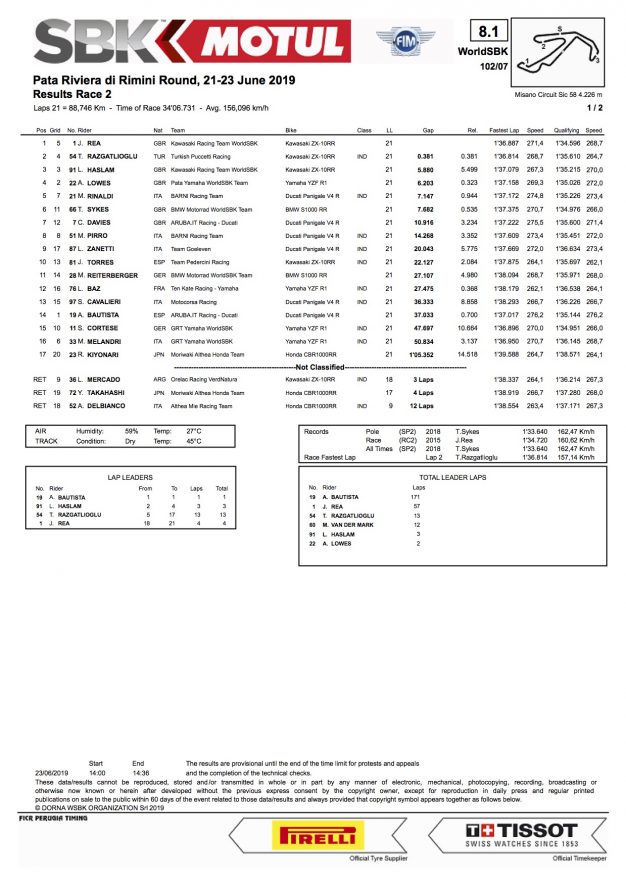 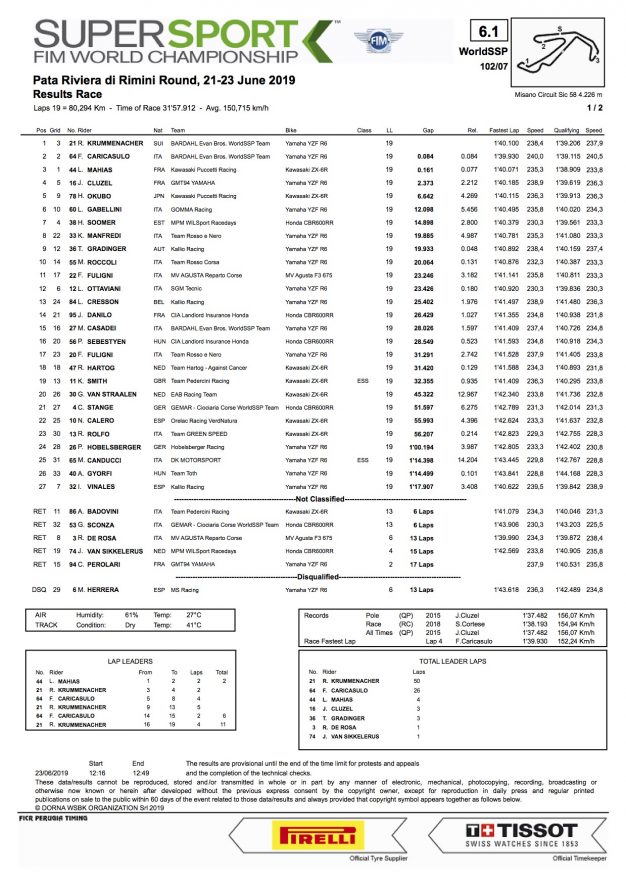 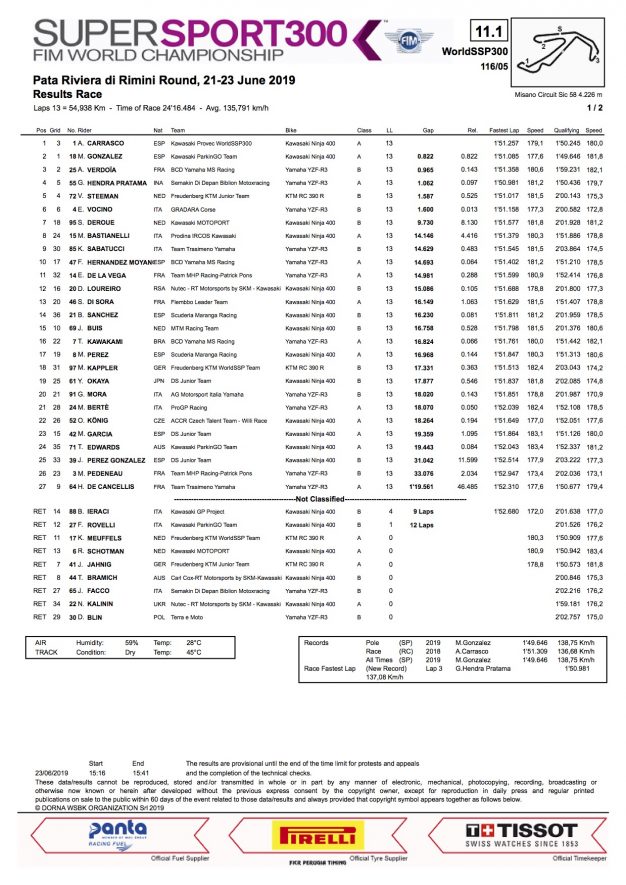