Strong start to Moto2 weekend for Gardner in second on time-sheets. 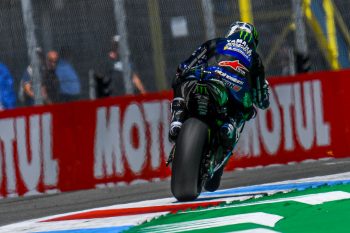 It was a tale of two men atop the time-sheets on day one of the Motul TT Assen, with Fabio Quartararo (Petronas Yamaha SRT) fastest on Friday morning from Maverick Vinales (Monster Energy Yamaha MotoGP), before the duo switched around in the afternoon.

Vinales’ fastest overall at 1m32.638s, however, was a margin further ahead, with the Spaniard 0.180s faster than the Frenchman. In the morning, Quartararo’s advantage was less than a tenth.

One big headline outside the time-sheets on day one was Jorge Lorenzo (Repsol Honda Team), the Spaniard declared unfit for the rest of the weekend. The five-time world champion fractured a vertebra in his fast FP1 crash at turn seven.

Back to the time-sheets though and, despite the Yamaha duo at the top, it wasn’t complete domination. Danilo Petrucci (Ducati Team) was third overall and that despite suffering a fast crash in FP1, with teammate Andrea Dovizioso slotting into fourth. ‘DesmoDovi’ had a better latter session, improving from outside the top 10 on Friday morning to set the initial pace in FP2 and eventually just beat Alex Rins (Team Suzuki Ecstar) to fourth.

Rins, who came second last season at Assen, completed a top five where the time-sheets really started to tighten with less than a tenth splitting him from Dovizioso. It got even closer just outside the top five as Andrea Iannone (Aprilia Racing Team Gresini) put in an impressive day and his best showing yet for Noale factory Aprilia as he took sixth.

The Italian was ahead of Marc Marquez (Repsol Honda Team) and, although he did suffer a crash near the end of play, he was unhurt and happier with direction. In P8 it was an infinitesimal 0.002s that separated rookie Joan Mir (Team Suzuki Ecstar) from Marquez and he beat 10-time Assen winner Valentino Rossi (Monster Energy Yamaha MotoGP) by a tenth.

Red Bull KTM Ajo’s Brad Binder ended Friday in Moto2’s top spot after setting a 1m37.398s at the very end of FP2, putting the Austrian factory back at the sharp end after a tougher run of form. He was 0.132s ahead of second fastest Remy Gardner (ONEXOX TKKR SAG Team), with FP1 pace-setter Sam Lowes (Federal Oil Gresini Moto2) completing the top three.

Thanks to an electric final flying lap in Moto3, Jakub Kornfeil (Redox PruestelGP) was fastest, timing his attack to perfection to tuck in behind VNE Snipers’ Tony Arbolino and pip him to the top on his final lap of FP2. His 1m41.782s saw Kornfeil finish up 0.098s ahead of the Italian, with Niccolo Antonelli (SIC58 Squadra Corse) third. 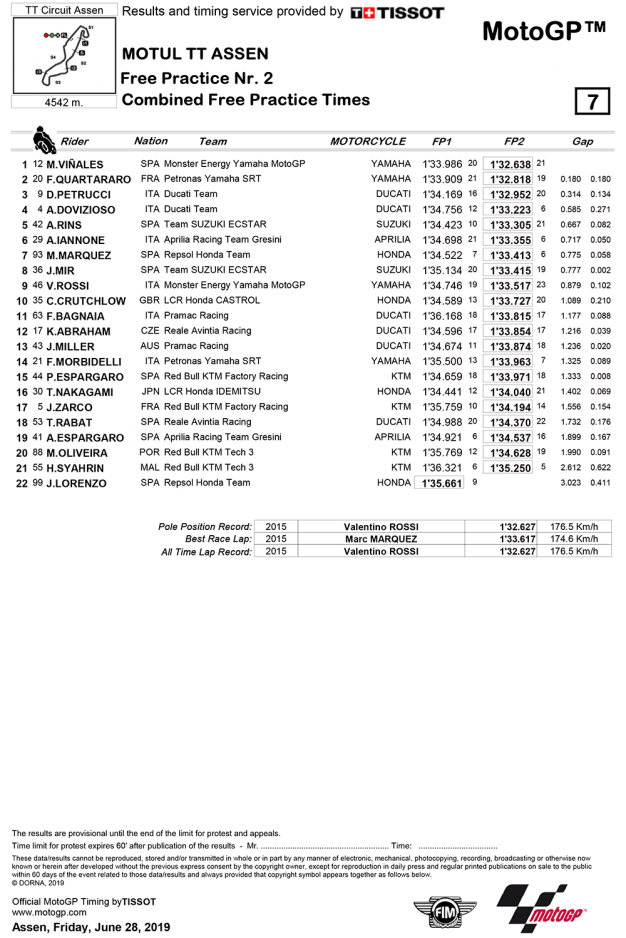 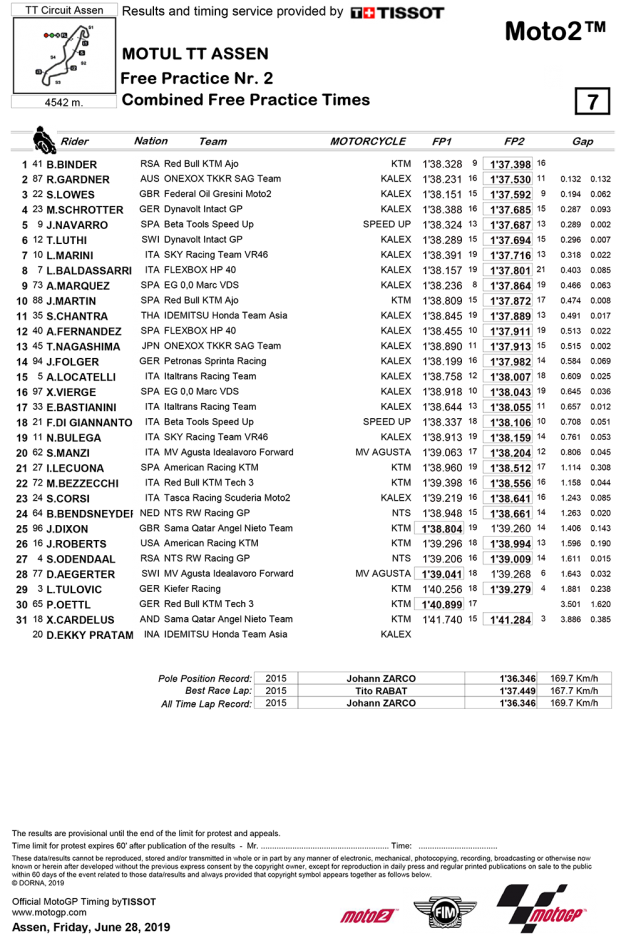 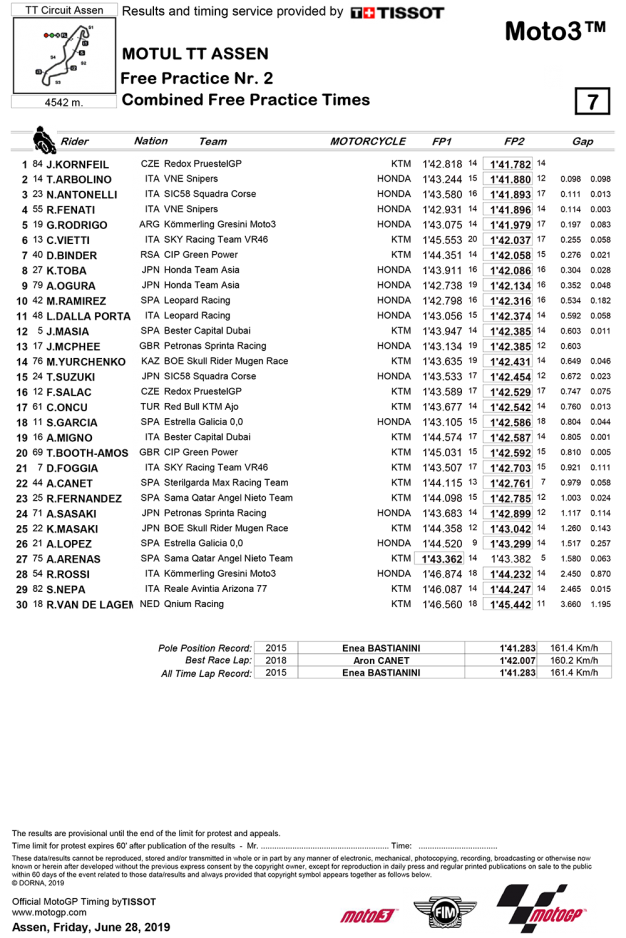