Miller rides to top 10 as Gardner crashes out of Moto2 from pole position. 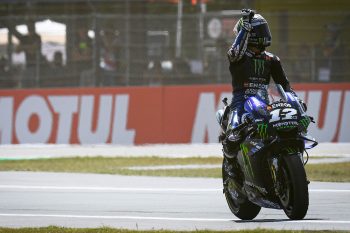 Vinales stalked the front before striking for the lead and stretching his legs to pull away from reigning champion Marc Marquez (Repsol Honda Team).

French rookie Fabio Quartararo (Petronas Yamaha SRT) followed up his record-breaking pole position on Saturday with another podium, impressing once again even as he continues to recover from arm-pump surgery.

Suzuki-mounted Alex Rins took the holeshot from third on the grid, streaking away from the line and soon joined by impressive rookie teammate Joan Mir as he slotted into second. Quartararo didn’t retain P1 but he stayed third after a solid start.

At the start of lap two Vinales made his first move to take Marquez, but then all eyes on were the lead as Rins suddenly exited, leaving Mir under the pressure of leading a premier class race for the first time, and Quartararo in second for a rookie 1-2.

The number 36 then headed a bit wide and the number 20 sliced through, with Vinales taking over in second and Marquez up into third.

Mir had been shuffled back into fourth but Andrea Dovizioso (Ducati Team) soon struck, having passed teammate Petrucci to begin his assault on the front, before there was another strike of bad luck lightning as Vinales headed wide from the lead.

Marquez took over, stalking Quartararo, with Dovizioso then within touching distance of the number 12 Yamaha as he got shuffled back. Marquez tried to attack, Quartararo resisted, and Viñales was then back on their tail and it was a trio locked together in the lead.

That was how it would stay for much of the race. Vinales overcooked turn one, but reeled them back in, Marquez attacked Quartararo a lap later after a wobble for the Frenchman, and then Marquez had his own moment and the rookie was back in the lead.

With 11 to go, Vinales broke the stalemate. He attacked Marquez and got through before then homing in on Quartararo, pouncing where Marquez had earlier as the newcomer struggled again with a bit of a wobble at high speed, however, a small error soon after cost him and Marquez took over in P1.

Vinales sliced back through as swiftly as he could and the two were starting to gap Quartararo behind. With six laps to go they were still both locked together and there was nothing in it, but gradually then, Vinales started taking a tenth here and a tenth there.

Finally, it seemed the number 12 had broken the Honda rider. The top three had all had their share of dramas during the race, but Vinales was then pitch perfect to the flag. Eventually, the gap was nearly five seconds over the line and the Spaniard celebrated in style.

It’s his first win since Phillip Island last year, Yamaha’s first of the season and one of his most impressive rides. Quartararo took his second podium in succession in third as he managed to last the distance, ever-impressive as he continues to makes waves in MotoGP.

Dovizioso was the man behind him, locked in battle with teammate Danilo Petrucci and Franco Morbidelli (Petronas Yamaha SRT) for much of the race and coming out on top. Morbidelli eventually just beat Petrucci to complete the top five and equal his best ever premier class result.

There were a few names missing from the finishers along with Rins, the biggest of which was Valentino Rossi (Monster Energy Yamaha MotoGP). The ‘Doctor’ lost the chance at a ride back through the field as he collided with Takaaki Nakagami (LCR Honda Idemitsu) and both went down, making it a difficult run of three for the number 46 of late.

Augusto Fernandez (Flexbox HP 40) is a man in form and the Motul TT Assen saw his run of firsts finally culminate in a first-ever GP victory as he became the 37th different winner in Moto2.

The Spaniard was a force to be reckoned with in a manic fight at the front throughout and came through the chaos of a clash between championship rivals Alex Marquez (EG 0,0 Marc VDS) and Lorenzo Baldassarri (Flexbox HP40) to beat Brad Binder (Red Bull KTM Ajo) to the flag by tenths.

Completing the podium after the war of attrition was Luca Marini (Sky Racing Team VR46), while it was disappointment for pole-sitter Remy Gardner (ONEXOX TKKR SAG Team). With 14 to go, drama hit as he crashed out, dashing his hopes of a strong result from P1 on the grid. 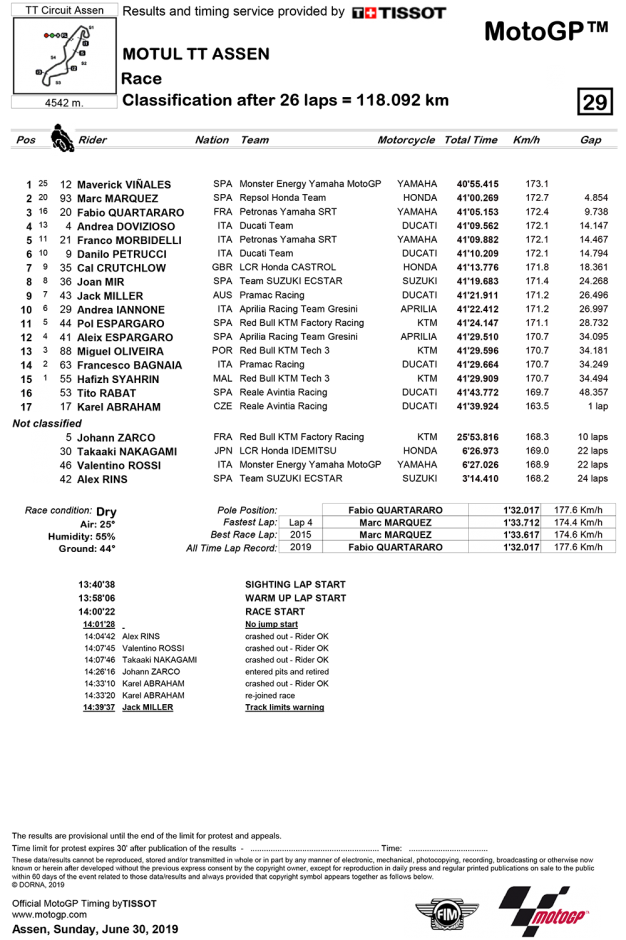 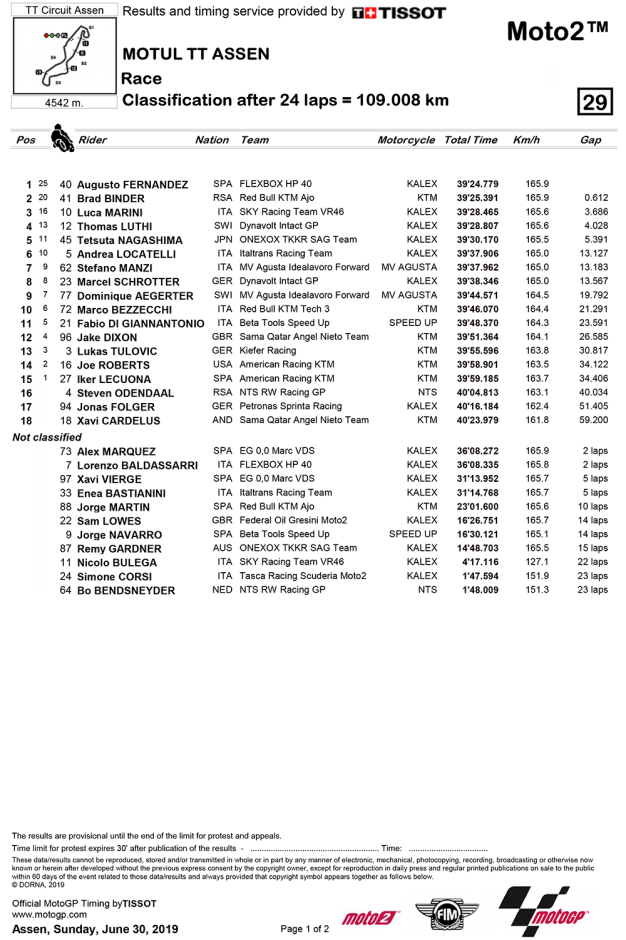 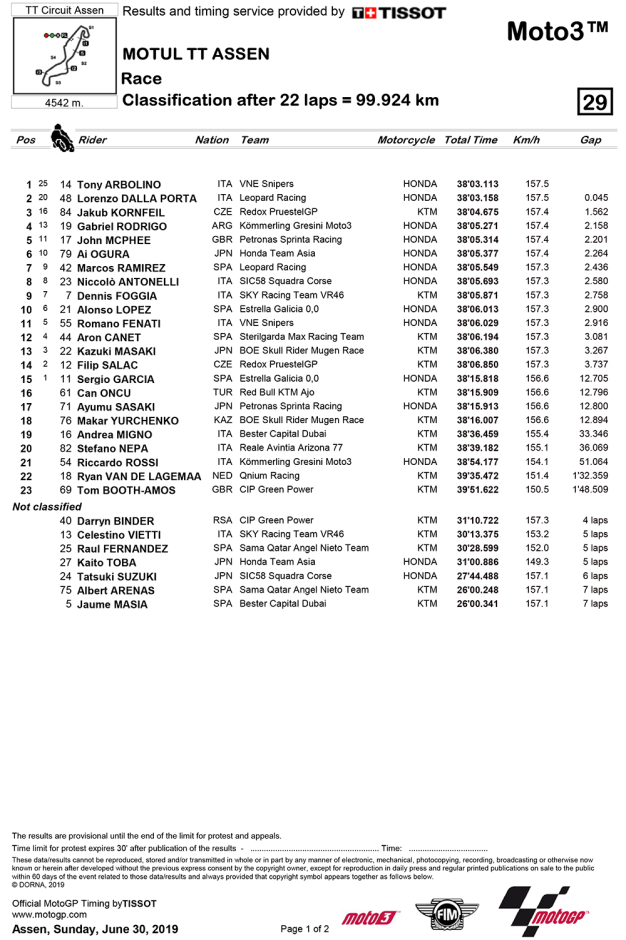