Assen DNF the result of severe arm-pump for Zarco

Difficulties continue for KTM pilot at the Dutch grand prix. 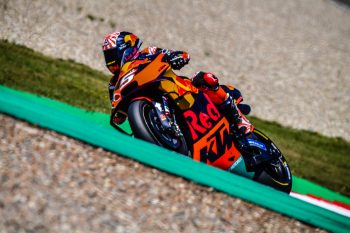 Zarco anticipated the Assen circuit to be demanding on his forearms, and despite his best efforts to manage it, he experienced a loss of feeling with the bike, prompting him to pull in for his own safety.

“It is a hard track for all the riders I think and I got this problem, which I was able to control the last two years and this year not,” Zarco explained. “The good thing was the first 10 laps and to be able to catch the others with pace and be able to overtake as a racer.

“We are working a lot and changing the bike a lot to give me this feeling or possibilities to improve. After 10 laps I did a few mistakes. I had the feeling I was not holding the bike any more and before something bad happened I had to stop.”

In what has been a challenging year, Zarco is positioned 17th in the championship rankings with 16 points to his name as the MotoGP series heads to the Sachsenring in Germany.