ASBK swings back into action this weekend at Morgan Park, putting an end to the lengthy break in the series. Welcome to Cycleview on CycleOnline.com.au.

It’s crazy to think there hasn’t been a round of ASBK since the end of April, but luckily we’ve had a fair share og interesting races in MotoGP and WorldSBK to keep us entertained.

We’ll be trackside once again at Morgan Park for the fourth stop of the series, which is set to deliver another thriller weekend of racing.

The competition this year has been incredible and unpredictable – you simply can’t guess who’s going to stand atop the podium at the end of a weekend. Bryan Staring (Kawasaki BCperformance) dominated at The Bend after a challenging start to the year, claiming the points lead in the process in what was a surprising outcome. 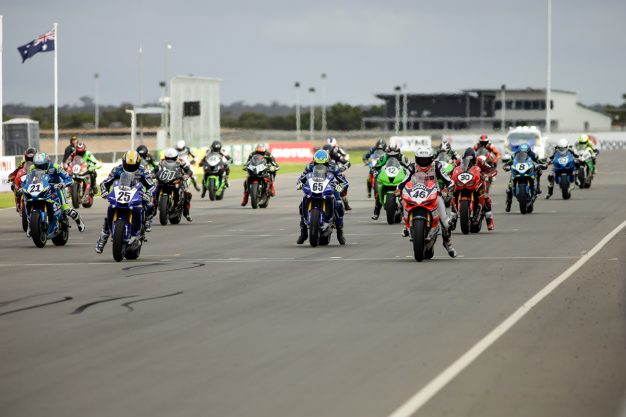 Can he hang onto the points lead? It will no doubt be tough, especially with how the results have been so varied in the opening three rounds. Reigning Supersport champion Cru Halliday (Yamaha Racing Team) has been the most consistent in his return to the premier class, although an overall win has so far eluded him.

It could very well happen for him this weekend, being that he performed very strongly at the Queensland venue as a privateer in 2017 – the last time he raced there in the Superbike category.

Reigning champion Troy Herfoss (Penrite Honda Racing) will be eager to get his title back on track, and former champion Mike Jones (DesmoSport Ducati) will be looking to notch up his first win of the season. Add in Team Suzuki Ecstar Australia duo Josh Waters and Wayne Maxwell, plus Daniel Falzon (Yamaha Racing Team), and it’s set to be a thriller!