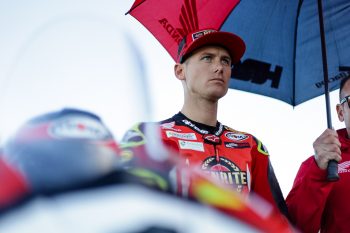 Following a recent test with the high-profile KYB Moriwaki Racing team, reigning Australian Superbike champion Troy Herfoss has confirmed his spot within the squad for the 2019 Suzuka 8 Hours in Japan.

The prestigious event will mark the final round of the 2018/2019 FIM Endurance World Championship (EWC) on 28 July, where the Australian will joined on the team by Yuki Takahashi and Tomoyoshi Koyama.

“We did a track day at Morgan Park, which was really brief, and then I got a last-minute invite to go and test the Moriwaki Racing bike at Suzuka,” Herfoss explained.

“I didn’t get a lot of time riding in Japan either – about 17 laps over two days – but it went well and I was able to secure the ride over there. I’m looking forward to getting back over there straight after Morgan Park.”

The Gold Coast-based athlete returns to ASBK duties this weekend at Morgan Park in Queensland following an extended break in the series.

“It’s been a long break between rounds and I’ve been off the bike for a long time, but I’m hoping it will be business as usual,” he added. “The bike is set-up well and we were competitive in race three at Tailem Bend, so although I haven’t ridden a lot, I feel good heading into this weekend.

“This stage of the year is when you will start to see the guys who are going to potentially win the championship will establish themselves further. It’s definitely a really important time and I’m happy that I am within striking distance.

“If I was to come out of this weekend like last year, it’d only take my main opponents to have a couple of third or fourth-place finishes and I would almost be in the lead – it’s so close that it is almost anybody’s at the moment.”