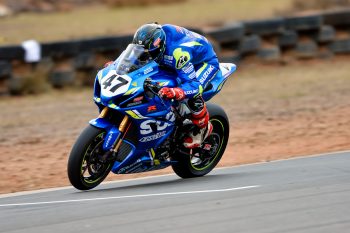 The former champion posted his fastest time of 1m13.334s in the final session, which was cut short due to a red-flag incident involving Glenn Scott (GSR Kawasaki), who required medical assistance.

Josh Waters (Team Suzuki Ecstar Australia) was a fraction off the top three after a best time of 1m13.527s, as Yamaha Racing Team’s Daniel Falzon significantly improved on his earlier time with a 1m13.798s to conclude the top five. 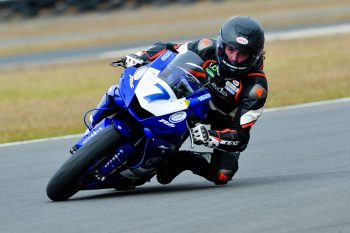 In the Supersport category, points leader Tom Toparis recorded the fastest time aboard his Yamaha YZF-R6, lodging a quick-time of 1m15.455s in the final session. Nic Liminton (Yamaha) was just behind in second with a time of 1m15.694s, followed by Reid Battye (Team Suzuki Ecstar Australia), who posted a 1m15.835s.

Making his return to ASBK, albeit in Supersport, Corey Turner was fourth fastest aboard Honda machinery, edging out Callum Spriggs (Yamaha) in fifth.

Senna Agius (Kawasaki) rose to the top of the Supersport 300 timesheets in the final practice session, his time beating Locky Taylor (Yamaha) and John Lytras (Yamaha). Hunter Ford (Yamaha) and Harry Khouri (Yamaha) completed the top five. The Yamaha R3 Cup was topped by Taylor and Lytras, as Brandon Demmery (Yamaha) locked out the first three.

Tom Grane (Yamaha) was fastest in the Oceania Junior Cup ahead of Max Gibbons (Yamaha) and Angus Grenfell (Yamaha). Bikes are back on-track tomorrow for qualifying and the first races of the weekend in the support categories. 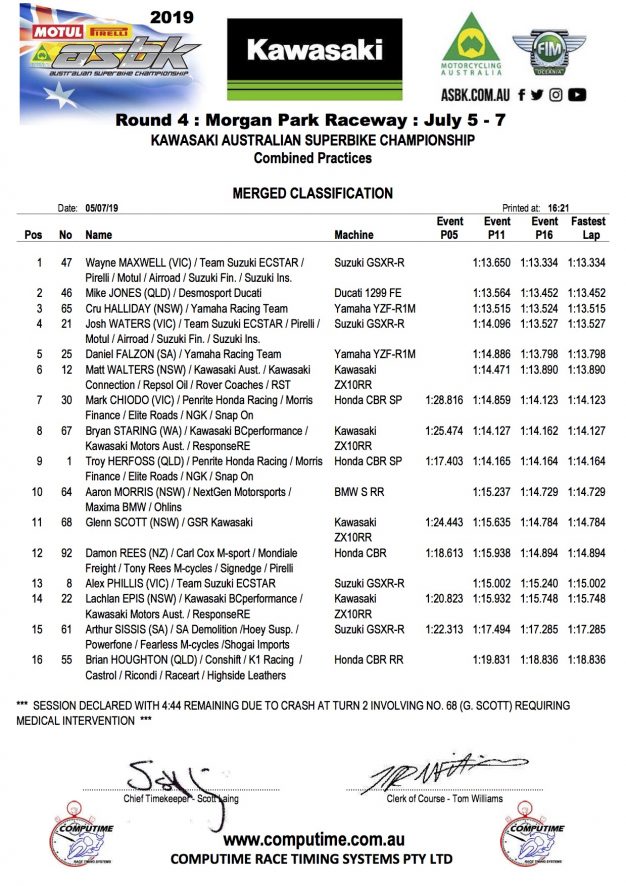 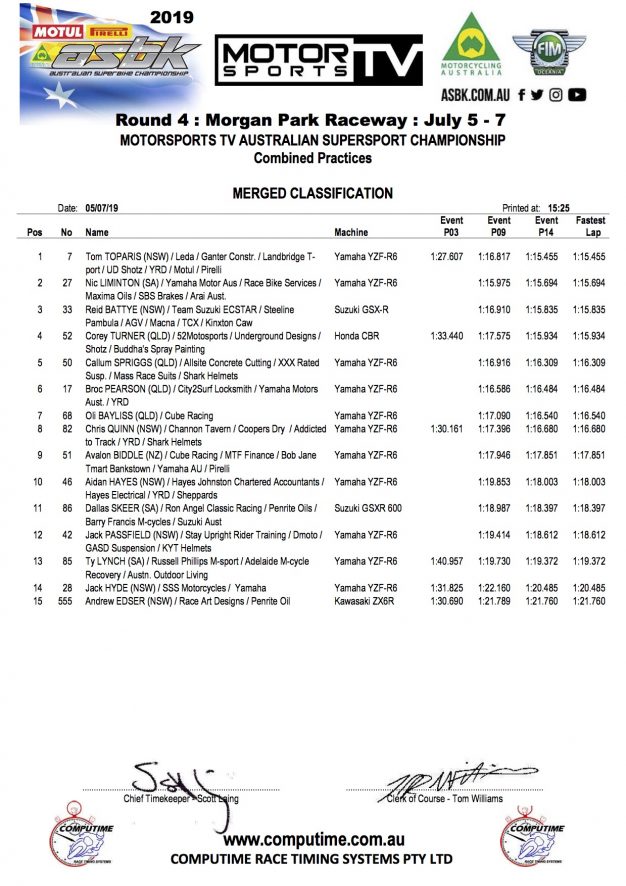 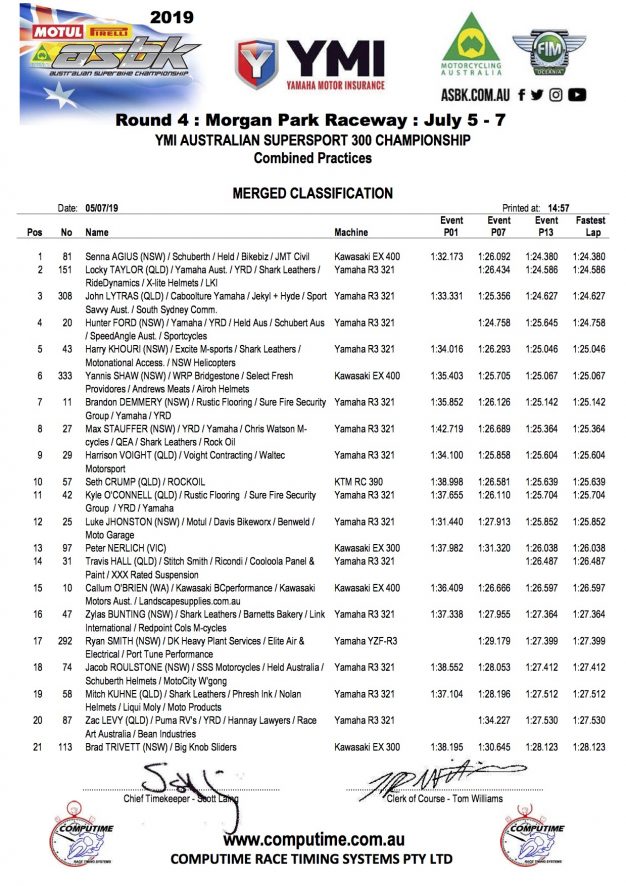 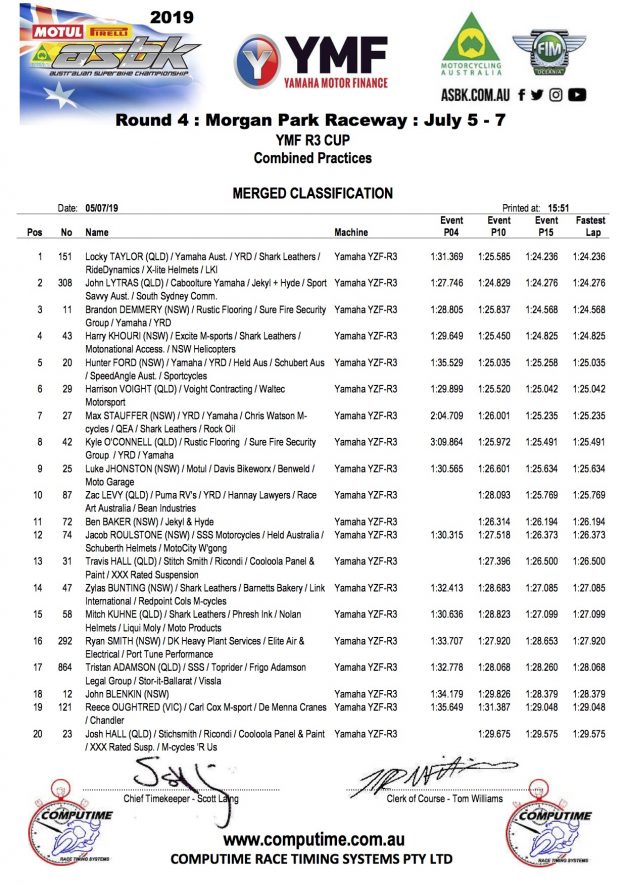 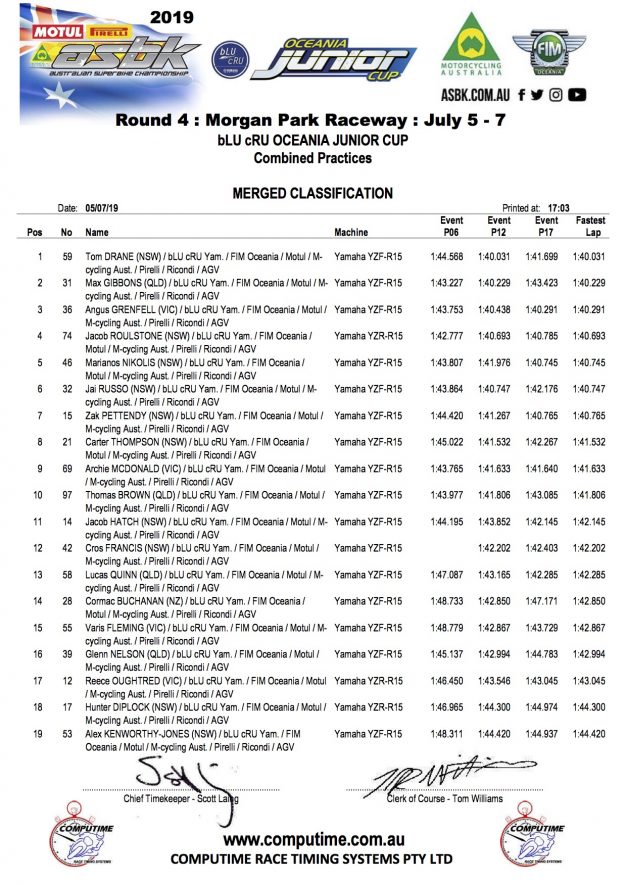