Cluzel fastest in WorldSSP category at the British round. 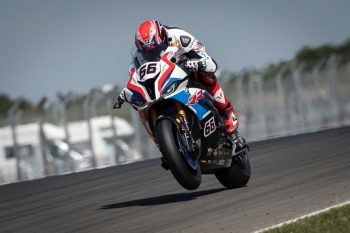 Coming into FP2 as the man to beat, Sykes took to Donington Park and showed his prowess and why he is the King of Donington Park. The Huddersfield rider, who has nine victories at the circuit in WorldSBK, set a lap time with 13 minutes to go and improved his time from the morning session.

His teammate for this weekend, Peter Hickman, put in a good day’s work at Donington Park and finished the day in 12th. In second position was Alex Lowes (Pata Yamaha WorldSBK Team), who was flying the Yamaha flag high inside the top three.

The British rider put in a strong lap time at the end of the session to finish just 0.018s away from Tom Sykes at the top. Lowes’ teammate, Michael van der Mark, made his return to action and had a comparably quiet FP2, finishing in eleventh position come the end of the day.

Toprak Razgatlioglu (Turkish Puccetti Racing) was improving steadily all the way through the session, with his incremental steps rewarding him with second at the end of the session and less than half a tenth of a second behind Sykes at the top. He ended the day as top Independent rider, despite a small crash at the end of the session, ahead of the likes of Sandro Cortese (GRT Yamaha WorldSBK) in seventh, Loris Baz (Ten Kate Racing – Yamaha) in eighth and Jordi Torres (Team Pedercini Racing) in tenth.

Fighting hard to try and get an advantage on his rivals, Jonathan Rea (Kawasaki Racing Team WorldSBK) was in fourth at his home event. The four-time WorldSBK champion was less than a tenth off the pace but down in fourth, at a track which he has won at only once for Kawasaki, during race two in 2017. Home-hero teammate, Leon Haslam, was solidly placed inside the top five, looking to get back on the podium at home.

The Aruba.It Racing – Ducati team finally came to play, although not with the scorching pace they’ve sported at other rounds this season. Alvaro Bautista only managed to get into sixth come the end of the day, having finished down in 11th after the morning session. The championship leader has work to do, especially with main championship rival Jonathan Rea ahead of him after day one. Chaz Davies’ struggles continued, although the Welshman placed ninth at the end of the day.

In the final WorldSSP session of the day, it was once again a raging battle at the head of the field, with Jules Cluzel (GMT94 YAMAHA) maintaining his advantage ahead of the chasing pack. He joined in the top three by Randy Krummenacher (BARDAHL Evan Bros. WorldSSP Team) and Hans Sommer (MPM WILSport Racedays).

Manuel Gonzalez (Kawasaki ParkinGO Team) put in a lap time more than half-a-second quicker than the two WorldSSP300 groups combined. Behind him in the leading positions, Andy Verdoia (BCD Yamaha MS Racing), who was top of the timesheets for some time and the top Yamaha at the end of day one. Dutchman Scott Deroue (Kawasaki MOTOPORT) was in third place, as he goes in search of reigniting his WorldSSP300 championship hopes. 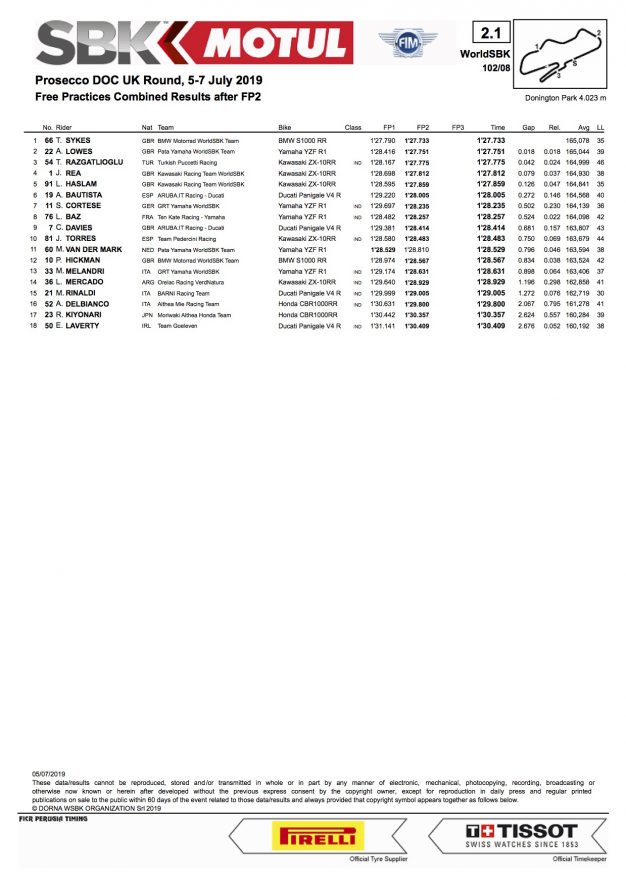 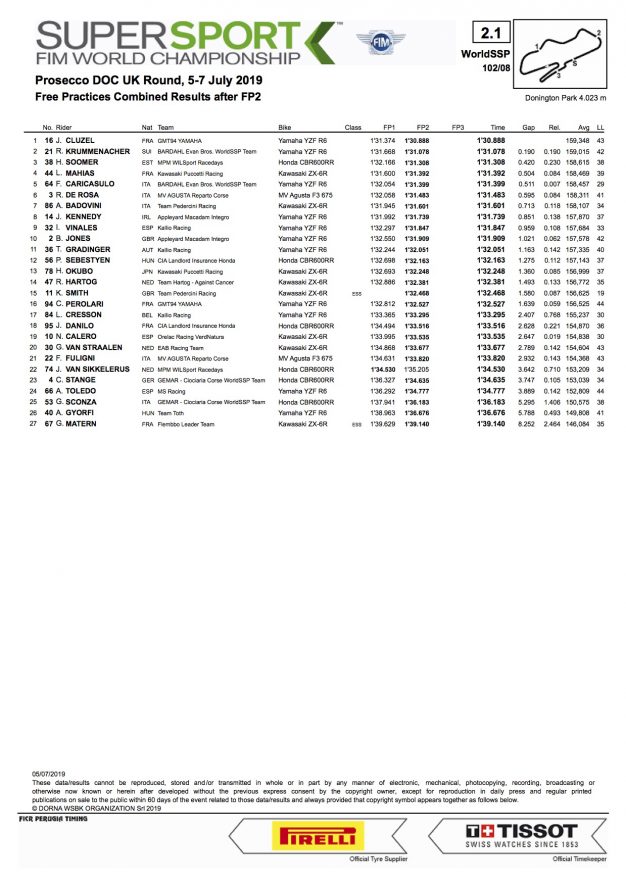 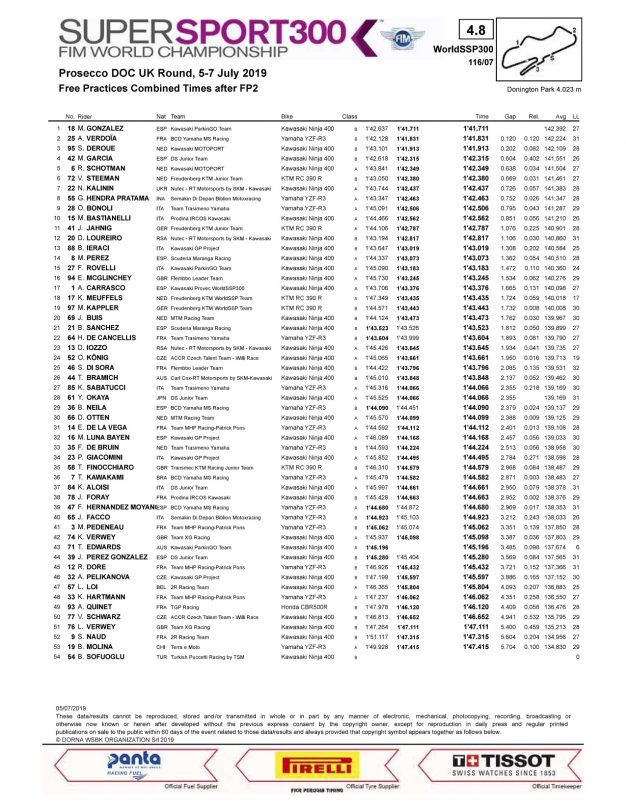