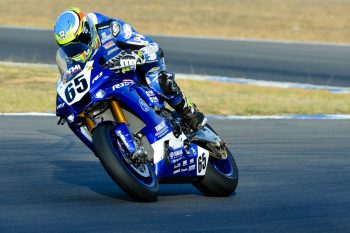 Set to start from P2 in today’s pair of 16-lap races at Morgan Park’s fourth round of the 2019 Motul Pirelli Australian Superbike Championship (ASBK), Cru Halliday believes ‘evolving’ with the flow of each encounter will be key to a successful weekend.

The Yamaha Racing Team rider has been consistent all year long, and is currently ranked second in the championship standings – just one point shy of leader Bryan Staring (Kawasaki BCperformance).

“I’ve already asked myself what the approach will be many times, but I don’t think there’s a game plan – I’ll just have to let the race evolve around me and go with it,” Halliday explained to CycleOnline.com.au.

“Every time the racing and competition is this close – when you start making plans, it sort of backfires on you and you go into limbo mode. As the race evolves, I’ll hopefully stay with it – if I can go, I’ll go – if I can’t, I’ll just try stay in there and grab as many points as I can for the championship.”