The weekend was one of the biggest all year, with ASBK, MotoGP and WorldSBK all contested. This is Cycleview on CycleOnline.com.au.

Of course, much of the attention locally was cast upon the Motul Pirelli Australian Superbike Championship (ASBK) at Morgan Park Raceway in Queensland. And, as usual, the on-track action was absolutely phenomenal.

I think it’s safe to say at this point that the championship will be wide-open entering the back portion of the seven-round series. So far, we’ve had four different winners in four rounds and there are five different manufacturers in the top five of the premier class standings.

The beauty of the ASBK is that with the wide range of circuits that the series visits, different strengths come to the fore. For example, a rider who excels at Morgan Park doesn’t necessarily suit Phillip Island or vice-versa, so what that means is the next two rounds at Winton and the Island will be pivotal. 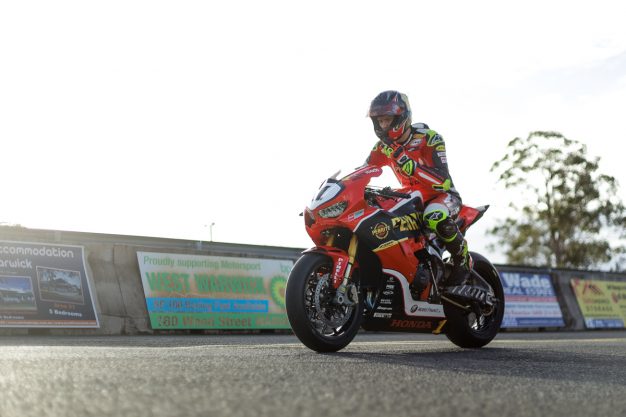 In my mind, Sydney Motorsport Park is somewhat more neutral in its character, so if the points are tight leading in – which we’re certain they will be – then we will be in for an incredible title-decider. So, as we stand, this is the most important part of the championship.

Jeremy was in Queensland on the weekend, so he’ll dive deeper into the specifics below, but of course, MotoGP (Sachsenring) and WorldSBK (Donington Park) were both on over the weekend. The grand prix wasn’t as exciting as it’s been in the past, but it was a strong round for Australia’s Jack Miller in P6.

World champion Marc Marquez is no doubt the ‘King of the Ring’ and scored pole/won his 10th-successive German GP, while behind him, Maverick Vinales and Cal Crutchlow were particularly strong.

Over in the UK, Kawasaki’s defending number one plate-holder Jonathan Rea delivered all three race wins to seize the championship lead, while Alvaro Bautista’s one-time 60-point lead has been completely erased. With that, the 2019 season has come alive! Here’s Jeremy with more…

As Alex mentioned, the ASBK title chase is wide-open with three races still to be run, and with every round it becomes even more unpredictable. Along with four different winners from four races, there has also been four different points leaders, which is another interesting factor in how the championship is unfolding. 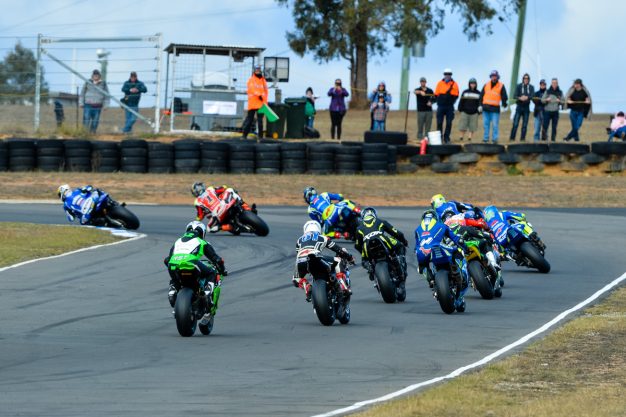 Morgan Park looked set to be dominated by Mike Jones (DesmoSport Ducati) as he earned pole and the race one victory, however a rare mistake in the second encounter saw him put in a heroic performance, climbing from outside the top 10 and into P3.

Unfortunately, it was that mistake that denied him of his first overall of the season, but he now leads Cru Halliday (Yamaha Racing Team) by one point in the standings. Jones’ misfortune fell into the favour of Wayne Maxwell (Team Suzuki Ecstar Australia), who kept himself in the title fight with a race and overall victory.

Maxwell is ranked fifth in the standings, and despite recording two DNFs so far this season, he’s just 26 points behind leader Jones. Reducing that gap is more than manageable in the following rounds if he can put himself in good positions.

But as it stands, there six riders in the mix, with defending champion Troy Herfoss (Penrite Honda Racing) in third behind Halliday and Jones, followed by former points leader Bryan Staring (Kawasaki BCperformance) and Maxwell, and then there’s 2017 champion Josh Waters (Team Suzuki Ecstar Australia) just one point behind his teammate.