The 2018-2019 Endurance World Championship (EWC) wrapped up with Australia’s Josh Hook and his TSR Honda France team finishing fourth at the prestigious Suzuka 8 Hours on Sunday, which resulted in second within the final standings. Although Hook’s team just fell short of defending the crown they captured last year, it was still an extremely impressive run for the 26-year-old as he displayed legitimate front-running potential in Japan throughout race week against some of the biggest global Superbike names in the game. CycleOnline.com.au caught up with him on arrival back home this afternoon. 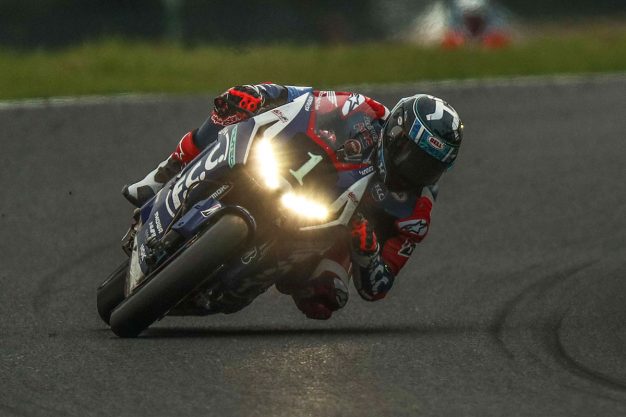 Another Suzuka 8 Hours is complete and, with that, this year’s Endurance World Championship has concluded as well. How are you feeling about it all now that it’s all said and done?

Yeah, we’ll start with the Suzuka race, where Honda came to us with a completely new bike and it was a massive step in the right direction. In the tests we were really fast and I went faster than I’ve ever been at Suzuka by quite aways – I was feeling confident on the bike and everything was working quite well. We were always in the top three during the pre-test, which was good. Going into Suzuka we were a fair few points behind in the championship, so it was a long-shot to win the title and we basically had to hope that something happened to Kawasaki and Suzuki. Last year at Suzuka we were in defence mode, but this year was a lot different because we had to attack and give it all we had… It’s a really different mindset. The bike was good and we led a few laps at the beginning of the race, so I had the pace to go with the front guys, for sure. Towards the end of the race though, they really stepped it up and that pace was just unbelievable, so to be fair I don’t think I had any more left in me to go as good as they did. Overall, I’m quite happy with the result. It would have been good to finish on the podium, but even if we did it wouldn’t have changed our championship ranking at all, so we did everything we could and I did strong stints when I was on the bike.

It’s unreal. We know the bike can do it because it’s identical to the HRC bike. Obviously, we don’t have as many technicians in the box that can help us improve, which would be a big help, but in terms of the actual equipment, it’s the same. We know it’s capable of doing good lap-times and that’s what we did, so – as I said – I was super happy with how I rode and it felt good to be riding with those big boys. I’ve never been able to challenge them at Suzuka as such, that was the closest I’ve been to them, so it gave me confidence in myself that I am getting better and we are learning something new. I mean, we’re not a million miles away off the likes of Jonathan Rea, Katsuyuki Nakasuga, Takumi Takahashi, Sam Lowes, Michael van der Mark and those guys, because I don’t believe they’re faster over one lap. The way their bikes are working with the electronics, I think they can manage the tyre better, whereas we seem to struggle after about 15 laps, so that’s what myself and the team need to work on. It’s good to see that I’m capable of getting up there and being amongst it though. 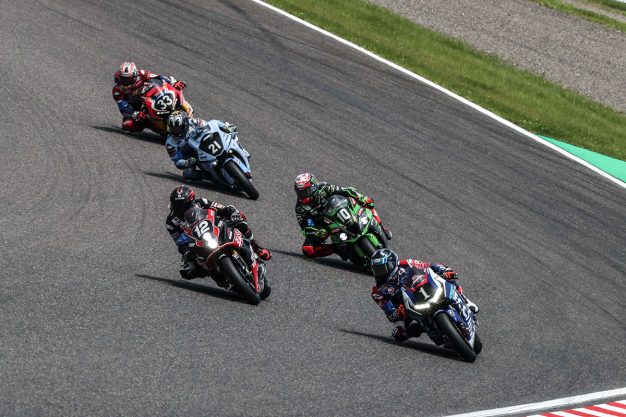 That type of performance kind of validates the strength of EWC as well, because although it appears Suzuka is getting increasingly more difficult, so is the world championship.

For sure. EWC is growing at a rapid rate as far as the riders and teams are concerned, so there is no doubt that it’s really competitive. In Europe, it’s even more competitive because you don’t have the difference in tyre manufacturers, because obviously, Bridgestone has a massive advantage over Dunlop and Pirelli when we go to Suzuka. It’s good to see the level of EWC getting tougher and tougher as the years go on.

What was it about that upgraded bike in Japan that made it so much better than the usual CBR that you’d been racing in EWC?

Firstly, when we jumped onto the bike in June, I think I did three laps before I went faster than I’d ever been around Suzuka. It was just so easy to get a good feeling with the bike, especially the front-end because we had been struggling with a very vague feeling a lot in the past and it was hard to build confidence and see the limit of the front tyre. When we hopped on this bike, all of those problems went away – all three riders went fast straight away and it’s a very easy bike to ride. As far as the engine goes, being an eight-hour engine it’s a lot faster than the 24-hour engine that we’d been running for most of the year, and we’ve also gone to Marelli electronics like HRC use. They’re just a whole different world because the trust that you can put into them is… once you get your head around them, they’re so much faster. 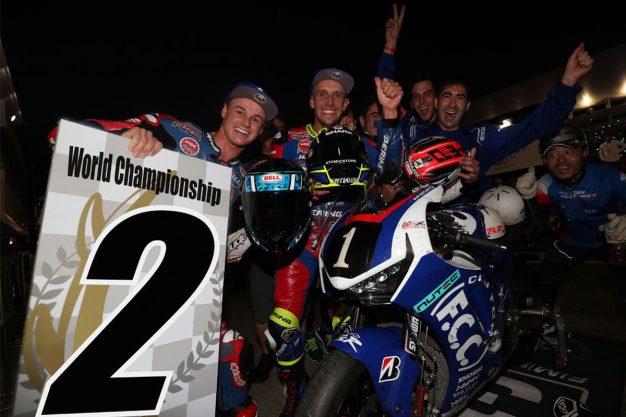 This year you won the Bol d’Or 24-hour and also the Oschersleben 8 Hours, but there were a couple of low points as well that resulted in being runner-up for the series. Looking back, are you satisfied with the end result?

Not satisfied, as such, because we all know that we had the pace to win it. We made a few mistakes in the 24-hours, which you can’t afford to make because of the 60 championship points up for grabs – you get points at eight hours, 16 hours and then the end of the race as well. We won the Bol d’Or, but had a problem at the beginning of the race and didn’t get the intermediate points, but we got the points at the end. That was a strong finish and then we headed to Le Mans for the 24-hour, which was a shocking race for us when we had two crashes and that put us out of the points altogether. That was a massive blow to our championship and was what really did us in come the end because we only lost by six points and we’d lost 60 points to SRC Kawasaki in that race when they won. From there we came good, winning Oschersleben, finishing third in Slovakia and then fourth at Suzuka for some solid points. Generally, we’re quite consistent and don’t make too many mistakes, but at Le Mans we were trying to set the bike up for a lap-time, which really hindered our chances in the race because it became too hard to ride. We learned a lot from that and I’m sure the same thing won’t happen again. The team and I know that we’re capable of winning championships, so we’re not overly stoked on the result in the end, but that’s the way endurance racing goes – it is what it is and we won’t make the same mistakes again.