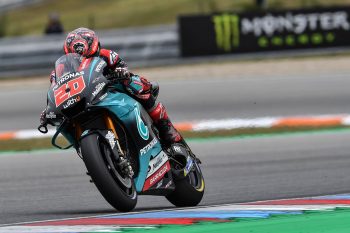 Petronas Yamaha SRT’s Fabio Quartararo had a fairly quiet Friday morning at the Monster Energy Grand Prix Czech Republic, but the Frenchman was more than back in business as the day started to come to a close.

Quartararo pulled 1.7 seconds out his pocket near the end of FP2 to snatch first from reigning MotoGP champion Marc Marquez (Repsol Honda Team).

The gap was small though, with just 0.023s separating the two by the end of play. Just behind them, it was an even smaller gap between third and fourth – a non-existent one – as Jack Miller (Pramac Racing) and Andrea Dovizioso (Ducati Team) set identical lap-times.

With rain forecast for Saturday morning, Friday took on even more importance than normal in terms of Q2 entry, the top 10 on the combined time-sheets potentially already decided if the weather changes. In terms of times, Maverick Vinales (Monster Energy Yamaha MotoGP) was the first major improver in FP2.

Five-time premier class Brno winner and teammate Valentino Rossi had to nurse his M1 back to the pits with just over 20 minutes of FP2 to go after a mechanical issue and at that stage, the likes of ‘The Doctor’, Danilo Petrucci (Ducati Team), Cal Crutchlow (LCR Honda Castrol) and Quartararo were languishing outside the top 10.

That would all change in the last 10 minutes, however. Soft tyres came out to play and Marquez stuck his Repsol Honda top of the pile, with the likes of Takaaki Nakagami (LCR Honda Idemitsu) and Miller also improving just before the reigning world champion went quickest.

Then, enter Quartararo. The rookie sensation was 18th in FP1 and somehow then suddenly seared around Brno 1.7 seconds quicker to move up from P17 to take over at the top in FP2. ‘El Diablo’ is back in business and very close to fully fit after his arm pump surgery and then shoulder dislocation.

The Frenchman heads Marquez by mere hundredths then, ahead of the two Ducatis of Miller and FP1’s fastest man Dovizioso, with earlier FP2 leader Vinales pushed down to fifth overall. Rins ends Friday in sixth, with Petronas Yamaha SRT’s Franco Morbidelli jumping up one place from his P8 in FP1 to take P7 in FP2.

Crutchlow, Rossi and Petrucci also all put in late personal best laps to earn top 10 positions, something that could prove crucial. Crutchlow was eighth overall, with Rossi recovering from his mechanical issue to place ninth, one better than his FP1 effort. Petrucci climbed three places for P10.

In Moto2, Fabio Di Giannantonio (Beta Tools Speed Up) was quickest on day one, although the number 21 only 0.035s ahead of Nicolo Bulega (Sky Racing Team VR46) by the end of play. Veteran Tetsuta Nagashima (ONEXOX TKKR SAG Team) was third, while teammate Rmy Gardner wound up 15th.

Moto3 saw Gabriel Rodrigo (Kommerling Gresini Moto3) go fastest on Friday, however, a crash in FP2 broke his collarbone and pelvis, ruling him out of the weekend. Tony Arbolino (VNE Snipers) and Tatsuki Suzuki (SIC58 Squadra Corse) completed the top three, with 16 riders ending the day within a second on the combined time-sheets. 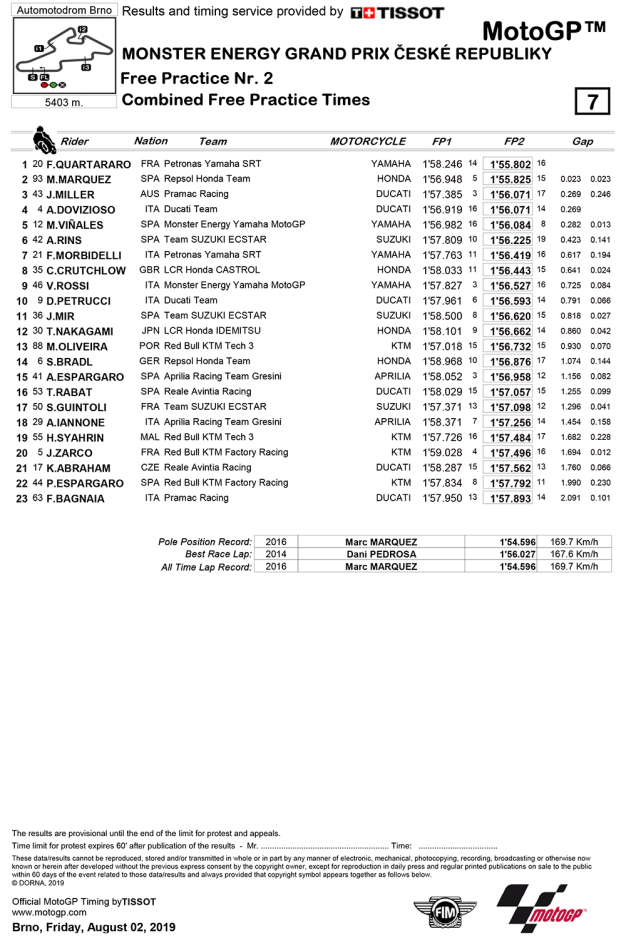 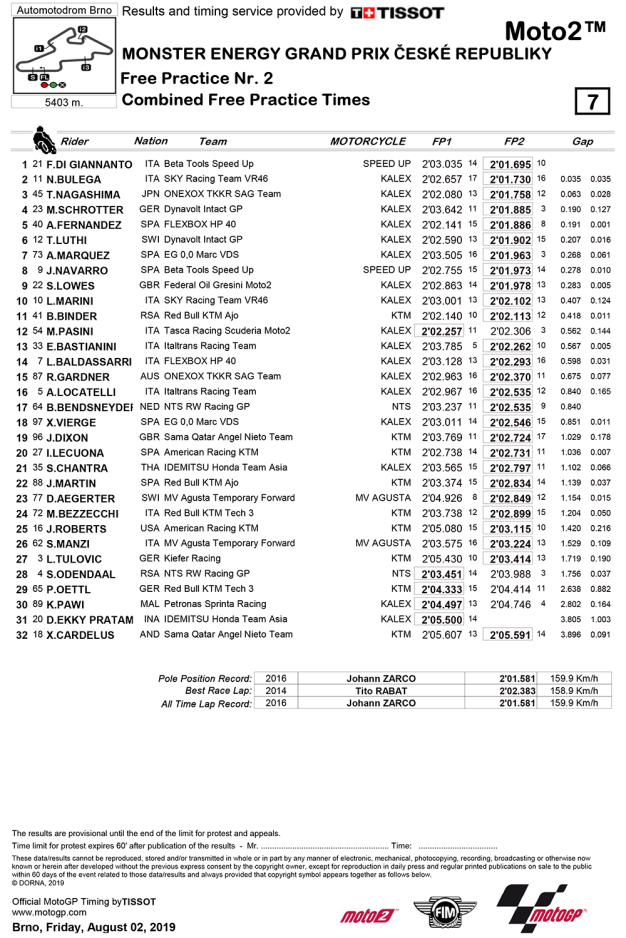 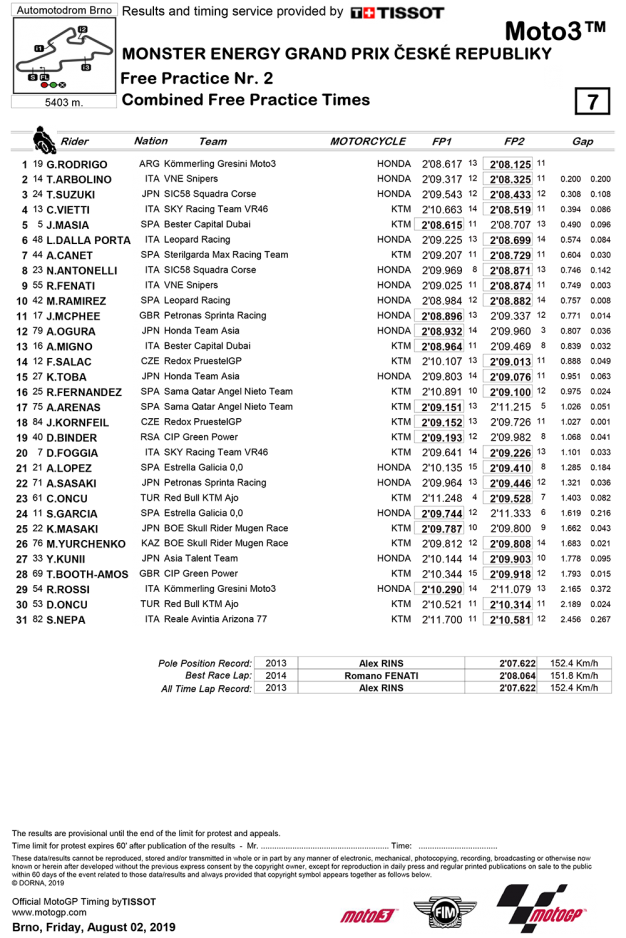