Slick gamble pays off for Marquez and Miller in Brno qualifying 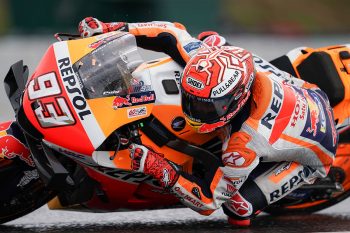 Marquez threaded the needle to perfection in one of the most stunning qualifying performances in history, annihilating his rivals by over two and a half seconds.

In Q1, it was also KTM’s time to shine as Zarco reigned ahead of teammate Pol Espargaro, with the two split by just 0.020s and both moving through to contest what looked like a very challenging Q2. And that it turned out to be, with Zarco again the man in the spotlight as the Frenchman took provisional pole with 10 minutes remaining.

The drama came first from a fight between Marquez and Alex Rins (Team Suzuki Ecstar), with the two getting a little too close for comfort on track before rolling into pit-lane in tandem and exchanging a few words. And that’s when the reigning champion switched to slicks, heading back out as the rain began to return.

Meanwhile, Andrea Dovizioso (Ducati Team) had gone the opposite way and it looked like Marquez could have made a serious mistake as the Ducati man shot up into second to split the KTMs when rain started to fall. But the number 93 kept on keeping on, eking out the advantage with utter commitment to the cause and taking over on top.

Miller was also seeing red and moved up to second behind Marquez not long after. For Miller, sadly, it came to an early end as the Australian crashed out, however, he’d done enough to keep his impressive second place and once again proved a master of rolling the dice.

Marquez’s final effort pulling him two and a half seconds clear of the field and a second and a half ahead of his previous best lap in the session. Mission accomplished, history made.

So he heads Miller and Zarco as the Frenchman earns KTM’s first MotoGP™ front row start and his best qualifying result since taking pole in Malaysia last year, with Dovizioso putting himself in a solid position for the race in fourth. Espargaro lines up in fifth for the second time this season, with Rins ultimately set to launch from sixth.

In Moto2, Alex Marquez (EG 0,0 Marc VDS) is on pole, but there’s much more to the headline than that. The number 73 timed it to perfection on a difficult, mixed track to take two seconds out his closest challenger, Sam Lowes (Federal Oil Gresini Moto2) and pick up where he left off in Germany.

The Moto3 field will be led away by Tony Arbolino (VNE Snipers), taking pole position by an impressive four tenths in the wet. Also having been fast on Friday in the dry, he’ll be joined on the front row by John McPhee (Petronas Sprinta Racing) and Niccolo Antonelli (SIC58 Squadra Corse). 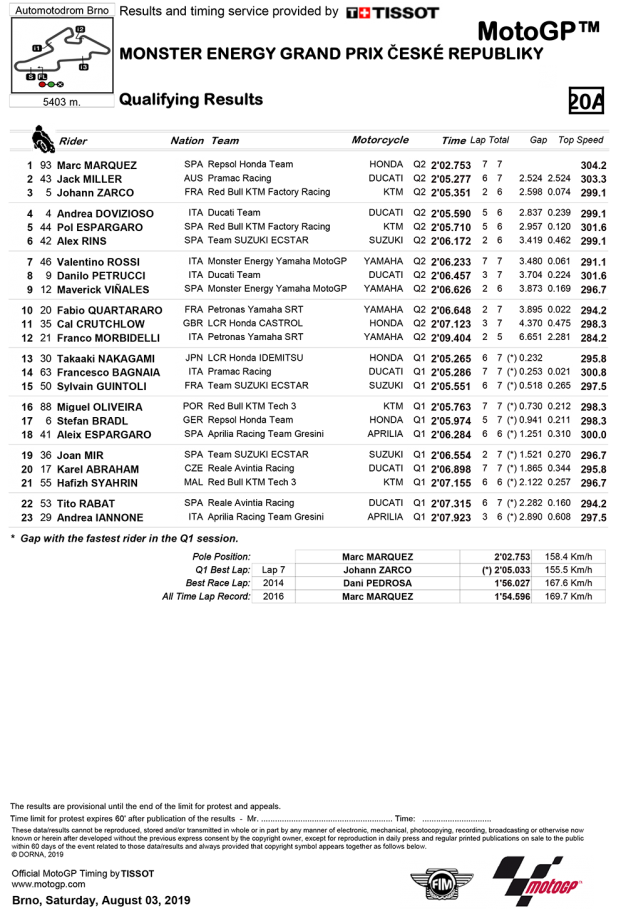 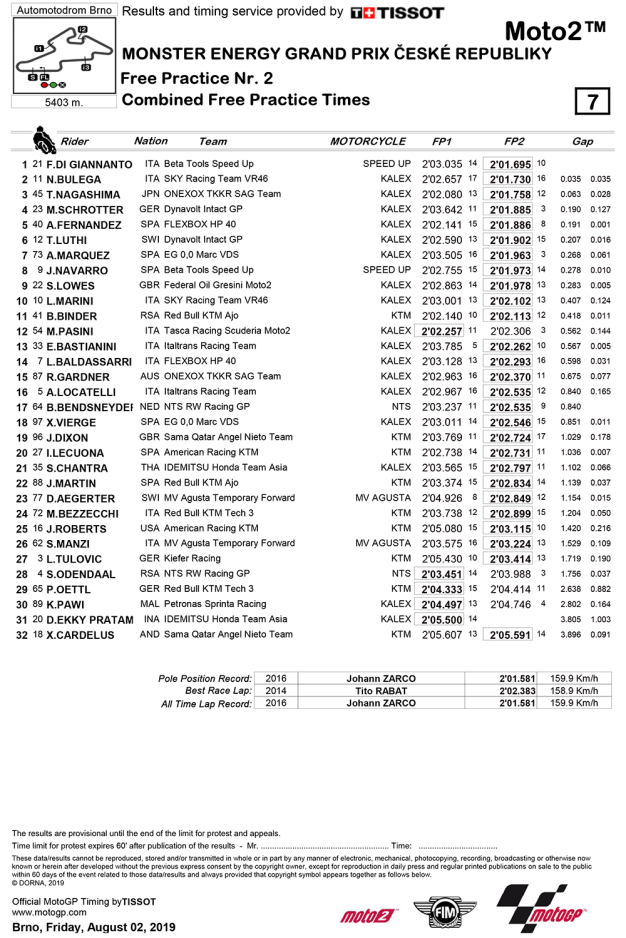 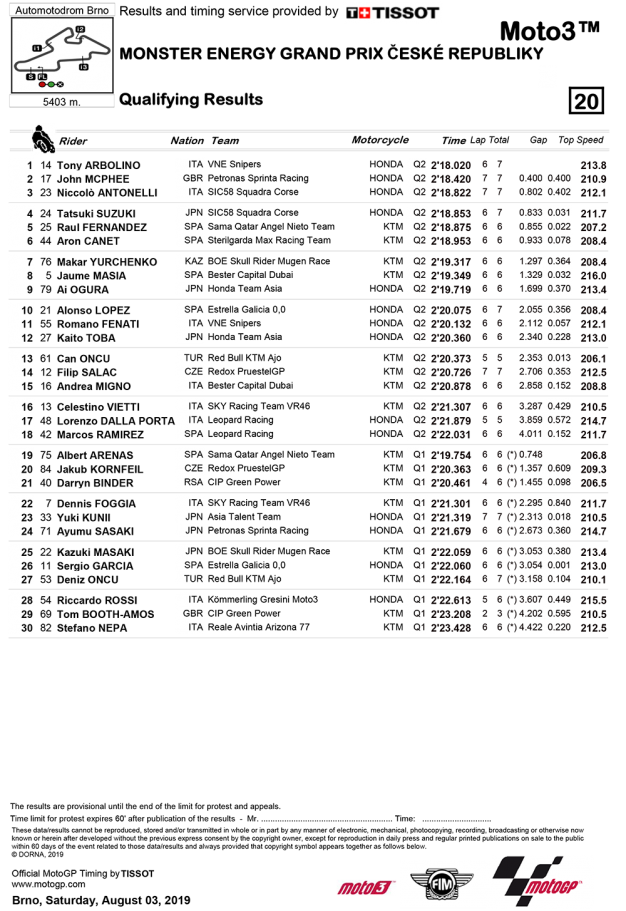