Round four of the Australian Superbike Championship (ASBK) headed to Morgan Park Raceway last weekend, which saw the Maxima BMW team running New South Welshman Aaron Morris as the sole rider for the round, in what was his second outing in the premier category in over a year.

The opening day of practice on Friday saw Morris recording the tenth quickest time in the combined standings.

The team tried some new brake pads, which unfortunately threw the setup out a bit.

Morris explained; “We had a bit more braking powering, which caused the Maxima BMW S 1000RR to get a bit ‘talie’.”

“So, we are going to work on that and really try and get the benefits out of the new Braking pads and see what we can do tomorrow,” added Morris, who completed a total of 23-laps for the day.

Morris understood that qualifying would have always been a tough one, as the tempo goes up. However, Morris believed that both himself and team could take a good educated guess from all of their testing data they have gathered and take a step forward for when it counted most.

True to his word, Morris came out in Timed Practice on Saturday morning and carved 1.268 seconds off his time from Friday to post a 1min13.461 on lap five out of a total of seven laps in the thirty-five-minute session. His time was good enough for third place, which handed him a ticket straight into Qualifying two.

In qualifying however, Morris openly admitted that he made a few mistakes, which costed him time. A 1min13.552 saw Morris qualifying on the third row of the grid in eighth place.

Morris made the opening sixteen lap race hard for himself by getting a shocker of a start. By the end of the first lap, Morris had fallen down to thirteenth place. However, the 27-year-old dug deep and carved his way through the field to come home in sixth place, which marked the best race finish result for the Victorian based team since last year’s grand finale at the Phillip Island Grand Prix Circuit, when Glenn Allerton and Ted Collins both recorded a fourth-place finish in both race one and two.

“I made the first race difficult for myself after having a bad start,” explained Morris, who admitted that he was struggling a bit to get into a rhythm and find where he could pass other riders.

“After not being on a Superbike for a while and not fully racing at Morgan Park, it made it a bit difficult to ‘nut it out’. The main thing is we slowly progressed our way forward and made progress and showed just how strong the BMW S 1000RR actually is.”

Morris was to replicate his race one start in the final race, this time heading into turn one second last. However, as Morris explained, he was lucky enough to be able to pass six riders on the opening lap to make his way up to eighth place by lap one.

Morris was feeling comfortable in the second race. By lap four he was trailing Bryan Staring in seventh place and feeling pretty relaxed.

Morris explained; “I wasn’t trying anything to difficult, as I just wanted to keep the pace with Bryan and the rest of the riders up front. I finally got my bearings around the circuit and had an idea where I could make some of the passes.”

However, on lap five Morris simply got unlucky and hit a bump going into turn one and lost the frontend, which meant game over.

“Apart from the crash, I was feeling really good out on track,” expressed Morris after race two.

“I’m just disappointed that I was unable to deliver the team and sponsors another good result like what we did in race one. That’s racing sometimes. You have to take the good with the bad. Overall, it was a good weekend. I’m very happy with the times and results which I was able to do and that is a huge credit to Wayne Hepburn, Shane Kinderis, and George Allerton for their help and support over the weekend. On top of that, massive thanks to both Glenn [Allerton] and Ted [Collins] for their assistance as well. I know it would have been hard watching but appreciate their support,” finished Morris, who rounded out the weekend in eleventh place overall with 15-points to his name.

The Australian Superbike Championship now heads to Victoria’s Winton Motor Raceway, 53km from the home of Alpine Performance Centre, for the fifth stop on the tour, which is scheduled for 6 – 8 September. 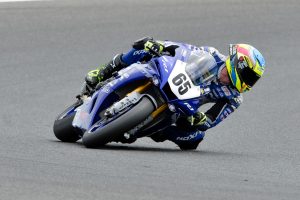 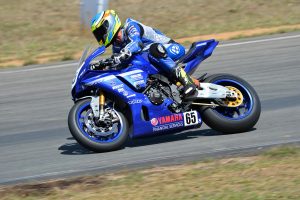 Race wins the target for Halliday in 2020 ASBK title bid 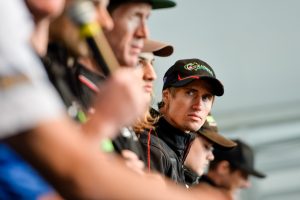