Zarco KTM departure made official at end of 2019 season

Austrian manufacturer mutually agrees to part ways with the Frenchman. 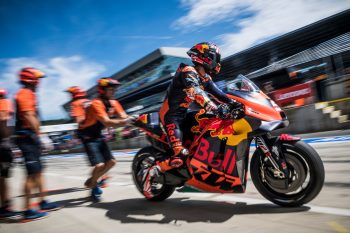 Red Bull KTM Factory Racing has confirmed it’s mutually agreed to part ways with Johann Zarco at the conclusion of the 2019 MotoGP World Championship, despite only being one season into a two-year contract.

The 29-year-old joined KTM towards the end of 2018 after his second term in MotoGP and for his first with full-factory support, however has seemingly struggled to come to terms with the RC16, mustering up just 22 points in the first 10 rounds.

In KTM’s announcement, the Austrian manufacturer stated ‘Zarco tried to adapt his riding style to the KTM RC16 and the team tried relentlessly to mould the number five machine to the Frenchman’s wishes and requirements, while teammate Pol Espargaro made regular Q2 qualification appearances and persistently vied for top 10 positions’.

While set to push through the final eight rounds of the championship, it’s unclear where Zarco’s future lies, with majority of seats at capable and competitive teams already tied up for the 2020 season.