Always set to be a thriller, the Austrian grand prix delivered on all levels. Welcome to Cycleview on CycleOnline.com.au.

Since the Austrian grand prix returned to the MotoGP World Championship at the Red Bull Ring in 2016, Ducati has had a stranglehold on the venue, clinching victory every year so far. 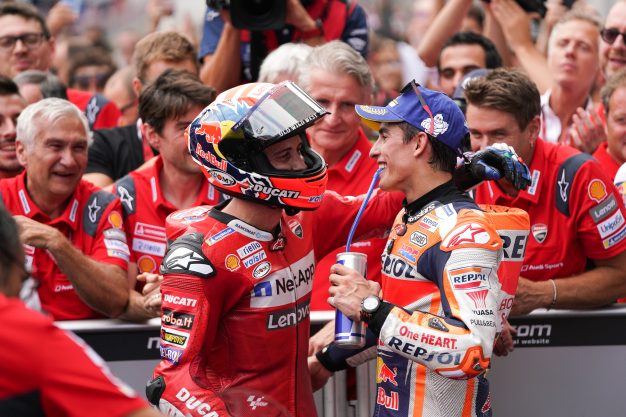 That almost came to halt at the weekend by a likely spoiler of reigning champion and current points leader Marc Marquez (Repsol Honda), who also eclipsed Mick Doohan for the highest amount of pole positions in the premier class on Saturday.

The Spaniard was primed for victory, but Ducati Team’s Andrea Dovizioso wasn’t going to let the number 93 run away with a win, which ultimately resulted in the pair duelling for the entirety of the 28-lap encounter, the race coming down to the final corner on the last lap when Dovi sliced his way by, maintaining Ducati’s winning streak at the circuit.

It was an incredible display of riding from the duo, showcasing motorcycle racing in its finest form. While the rivals stole the show and the headlines, Australian Jack Miller (Pramac Racing) was vying for a podium, although his hopes of claiming consecutive top threes came crashing down in the opening half of the race, denying him of the opportunity. 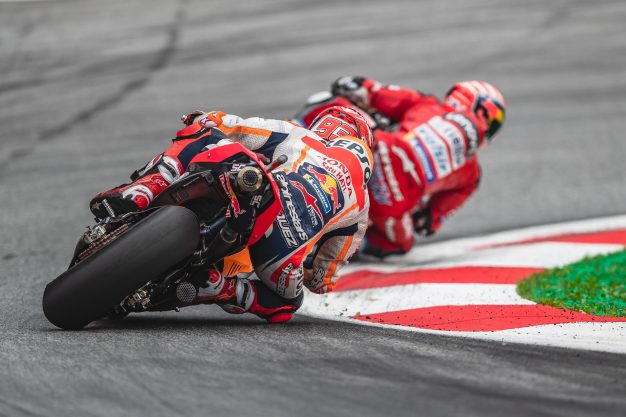 It looked to be a promising weekend for the Australians, as Remy Gardner (SAG Racing Team) displayed brilliance, but he too crashed out in the Moto2 category. Gardner was actually eyeing off victory before a mistake led to him colliding with Alex Marquez (EG 0,0 Marc VDS), forcing the Australian to go down.

It leaves plenty to be excited for our Aussie contenders come Silverstone, a venue that Gardner excelled at last year as he earned his first front row start before the event was cancelled.