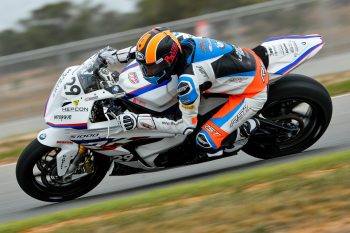 Maxima BMW has cited ‘budget issues’ are what led the Next Gen Motorsports-operated squad to part ways with Ted Collins despite three rounds still remaining in the 2019 Motul Pirelli Australian Superbike Championship (ASBK).

Collins, who captured the 2017 Australian Supersport crown with the outfit before graduating the premier class last year, has endured a luckless year, crashing heavily at both Wakefield Park and The Bend, which prompted him to sit out Morgan Park’s fourth round last month.

“First of all, the team and I have got to thank Ted for his commitment and efforts over the last two and a half years,” said team manager Wayne Hepburn.

“It has been great working with Ted. Being able to help and guide him to his first Australian Supersport championship in 2017 was a really big achievement for both Ted and the team. However, just [due] to budget issues, we are unable to continue supporting Ted at this stage. I personally wish Ted the best fortune in moving forward.”

Collins issued his own statement via social media on Sunday afternoon, confirming his departure from Maxima BMW while indicating he’ll still be on the grid at Winton’s fifth round, scheduled for 6-8 September.

“It’s quite sad to announce that I won’t be with the Next Gen team for the remainder of the 2019 ASBK season,” Collins commented. “Next Gen Motorsports has been a vital part of my racing career and I wouldn’t be where I am today without them. I would like to personally say thank you to Wayne, Shane and Nathan for all of their support over the last three years.

“With this news coming so late in the season, it will be difficult to finish the year in a competitive way. However, I have some great people behind me and I am happy to confirm that I will still be on the grid come round five of ASBK at Winton Raceway in three weeks time.

“We are keeping a positive outlook on the situation at hand, and we are certain we will be making something happen for the 2020 championship. We just have to keep looking forward, and not lose sight of our overall goal.”

Collins is currently ranked 17th in the championship standings with 49 points to his name. Maxima BMW will continue to field former three-time ASBK champion Glenn Allerton.