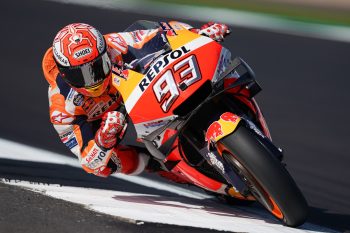 Repsol Honda Team’s Marc Marquez took pole number 60 of his career to steal P1 in a Q2 Silverstone stunner, with everything going down to the wire and a three-man freight train of Marquez, Valentino Rossi (Monster Energy Yamaha MotoGP) and Jack Miller (Pramac Racing) fighting it out in the final seconds of the session.

Over the line it was Marquez who took the upper hand, with Rossi set to start P2 after taking his first front row since Austin and Miller alongside the two men on the front row in third. Turn 1 is going to be a stunner.

It was Andrea Dovizioso (Ducati Team) and Alex Rins (Team Suzuki Ecstar) who made it through from Q1 after finding themselves outside the top 10 on Saturday morning, with the number 04 ultimately topping the session by 0.246s to set himself up for an assault on Q2. That Q2 didn’t disappoint, with the grid in the air until the final few seconds.

After the first run it was free practice pacesetter Fabio Quartararo (Petronas Yamaha SRT) who was on provisional pole, but the Frenchman came under threat once the final assault began. Rossi needed a lap time after having his maiden lap cancelled for track limits and ‘The Doctor’, Marquez and Miller came out of pitlane at the same time as a cat and mouse game proceeded on the out-lap, with no one wanting to lead.

After they’d almost ground to a halt on the Wellington Straight, it had to be go-time and needing a lap time the most, Rossi had to bolt. Marquez and Miller slotted into the tow, and all three were up in the first sector. And the second, and then the third – but Marquez was the man with the biggest margin, the reigning Champion a few tenths under Quartararo’s time by the final sector.

As the three barrelled round the final corner, Rossi was first over the line to take over at the top, before being deposed by Marquez just behind him. A split second later Miller stole third, leaving Quartararo relegated to fourth and a Marquez-Rossi-Miller front row.

As it transpired, an alarm on the dash had caused the Frenchman to switch to his number two bike and there wasn’t time to change the front tyre. So Q2 may have been out of reach, but El Diablo’s FP4 pace says he’ll be guns blazing on Sunday afternoon.

Alongside Quartararo on the second row is Rins after a solid session despite the Suzuki rider’s journey through Q1, with Maverick Viñales (Monster Energy Yamaha MotoGP) slotting into sixth after he’s shown good speed all weekend at the track that saw him take his first premier class win. Dovizioso, who topped Q1, will line up seventh and will be gunning for another characteristic stunner of a start, although the Italian’s fastest laptime was identical to that of Viñales.

Danilo Petrucci (Ducati Team) had a tough day at the track where he took his first podium and was P11, ahead of Aleix Espargaro (Aprilia Racing Team Gresini) and the Red Bull KTM Factory racing duo of Pol Espargaro and Johann Zarco. Red Bull KTM Tech 3’s Miguel Oliveira was only just off the factory duo in P15. 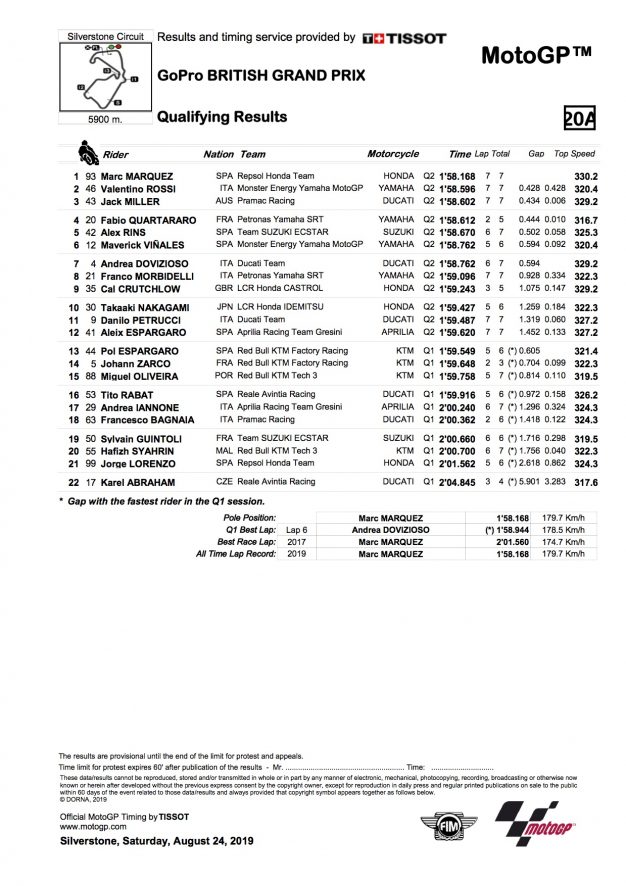 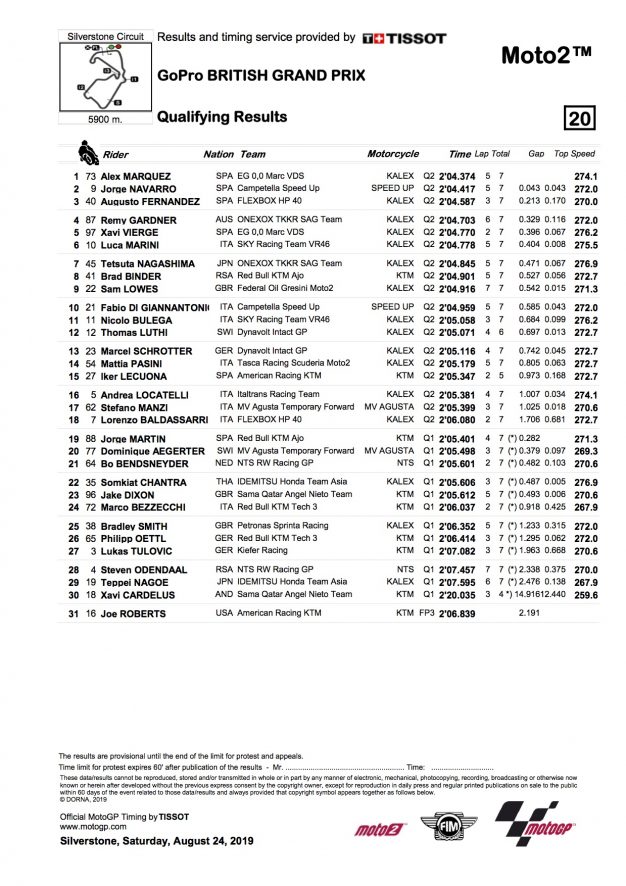 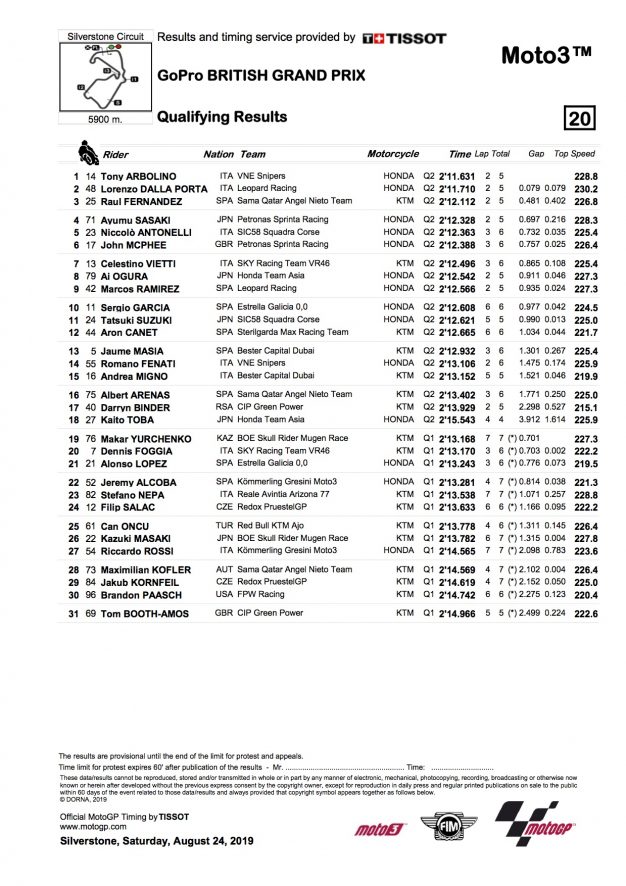