It’s Motul Pirelli Australian Superbike Championship (ASBK) week and, as the season gets set to go down to the wire, Winton’s fifth round could be the most pivotal of all. This is Cycleview on CycleOnline.com.au.

I’m sure if you browse back through the archives I’ve said plenty of ASBK events will be vital in terms of the championship, but with the way things have played out so far in 2019, each and every round will count by the season’s end.

With the round wins so far belonging to Aiden Wagner (Phillip Island), Troy Herfoss (Wakefield Park), Bryan Staring (The Bend) and Wayne Maxwell (Morgan Park), there hasn’t been a repeat winner through the first half of the year.

Interestingly as well, the pair who are positioned 1-2 in the championship standings – Mike Jones and Cru Halliday – haven’t actually won a round at all, so they’re there through sheer consistency. Especially when you consider Halliday’s case, he is yet to cross the line first on return to the premier class. 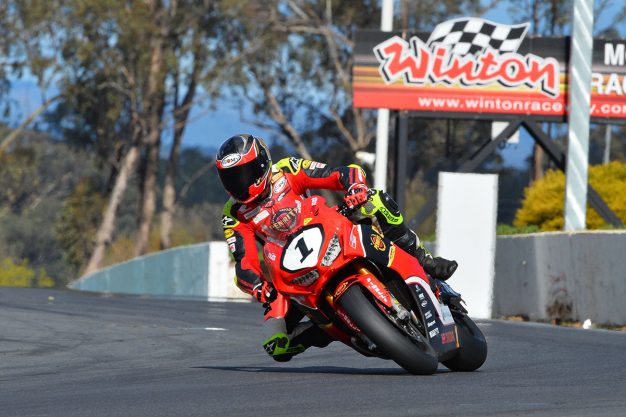 Does it matter? It will eventually. But, as of right now, consistency has paid off for both Jones and Halliday. In my opinion it’s only a matter of time until one of them does go ahead and stand atop the overall podium, although you can guarantee that defending champion Herfoss, the ever-competitive Maxwell, Staring and co. won’t make life easy at the front.

Consider the newfound rivalry that escalated between Herfoss and Halliday during the recent Winton test, that desire for glory will be higher than any other round contested so far this year. Maxwell doesn’t mind a bit of ‘biff’ either, so we could be on for an absolute classic at the relatively tight and technical Victorian venue come Sunday.

Personally, I haven’t actually been to a round since Wakefield Park’s second stop on the schedule as Jeremy’s been on location at The Bend and Morgan Park, so I’m that excited to get trackside once again at Winton and for the remaining rounds. Speaking of Jeremy, here he is with more…

The Motul Pirelli Australian Superbike Championship (ASBK) fires back into action this weekend at Winton in Victoria, marking the fifth round of the seven-stop tour.

It’s set to be a thriller, as the whole season has been, and there’s so much anticipation for it after Morgan Park, which was two months ago! This year’s championship has been getting more and more interesting as each round unfolds, and with the points standings still incredibly close, it’s set to continue in that manner.

DesmoSport Ducati’s Mike Jones sits atop the leaderboard, although he’s yet to score an overall win this season. He came close at Morgan Park, where he actually gained the points lead, but a bizarre error in the final race saw him fight back through the field before missing out on the top step. 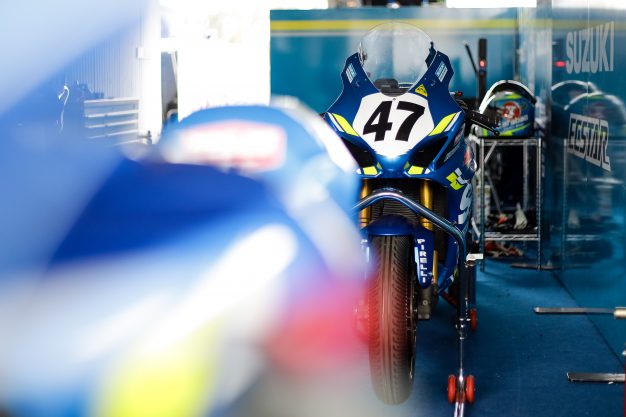 He currently holds down a slender one-point advantage of reigning Supersport champion and Yamaha Racing Team rider Cru Halliday. The New South Welshman has been supremely consistent in the first four rounds, which is exactly why he’s right in the title fight.

Defending champion Troy Herfoss (Penrite Honda Racing) sits fourth in the rankings, nine points shy of Staring. He hasn’t had the year he would’ve liked, but showed a much more promising weekend at the previous round. It really is ‘go time’ for Herfoss if he wants to retain the number one plate.

Team Suzuki Ecstar Australia duo Wayne Maxwell and Josh Waters are currently ranked fifth and sixth, with just a single point between them. Maxwell is the definitely one to watch – he’s been one of the fastest riders all season, however a couple of DNFs have damaged his chances. Coming off a win, he’s pretty hungry to work his way back into title contention.