Australian filling in for Loureiro at Nutec - RT Motorsports by SKM - Kawasaki. 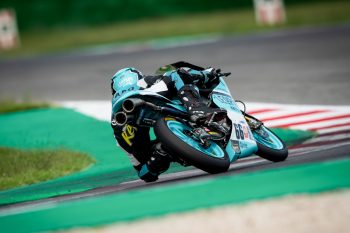 Youthful Australian Joel Kelso will make his debut in the FIM Supersport 300 World Championship (WorldSSP300) at Portimao in Portugal this weekend after scoring a fill-in ride at Nutec – RT Motorsports by SKM – Kawasaki.

Kelso, who currently races for the Leopard Racing Team in the Campionato Italiano Velocita (CIV) Moto3 series, will fill in for regular Dorren Loureiro, the South African unable to compete due to family circumstances.

“I’m really excited for this opportunity to race in the world supersport 300 championship,” said Kelso. “I can’t thank Rob [Vennegoor] enough for giving me a go. I understand this weekend will be difficult because I have never ridden a Ninja 400 and never ridden at Portimao.

“However, the Nutec – RT Motorsports by SKM – Kawasaki is a very professional team which will no doubt supply me a great bike to race on. So, all I have to do is work out which way the track goes and give it my best shot and we’ll see where we end up at the end of each day.”