Rea fastest on day one of Portimao WorldSBK 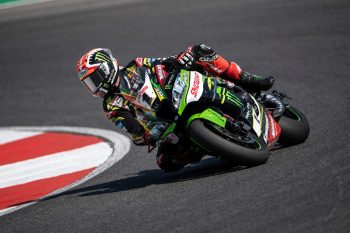 The 2019 Motul FIM Superbike World Championship (WorldSBK) concludes day one of action at the Portimao circuit in Portugal, with Jonathan Rea (Kawasaki Racing Team WorldSBK) ending the day on top.

The Northern Irishman’s metronomic consistency showed him to have good pace after the opening day, although championship rival Alvaro Bautista (Aruba.it Racing – Ducati) was right in behind him. The weekend is shaping up nicely, with plenty more to come as the weekend develops.

The Kawasaki Racing Team WorldSBK duo of Jonathan Rea and Leon Haslam had contrasting days, as Rea topped the opening day of action with Haslam in sixth. Rea was second after FP2 but with the times not improving too much, Rea topped the day overall.

Having won the last seven races at Portimao, he has a target on his back this weekend in order to stop his stranglehold on both the championship and the circuit. Leon Haslam was languishing down field in FP2, only able to finish in 12th but remained sixth overall.

Despite looking to take it easy, Bautista finished day one in second position, making an impressive racing debut at the Algarve International Circuit. The Spaniard topped FP2 but due to the lack of improvement, remained second on the combined times.

Bautista was one of the few riders to get under his lap time from the test two weeks previous. Chaz Davies (Aruba.it Racing – Ducati) wasn’t straight up at the front like he was at Laguna Seca, finishing tenth overall at the end of the opening day and the only rider in the top ten who was able to go quicker in FP2.

Lowes looks on course for one of his best weekends at Portimao, a track he has historically struggled at. Teammate Michael van der Mark was also looking strong, finishing the day in fifth place to make it two Yamahas inside the top five.

Leading the Independent charge and well inside the top four, Toprak Razgatlioglu (Turkish Puccetti Racing) has continued his form from Laguna Seca and Donington Park. The 22-year-old has been a prominent figure across testing at Portimao and during the Acerbis Portuguese Round.

Other Independent riders inside the top ten include Loris Baz (Ten Kate Racing – Yamaha) who was eighth overall as well as in FP2 and fellow Yamaha rider, Sandro Cortese (GRT Yamaha WorldSBK), in ninth on combined times, although he was fastest in the final sector during FP2.

Without a ride so far for 2020, Markus Reiterberger (BMW Motorrad WorldSBK Team) quietly reminded everyone of his capabilities with a sturdy seventh place overall and just over half-a-second off the top time set by Jonathan Rea. Reiterberger was just under three tenths clear of his teammate Tom Sykes, who crashed in FP1 earlier on. The 2013 WorldSBK champion was one of just five riders who improved their times in FP2, although he was still only 12th. 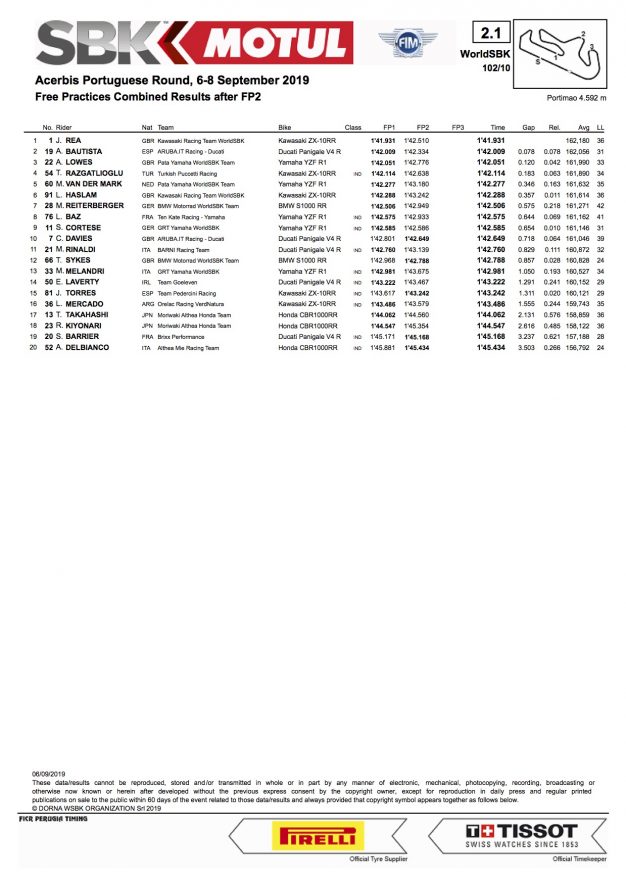 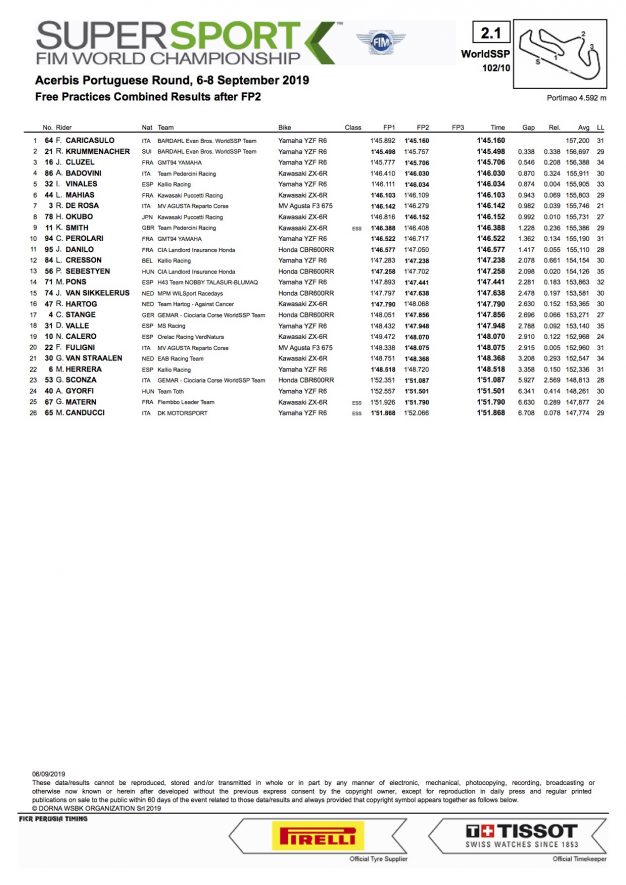 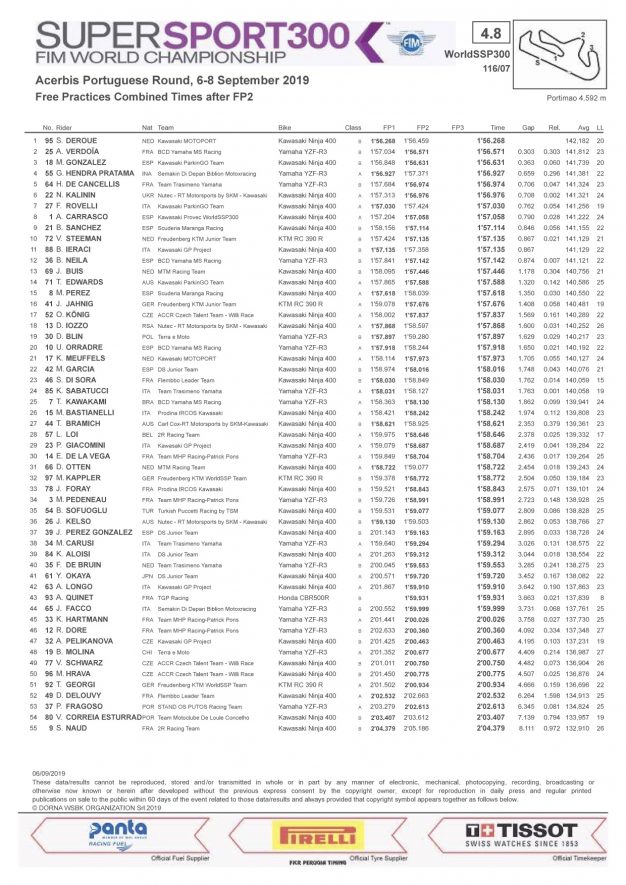