Triple champion Allerton ruled out of Winton races upon return

New recruit Morris to start as Next Gen Motorsports' lone rider on Sunday. 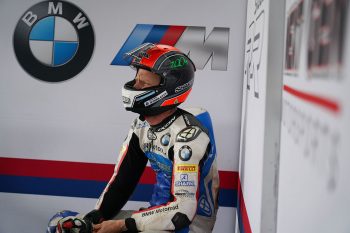 Maxima BMW’s Glenn Allerton has been ruled out of Sunday’s action at the Winton round of the Motul Pirelli Australian Superbike Championship (ASBK), still recovering from ongoing injury dramas.

Three-time title winner Allerton hasn’t been able to line-up since suffering a broken right wrist at The Bend in April and, despite qualifying 15th in Q1, he won’t compete tomorrow.

“I just don’t feel like I’m able to ride the bike at 100 per cent,” Allerton explained to CycleOnline.com.au. “I’m not able to pull the brake on and turn at the same time. I don’t want to be out there trying to conserve energy and last the distance – that’s not why we race.

“We had a good talk and decided I won’t be racing tomorrow. I worked really hard to be here, but sometimes it’s not meant to be and this is just one of those occasions where it hasn’t worked out. It’s safer and better for me not to race here… we’ll move onto Phillip Island and try again.”

After recently splitting with Ted Collins, the Victorian-based Next Gen Motorsports organisation is fielding Aaron Morris for the second-consecutive round this weekend and it appears he will complete the year. Morris qualified in 11th position this afternoon.

Collins, meanwhile, entered aboard a borrowed BMW at round five, but ‘unresolvable issues’ have sidelined the youthful privateer for the remainder of the weekend and very likely the rest of this season.