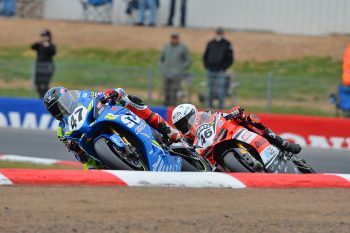 A drama-packed final encounter at Winton’s fifth round of the 2019 Motul Pirelli Australian Superbike Championship (ASBK) saw Mike Jones (DesmoSport Ducati) emerge with the race win after two restarts before being declared due to worsening weather conditions, however it was Wayne Maxwell (Team Suzuki Ecstar Australia) who claimed the overall victory.

It was once again Maxwell and Jones who led from the second restart – which was declared wet, yet majority of riders remained on slicks – as title contender Cru Halliday (Yamaha Racing Team) ran wide in the opening laps and returned to the circuit at the rear of the field.

Meanwhile, reigning champion Troy Herfoss (Penrite Honda Racing) was making quick moves from P12 on the grid, and actually charged by Maxwell and Jones into first as the duo raised their hands in acknowledgment of the worsening weather conditions.

The race was declared at that moment, with positions from the previous lap counting towards the race result paying just half points. Subsequently, Jones was credited as the winner over Maxwell and an extremely frustrated Herfoss.

Overall, Maxwell benefited from race two awarding half points to capture the win ahead of series leader Jones and Herfoss. Jones now leads Halliday by 11.5 points. 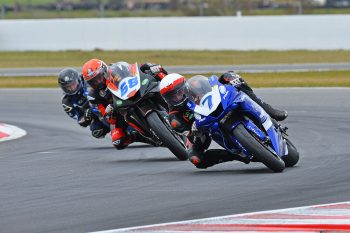 Points leader Tom Toparis (Landbridge Yamaha) reigned supreme in difficult track conditions, securing the race two win in the Supersport category. Cube Racing’s Oli Bayliss challenged for the lead early on before being passed by Toparis, and was then challenged by Broc Pearson (Yamaha), however a crafty manouver with just two turns to go saw him reclaim runner-up honours.

Richie Dibben (Suzuki) and Jack Hyde (Yamaha) locked out the top five, while it was Toparis who claimed the overall win ahead of Pearson and Ty Lynch (Yamaha).

Hunter Ford (Yamaha) broke through for victory in the final Supersport 300 race, edging out Senna Agius (Kawasaki) and Brandon Demmery (Yamaha), while it was Yannis Shaw (Kawasaki) who captured the overall ahead of Ford and Max Stauffer (Yamaha).

Demmery was victorious in the last Yamaha R3 Cup, joined on the podium by Stauffer and Ford, with the overall going to Demmery, Ford and Locky Taylor (Yamaha).

The final Oceania Junior Cup race saw Archie McDonald (Yamaha) earn victory ahead of Carter Thompson (Yamaha) and Reece Oughtred (Yamaha), with the top three overall being granted to McDonald, Thompson and Angus Grenfell (Yamaha). The ASBK now heads to Phillip Island for the penultimate round on 4-6 October. 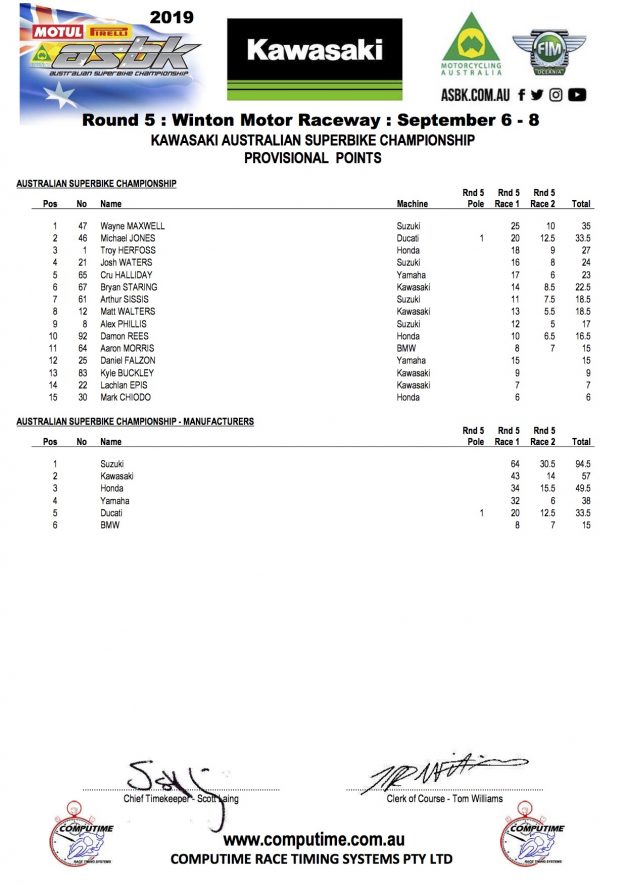 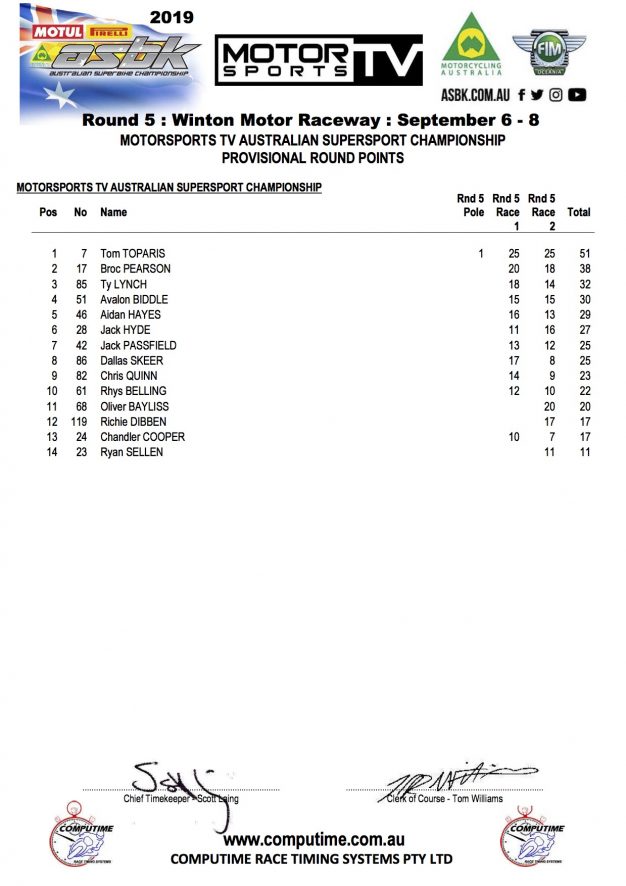 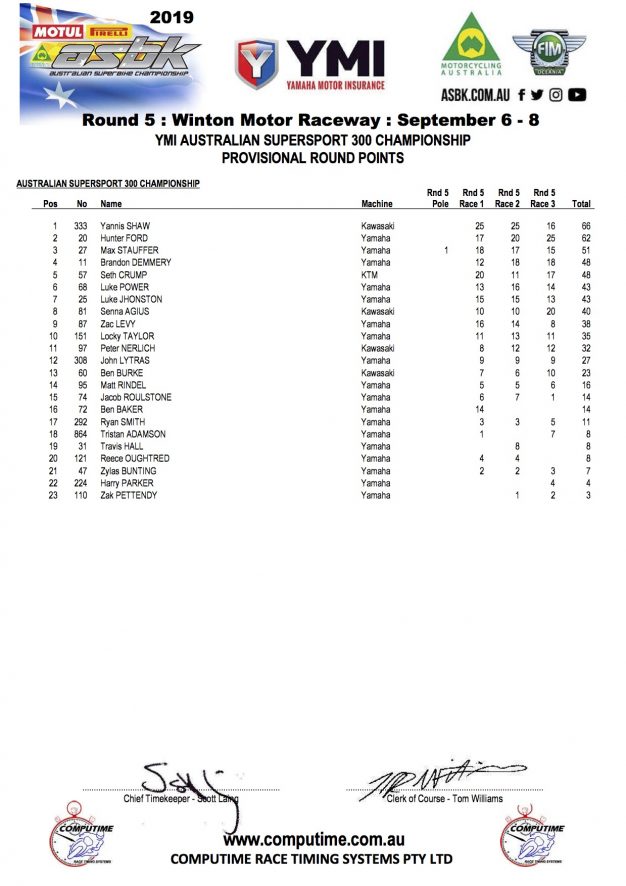 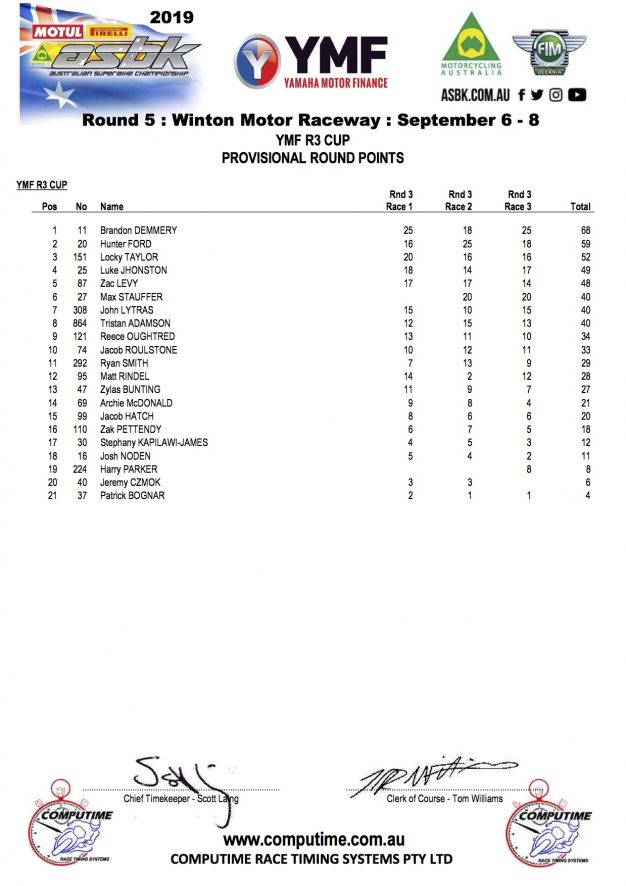 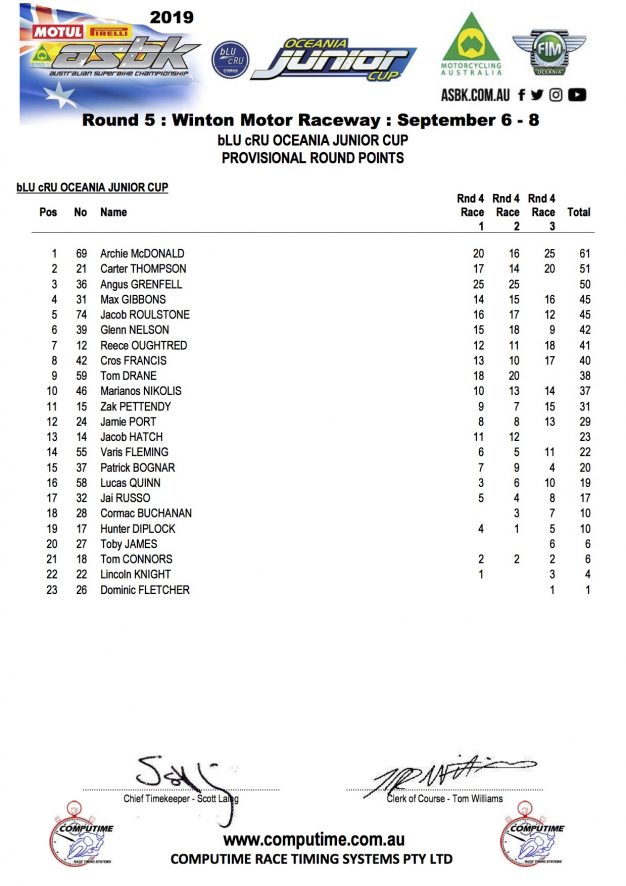