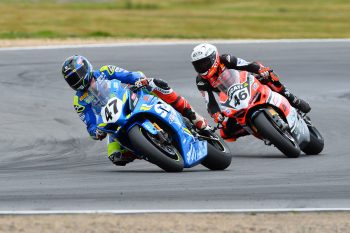 Jones and Maxwell quickly broke away from the field in the opening laps of race one, before the pair engaged in a back-and-forth duel that saw them trade positions for the lead on multiple occasions.

Maxwell ran wide on lap nine while holding down second, however it was only a matter of laps before the former champion sliced the gap and made his way by Jones once again. In the end, Maxwell was able to earn a stunning victory over Jones by 1.861s. 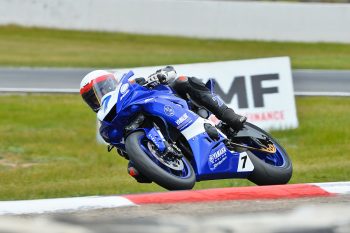 The opening Supersport encounter was brought to a halt just two corners in when Team Suzuki Ecstar Australia’s Reid Battye high-sided in front of the pack exiting turn two, causing a multi-rider collision that also claimed podium contenders Nic Liminton (Yamaha) and Jack Hyde (Yamaha). The trio didn’t return for the restart, however are understood to be okay.

The top five was rounded out by Dallas Skeer (Suzuki) and Aiden Hayes (Yamaha), as early front-runner Oli Bayliss (Cube Racing) was forced out of the race just three laps in.

Yannis Shaw (Kawasaki) once again reigned supreme in the Supersport 300 class, taking out victory in race two by a marginal 0.273s over Hunter Ford (Yamaha) and Brandon Demmery (Yamaha), while it was Ford who won race two in the Yamaha R3 Cup ahead of Max Stauffer (Yamaha) and Demmery. 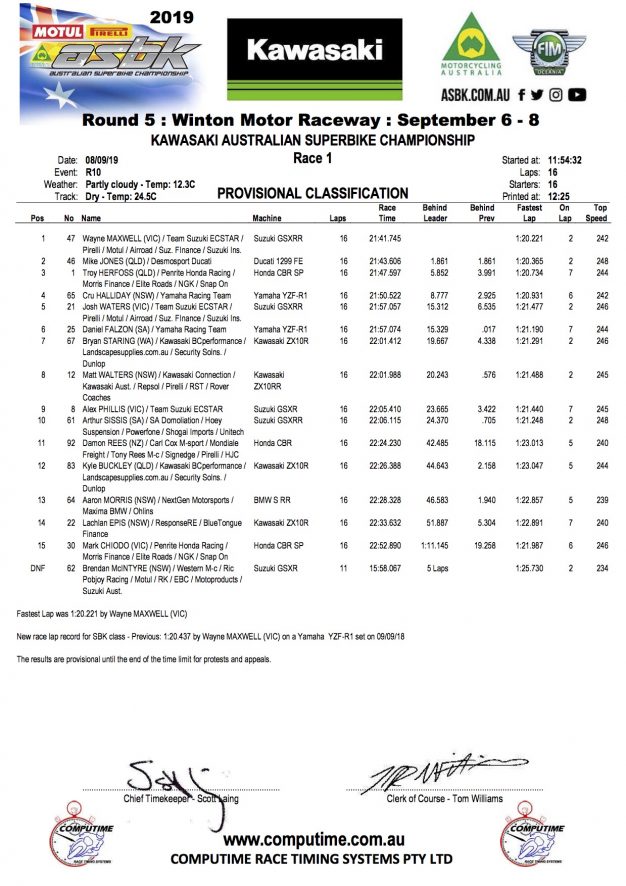 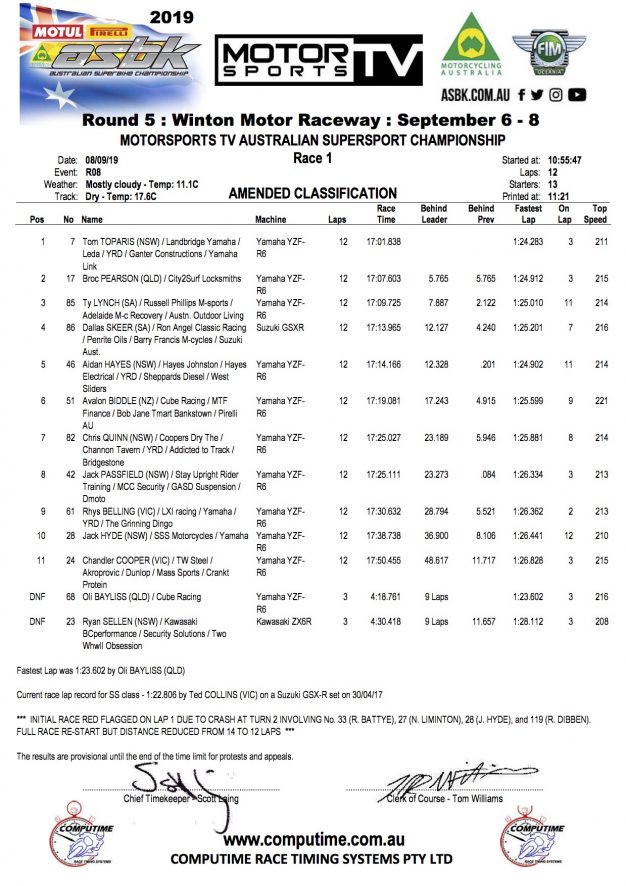 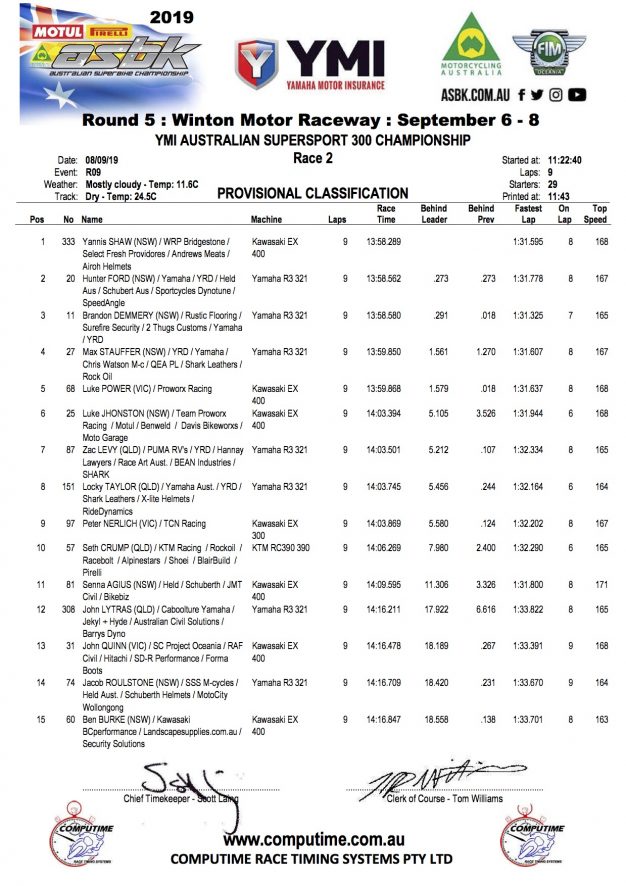 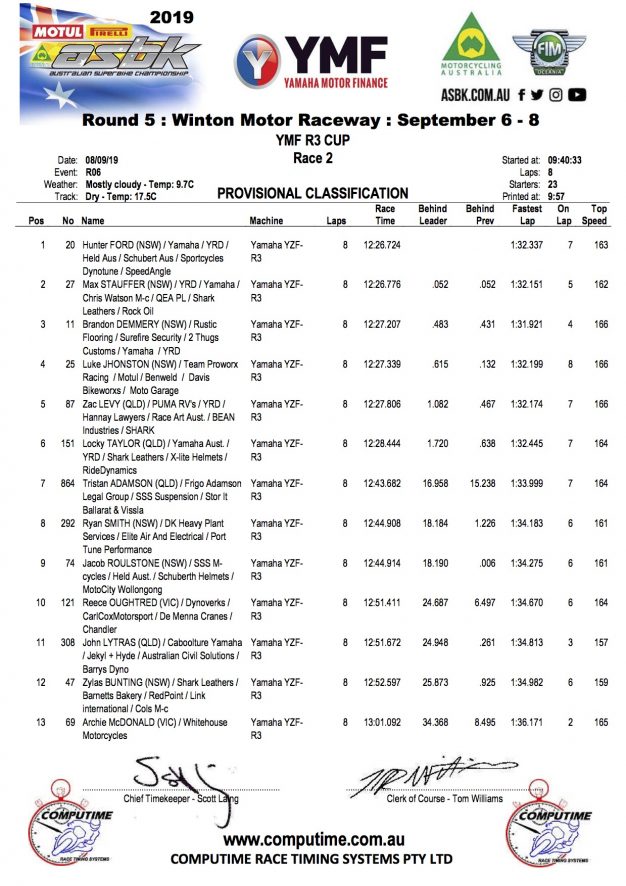 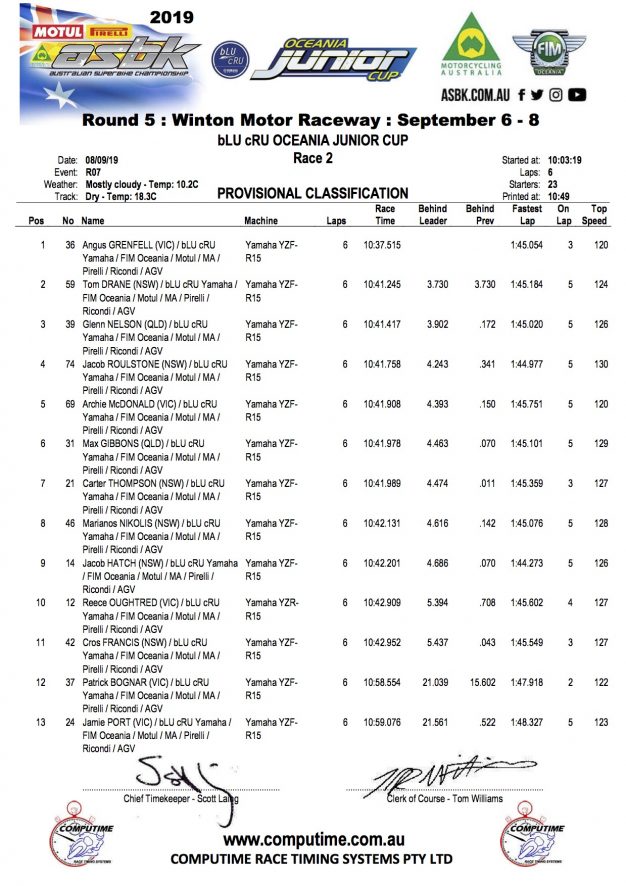