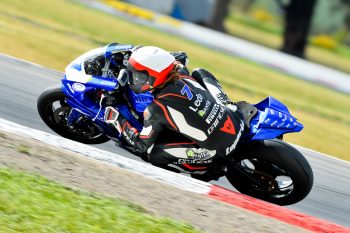 The Australian 600cc Supersport Championship is now Tom Toparis’ to lose after he scored another dominant round win at Victoria’s Winton Motor Raceway, which played host to round five of the Motul Pirelli Australian Superbike Championship (ASBK).
The opening twelve lap race saw Toparis being challenged for the lead by Cube Racing’s Oli Bayliss, before a mechanical problem forced Bayliss into an unfortunate retirement.

This left Toparis to ride to victory, beating Broc Pearson by 5.765 seconds, with South Australians Ty Lynch in third, picking up his first ever top three finish in the Supersport category, 2.122 seconds behind Pearson.

Race two was held on a damp but drying circuit. This time around Toparis had to defend attacks from both Bayliss and Pearson. However, from lap six until the end of the race, Toparis was never headed and managed to ride onto his seventeenth Australian Supersport race win, beating Bayliss by 1.358 seconds, which was his best finish to date in the Supersport class. In third, just .207 behind Bayliss was Pearson.

Toparis, who now has seven Australian Supersport round wins to his name expressed that race two was “insane” because of the weather.

“I didn’t really want to be at the front as the first person is doing the ‘donkey work’ and they will normally crash,” said Toparis. “Oli was really quick in the beginning. He was so good in tricky conditions. As the track started to dry out, I took a few more risks every lap. Every lap I just got a little bit quicker. In the end, I’m just so glad to be able to get another win,” he added.

Toparis labeled the weekend as ‘fantastic” and said his team had done a great job, considering they had very minimal dry track time.

“The Landbridge Transport Yamaha team got the job done and we have once again come out on top, which is a credit to them. Thanks to heaps to them, Yamaha Motor Australia and all my sponsors,” finished Toparis, who now leads the championship by 85-points from Pearson.

With a total of 102-points up for grabs in the rest of the 2019 season, all Toparis has to do is score 17-points at the next round of the championship at the Phillip Island Grand Prix Circuit, and the title will be his.

A 2-3 result was good enough for Pearson to finish in second place for the round. In race two, Pearson had to be patient, as it just wasn’t worth while throwing himself or the bike down the road in the sketchy conditions. The New South Welshman did come from a fair way back to catch up to both Bayliss and Toparis. In fact, he definitely did have much better pace in the mid-part of the race.

“When I caught up to both Oil and Tom and I found it a bit hard to make a pass on the pair of them,” said Pearson.

On the last lap Pearson managed to get up into second place. However, on the last lap at Turn nine he almost high sided coming out of the right-hand corner, which opened the door for Bayliss.

From fourth to seventh place was filled by Yamaha mounted riders with Kiwi’s Avalon Biddle in fourth from, Aidan Hayes, Jack Hyde and Jack Passfield, while Chris Quinn and Rhys Belling completed the top ten in ninth and tenth place respectfully.

In the Australian Supersport 300 Championship, Max Stauffer stretched his championship lead even further when he scored pole position, which handed him one point, and a 3-4-6 result. With a grand total of 51-points it handed him third for the round. More importantly, Stauffer went into round five with a 28-point lead in the championship and walked out the other side with a 39-point lead in the title fight.

“It’s been quite a testing weekend as I struggled a bit with setup,” said Stauffer. “Fortunately, I was able to score some solid points and we managed to extend our lead. I just have to keep my focus and do the same at the next round at Phillip Island in October,” added Stauffer.

Finishing second for the round ahead of Stauffer was Hunter Ford, who completed the weekend with a fourth, second and a .049 second victory in the third and final race of the weekend. Ford will have his work cut out for him to try and hold down third place in the championship. He heads into second last round of the year just five points ahead of his nearest rival.

The championship now heads back to the iconic 4.445km Phillip Island Grand Prix Circuit for the penultimate round, which takes places from 4 – 6 October. 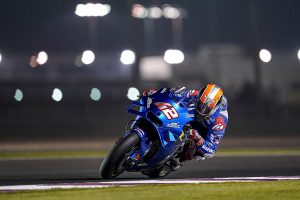 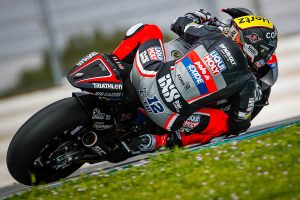 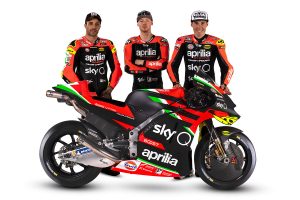